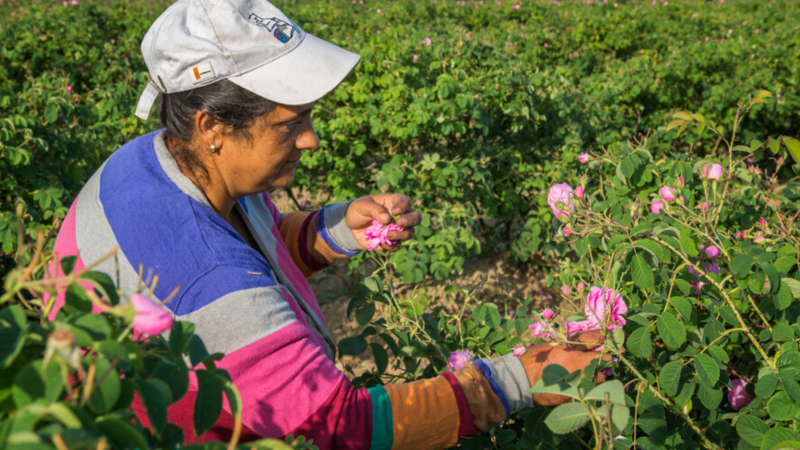 Georgi Vassilev, president of the association “Bulgarian paprika”, said that 22 of its members have signalled that they had received more money from an EU-funded programme than they should have. [Shutterstock/RaDoll]

Before you start reading today’s edition of the Capitals, feel free to have a look at the article “China ‘not an enemy’, but NATO must face growing role, NATO chief says“, by Alexandra Brzozowski.

Now that many European countries have started lifting lockdown measures and opening borders, make sure you stay up to date with EURACTIV’s comprehensive overview, which is regularly updated with the help of our network of offices and media partners. Also, check our country update pages, such as the one for Belgium and Croatia.

SOFIA. A videotape published by investigative website Bivol shows Bulgarian Agriculture Minister Dessislava Taneva telling fruit and vegetable producers to keep silent about an EU-funded programme which is reportedly plagued with irregularities. “I propose to be on the same board that there is no fraud and everything is OK, or otherwise they [Brussels] will stop this [financing]”, said Taneva. EURACTIV Bulgaria’s Krassen Nikolov takes a closer look.

Debates about police racism. On Monday (8 June), heated discussions on racism within German police forces continued following the nation-wide protests over the weekend.

Social Democratic co-chair Saskia Esken (SPD) has already called for the review of excessive use of force and racism within police forces and for an independent body to handle complaints. “In Germany, too, there is latent racism within the ranks of law enforcement, which must be recognised and combated through measures of internal leadership,” she told the outlet Funke Media Group. EURACTIV Germany’s Sarah Lawton looks into how other politicians reacted.

Washable face masks for French employees. The government wants to convince companies to supply cloth face masks to their employees rather than rely on imported surgical ones, despite the “overcapacity”, which some French industrialists who have converted to mask manufacturing have pointed to.

While about 450 French companies converted to mask manufacturing during the coronavirus health crisis, sometimes at the cost of additional investment, only “10% of companies have stocks” today, Secretary of State for the Economy and Finance Agnès Pannier-Runacher told radio network RTL on Monday (8 June). (EURACTIV.FR)

Tight deadline before flights resume. Ground handling company Swissport Belgium, responsible for 60% of handling at Brussels-Zaventem airport, has filed for bankruptcy after Brussels Airlines, its main customer, stopped flying on 21 March due  to the pandemic. Despite that, the Belgian airline announced it will put in place a contingency plan to ensure flights resume on 15 June, as planned according to the Belgian government’s deconfinement measures. In total, 1,469 jobs are on the line. (Alexandra Brzozowski | EURACTIV.com)

Government presents bailout for Austrian Airlines. After weeks of negotiations, which saw public threats of letting the airline go bust, an agreement on a bailout package has been reached between Austria’s coalition partners and the management of Austrian Airlines (AUA) and its parent company Lufthansa. AUA will receive €600 million, of which €150 million will come from Austrian tax money, €150 million from Lufthansa and €300 million from Austrian banks in the form of loans.

Should AUA default on the loans, the Austrian state would guarantee 90%, but would in return take hold of the company and the planes. (Philipp Grüll | EURACTIV.de)

No drama, please. The withdrawal of US troops from Germany should not be ‘dramatised’, Lithuania’s Foreign Minister Linas Linkevičius has said, after a senior US official told Reuters on Monday (8 June) that Washington will be pulling out 9,500 troops from the 34,500 currently deployed in Germany, following which Polish Prime Minister Mateusz Morawiecki said he hoped some of them would be redeployed to Poland. Lithuania would welcome US troops in Poland, as it’s “a single region [within the Baltic states] in the context of NATO”, he added.

Vilnius and Warsaw have recently signalled closer military cooperation and have agreed to coordinate a joint defence along the Suwalki Gap, which connects the Baltic states with Poland and is flanked by Belarus and the Russian exclave of Kaliningrad. (Benas Gerdžiūnas | LRT.lt/en)

Teachers protest on the last day of school. Italian trade unions invited teachers, principals and school personnel to strike against the government, which they accuse of not giving enough assurance for a safe return to school. Flash mobs and demonstrations happened all across the country: one of them was held in front of the education ministry in Rome. EURACTIV Italy’s Alessandro Follis has the story.

Latin America is the new COVID-19 epicentre. Latin America has become the new epicentre of the COVID-19 pandemic in recent weeks with more than a million cases. The next month will be crucial in slowing the progress of the outbreak in the region, according to Marcos Espinal, an expert at the Pan American Health Organisation. Read EFE’s article.

Another hot potato is tourism considering that Italy is still on the blacklist of Greece’s tourism plan, something that has irritated Rome. (Sarantis Michalopoulos | EURACTIV.com)

Madeira touts safe destination credentials. The Portuguese islands of Madeira and Porto Santo will reopen to tourism on 1 July. After almost four months without revenue from one of its main economic engines, the Atlantic archipelago’s regional government seems optimistic about the reopening, but experts caution that it might still be necessary to rethink the future of tourism. Rúben Castro has more.

Coronavirus record. On Monday (8 June), Poland recorded 599 new cases of coronavirus, a new daily record since the beginning of the pandemic. At the same time, almost all social restrictions have been abandoned, as masks in public places are not required and most restaurants and cafes are open. Łukasz Gadzała has more.

No mandatory quotas. The Czech Republic, Slovakia, Poland, Hungary, Estonia, Slovenia and Latvia have sent a joint letter to the European Commission – obtained by EURACTIV.cz’s partner Hospodářské noviny – in which they lay out their reservations about the EU executive’s new and soon-to-be-published pact on migration and asylum. Aneta Zachová reports from Prague.

President echoes European Commission’s concerns about the economy. “Our economic performance is no longer converging toward the European average. Whereas we seemed to be catching up with the EU’s average economic performance between 2003 and 2008, we have practically been stagnating since 2012,” President Zuzana Čaputová warned in her first State of the Republic speech before parliament, adding that the economic model relying on low wages and foreign direct investment has exhausted itself.

“The Commission concluded that our country had not taken advantage of the good times of economic growth and was lagging behind in areas that would be crucial to building prosperity in the future. We lag behind in the quality of our public administration, the quality of public services, education and digitalisation,“ the president said. (Zuzana Gabrižová | EURACTIV.sk)

Croatia ready to adopt the euro. The newest EU member state might enter the ERM II mechanism as planned, despite the turbulence caused by the coronavirus. According to Fitch Ratings’ latest report, Croatia will formally request the entrance in ERM II during the third trimester, around mid-July. After that, Croatia will be in the waiting room for two and a half years.

The Croatian government has announced that it has successfully fulfilled all 19 targets laid out by the Action plan, and is ready to adopt the euro as its currency. (Tea Trubić Macan, EURACTIV.hr)

Keeping with the restrictions. More restrictions will be lifted on 15 June but people cannot return to their pre-COVID normal life, the head of the emergency services said Monday (9 June). Bogdan Neagu reports from Bucharest.

Kosovo ready to continue dialogue with Serbia. Pristina is prepared to continue a dialogue with Belgrade, Kosovo President Hashim Thaci said on Monday (8 June), adding that “all the excuses Serbia have used to avoid it are now eliminated.” EURACTIV Serbia digs deeper.