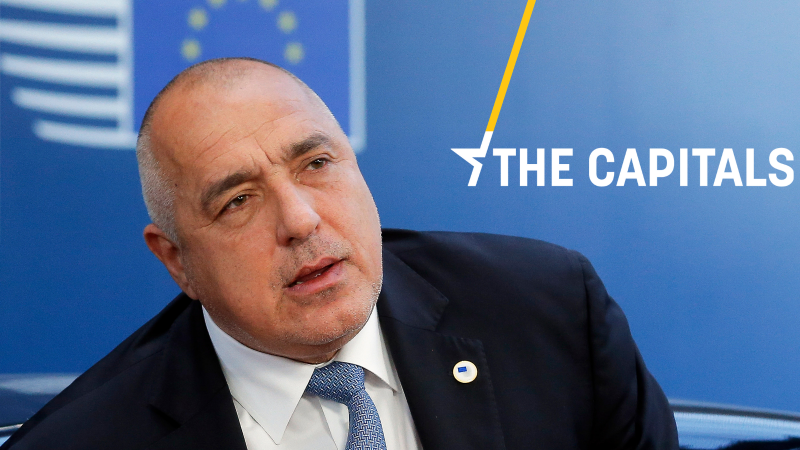 LNG dreams: Bulgarian PM Boyko Borissov said on Monday (29 April) that his country could import US LNG if the price were competitive, EURACTIV’s partner in Bulgaria Dnevnik.bg reported. He hinted that US subsidies could be the solution and that there were US funds to the tune of $1 billion available, but only added that “we are only starting the discussion”.

Borissov also said that on 20 May construction of the Bulgaria-Greece interconnector would officially start. The delayed pipeline should bring Azeri gas from the Southern Gas Corridor, but it could also bring US LNG from Greece to the ‘Balkan’ gas hub, yet to be built near the port of Varna.

Bulgaria is 100% dependent on Russian gas and will be double dependent on Russia and Turkey when the gas flows are re-directed. Until now, Bulgaria has been a transit country for Russian gas to Turkey. But as soon as the second leg of the Turkish Stream pipeline becomes operational, Russia is expected to end transit via Ukraine, and Bulgaria will get its supplies via Turkey.

Russia’s initial plan was to bring its gas to Varna under the so-called South Stream pipeline, but Bulgaria lost to Turkey after the European Commission found many irregularities in the Bulgarian-Russian inter-governmental agreement for South Stream. (Georgi Gotev, EURACTIV.com)

Guy bites back: Following news that the UK government has plans to increase university tuition costs for EU students enrolling at English universities after Brexit, ALDE leader Guy Verhofstadt has hit back.

“To our surprise, these reports seem to indicate that EU students could face drastic fee increases,” Verhofstadt wrote in a letter to Theresa May on Monday. He added that if such measures were adopted, it would “deprive our younger generations of academic opportunities”. (Samuel Stolton, EURACTIV.com)

Germany’s labor costs above EU average: The average cost of an hour of work in Germany rose 2.3% in 2018 to €35.00, the sixth highest in the EU, according to new data. That means a working hour cost 32% more in Germany than the EU average in 2018. The cost of a working hour in 17 countries across the bloc fell below the €26.60 EU average, including in the UK, Spain and Greece. (Claire Stam, EURACTIV.de)

Marcon’s leading candidate under fire again: Nathalie Loiseau, who is leading the LREM EU elections campaign, has been accused of trivialising homophobia in a comic book about Europe that she co-wrote. Critics suggested that the page dedicated to “diversity” was controversial, as it presented homophobia as cultural diversity among EU countries.

Fresh criticism came only a week after the LREM member was criticised for having been a candidate on a far-right student list during her university studies. (EURACTIV.fr) >>Read the full story

Post-election scenarios: With 123 seats in the 350-member lower chamber, socialist PM Pedro Sánchez can now choose between an alliance, or a coalition government, with either the Ciudadanos party or Unidas Podemos plus one or more regional parties, EURACTIV’s partner EFE reported.

EURACTIV’s Jorge Valero writes that the Ciudadanos option seems unlikely, although both sides are open to talks. Even if contacts start in the coming days, a decision could be postponed until the local, regional and EU elections take place on 26 May.

Podemos leader Pablo Iglesias said the results were hopeful since “the parliamentary weight of the progressive bloc exceeds that of the bloc of the three rightist” parties.

In the meantime, the PP’s Pablo Casado (EPP) postponed until today crisis talks following the historic defeat. The party obtained less than half of the current seats (66) and is struggling to defend its role as opposition leader within the right-wing bloc, challenged by Ciudadanos.

>>See the different scenarios in El Pais: What do the possible governing deals look like?

Puigdemont excluded from EU vote. Following appeals filed by the PP and Ciudadanos, Spain’s election authorities have banned Catalonia’s former president, Carles Puigdemont, who fled the country in 2017 after a secession attempt, and members of his government Antoni Comín and Clara Ponsatí from running in the upcoming EU polls.

Puigdemont said the move was a “legal scandal and a coup to democracy”. (AFP, Euroefe.euractiv.es)

He added that Southern Europe has abandoned neoliberalism and called on Spanish socialists to form a progressive government against the far-right Vox party. (EURACTIV’s partner Athens-Macedonian News Agency)

‘Whatever it takes’: “No one will ask from Italy those €23 billion after the EU elections,” Matteo Salvini has said, referring to the amount of money Rome needs to find to avoid unpopular VAT hikes.

Salvini is convinced that after the May vote, Brussels will change its stance towards Italy. “We won’t increase the sales tax, whatever it takes,” he added. (Gerardo Fortuna, EURACTIV.com)

Polexit?: Former Polish PM Leszek Miller has questioned Jean-Claude Juncker’s insistence that a ‘Polexit’ is unlikely. Miller said the ruling Law and Justice (PiS/ECR) is slowly moving towards Polexit, keeping the country on the lowest possible level of EU integration.

On the other hand, PiS leader Jarosław Kaczyński said that every “patriotic Pole” should support Poland’s EU membership, as it is vital for Poland’s development. However, Juncker has revealed that he wanted to meet with Kaczyński a year ago, but his offer was declined. (Łukasz Gadzała, EURACTIV.pl)

Anti-Babiš protests: Thousands of citizens took the streets of several Czech cities on 29 April to oppose PM Andrej Babiš’s decision to appoint Marie Benešová, a close ally of President Miloš Zeman, as the new justice minister. The opposition says it is an attack against the independent judiciary.

In the meantime, the state attorney’s decision on whether to press charges against Babiš in the case of EU subsidies fraud remains the main debate in the country.

Own solution for dual quality: The Czech Republic is not happy with the final version of EU rules for dual food quality. That’s why the ministry of agriculture proposed to ban the practice and impose a fine of up to €2 million. (Aneta Zachová, EURACTIV.cz)

Society, not judges, to defend democracy: Slovakia’s supreme court has dismissed a motion to dissolve the far-right LSNS party, whose leaders deny the Holocaust and face multiple criminal charges.

General Prosecutor Jaromír Čižnár submitted the lawsuit in May 2017, claiming that it is “an extremist party with fascist tendencies”, according to Denník N. But the judges said he failed to submit sufficient proof that the party is an immediate threat to democratic society.

Čižnár also cited the fact that the party supports leaving NATO and a petition for a referendum to leave the EU. The court ruled that both issues were not relevant. Read more. (Zuzana Gabrižová, EURACTIV.sk)

Irregular billions: According to the State Audit Institution of Serbia, €1.83 billion of budget funds were spent irregularly in recent years. The beneficiaries of public funds responsible for the biggest mistakes and irregularities were municipalities, townships, public enterprises, community services and healthcare institutions. (Beta-EURACTIV.rs)

Merkel and Macron: Kosovo and Serbia have agreed at a summit in Berlin to resume talks, after the leaders of France and Germany warned them that resolving their dispute was crucial to future ties with the EU. The two leaders said the North Macedonia name change deal was a role model in the region. (AFP)

Will China help ailing shipyard?: Croatian PM Andrej Plenković said talks with representatives of the China Shipbuilding Industry Corporation (CSIC) about the Uljanik and 3rd May shipyards were “very substantive, detailed and open”. Hu Wenming, CEO of CSIC, said that they brought lawyers and investment bankers who will give their opinion on a possible business venture. (Željko Trkanjec, EURACTIV.hr)

Another entity: Bosnia-Herzegovina’s former high representative Christian Schwarz-Schilling has been quoted as saying that Milorad Dodik, chairman of BiH’s presidency, is closely cooperating with Dragan Čović, leader of the Croatian party HDZ BiH (EPP) encouraging him to establish a third entity. That would mean the division of the Federation of BiH and eventually of Bosnia itself. (Željko Trkanjec, EURACTIV.hr)