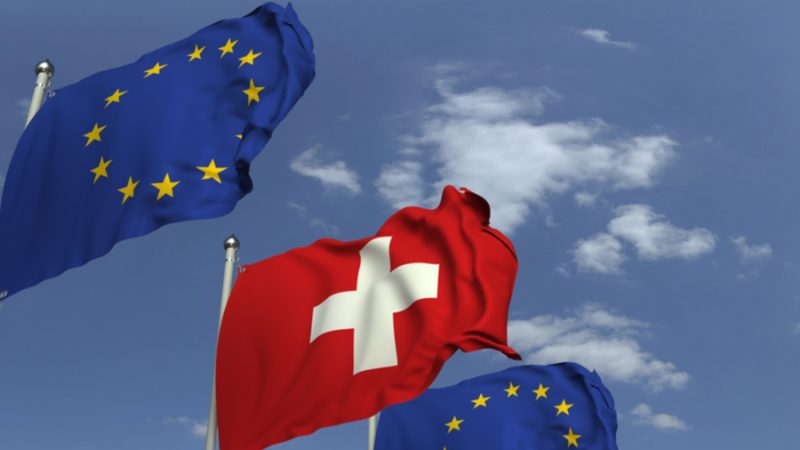 Slovenia's Foreign Minister Anže Logar met his Swiss counterpart Ignazio Cassis in Ljubljana on Thursday (18 November), with the pair calling for trust between the EU and Switzerland to be further enhanced. Photo: Alexfan32, Shutterstock

Slovenia’s Foreign Minister Anže Logar met his Swiss counterpart Ignazio Cassis in Ljubljana on Thursday (18 November), with the pair calling for trust between the EU and Switzerland to be further enhanced. The breakdown of the talks on the EU-Switzerland cooperation agreement and other possible options for strengthening cooperation topped the agenda.

After Switzerland unilaterally withdrew from the talks in May, EU-Switzerland relations hit a snag, only to be given a new impetus when Cassis visited Brussels this week, where ways for moving forward and building trust were discussed with the EU Commission.

Against this backdrop, Cassis visited Slovenia as the country currently presiding the Council of the EU, a move described by Cassis as a clear signal that his country was serious about the EU.

After meeting with Logar, he said that the cooperation agreement was too big a step forward for Switzerland. He noted that Switzerland was not withdrawing in terms of its relations with the EU, and it wanted to focus on smaller steps forward for the time being.

The main reason for visiting Brussels was to “find a solution and to restore trust”.

Logar agreed that close relations and trust between the EU and Switzerland were important. “Without trust, it is impossible to reach an agreement,” he said, adding that the Slovenian presidency would do everything in its power to “restore this trust”.

The Slovenian minister expects that talks between the EU and Switzerland will continue. “The two entities are so connected that I believe there is no room for a strategy in which there would be losers,” he said.

It is important that both parties are satisfied with the final result, according to Logar.

The ministers also agreed that Slovenia and Switzerland currently have very close relations and excellent economic cooperation, which could be further strengthened.

Logar noted that Switzerland was Slovenia’s second most important trade partner and third most important investor in the country. The figures have been increasing in recent years despite the COVID-19 pandemic, he added.

He also noted the decision of the Swiss pharmaceutical company Novartis to move part of its production of the Covid-19 vaccine to Slovenia, adding that cooperation could also be enhanced in construction, renewables, digitalisation and e-mobility.