Spain’s Constitutional Court and the conservative government in Madrid have blocked previous secessionist challenges and the government has said it will block any further attempt to hold a referendum.

According to the bill, written jointly by the parties which favour secession, the referendum will pose a binary question asking voters whether they want Catalonia, a wealthy region in northeastern Spain, to become an independent nation. 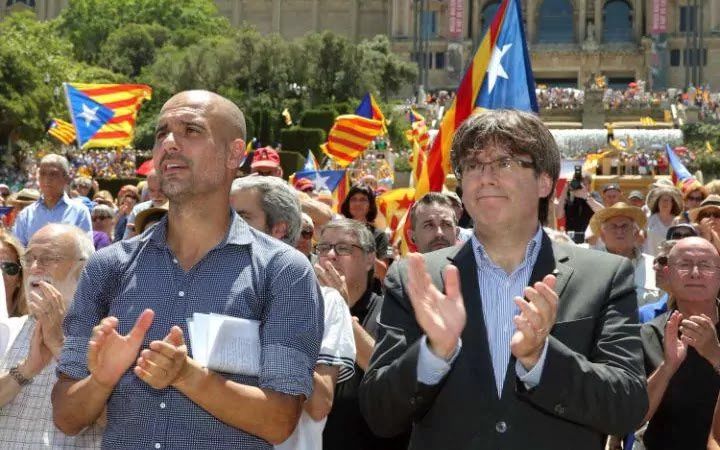 Manchester City manager Pep Guardiola yesterday (11 June) joined thousands of protesters in Barcelona to call for independence for the Spanish region of Catalonia.

The bill sets no minimum participation for the referendum’s outcome to be valid.

In 2014, Catalonia held a non-binding election on whether the region should be independent despite pressure from Madrid. While more than 80% agreed, turnout was low, at around 2.2 million out of 5.4 million potential voters.

Catalonia’s regional government has said that while details of the bill will be debated in the coming weeks, a formal draft will not be sent to the Catalan legislature until August, in an effort to forestall the Constitutional Court blocking the legislation.

The bill’s announcement comes at a difficult time for the regional government led by Carles Puigdemont.

On Monday, Puigdemont fired a senior member of his cabinet for expressing doubt over the viability of plans to hold the referendum, highlighting tensions between different elements of the governing pro-independence coalition.

The Catalan government also faces technical challenges and has so far been unable to secure ballot boxes for the planned referendum.