A fervent supporter of Catholic values, Szájer was the leader of the delegation of Viktor Orbán’s Fidesz party in the centre-right European People’s Party in the European Parliament.

In a statement, the Hungarian MEP confirmed his presence at what he described as a private party.

“After the police asked for my identity – since I did not have an ID on me – I declared that I was a MEP,” Szájer declared.

According to Szájer, the police found an ecstasy pill in his backpack, which he denied was his or having knowledge of who and how it had been placed there. The politician offered “the police to make an instant test, but they did not do it.”

The Brussels prosecutor’s office confirmed in a statement that police responded to a nocturnal noise complaint from neighbours and found about twenty persons in an apartment, in breach of COVID-19 restrictions, most of whom were naked and two of whom invoked diplomatic immunity.

Following a report of a passer-by of “a man fleeing along the gutter,” an officer identified the man named “S.J. (1961)” – the MEP’s initials and year of birth – with bloody hands, injuries that the police said may have been acquired while fleeing.

After the police found narcotics on the man they escorted him home, where he showed a diplomatic passport.

“Criminal proceedings could only be brought after the waiver of the diplomatic or parliamentary immunity of the above-mentioned persons by the competent authorities,” the statement read.

Szájer resigned on Sunday from his post of MEP after what he then said was “a long period of reflection,” citing the “strenuous give-and-take of participating daily in the political struggle has become an ever-greater burden.”

Following press reports in which he was named, on Tuesday Szájer was more explicit.

“I apologise to my family, to my colleagues, to my voters. I ask them to evaluate my misstep on the background of thirty years of devoted and hard work. The misstep is strictly personal, I am the only one who owes responsibility for it. I ask everyone not to extend it to my homeland, or to my political community,” he added.

Szájer, one of the founding members of Orbán’s Fidesz party, served four terms in the Hungarian parliament, before moving on to the European stage as an MEP in 2004, where he served for 16 years. From 2009-2019, he served as chief whip and vice-chairman of the European People’s Party.

Szájer was one of the main authors of Hungary’s Constitution that proclaims that “Hungary shall protect the institution of marriage as the union of a man and a woman,” the text of which he admitted having partly written on his iPad in an exclusive interview for EURACTIV in 2011.

After Szájer’s announcement of his resignation on Sunday, the Fidesz-KDNP Delegation thanked the politician “for playing a crucial role in enabling Hungarian civic conservatism and Christian democracy to take their rightful place on the European political scene.”

The scandal is yet another embarrassment for the EPP, where the idea of kicking out Fidesz is making its way.

If Szájer had produced his Hungarian ID card instead of identifying himself as an MEP, he would likely just have been fined for breaching the COVID restrictions – and probably would have remained anonymous as the rest of the people attending the “private party”. 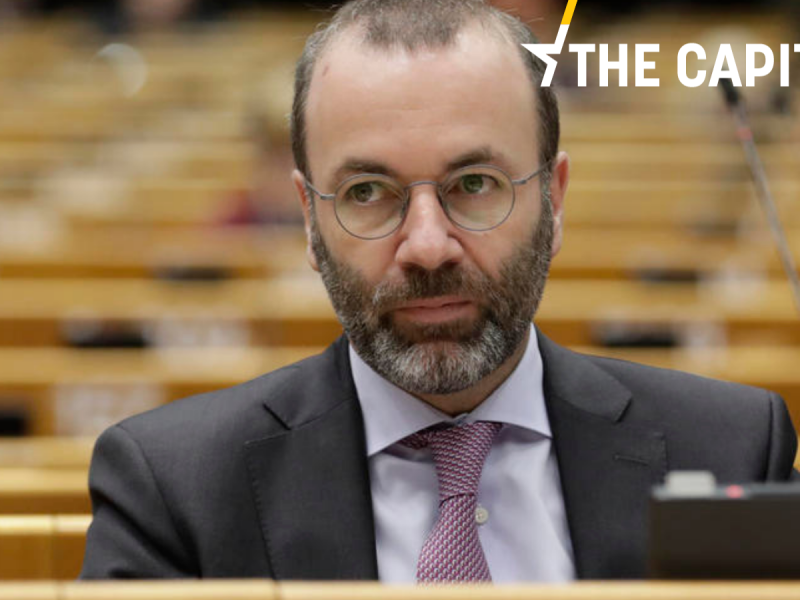 In today’s edition of the Capitals, find out more about protesters opposing the new law making it a crime to circulate identifying images of law enforcement, Slovakia’s intelligence chief saying Chinese diplomats offer Slovak public officials prostitutes and free trips to China, and so much more.