As the new European Commission finally begins its work, it is Berlin’s turn to come to a political standstill. It’s a problem for Germany but also for the European Union.

Fourteen months after winning the presidency of the Christian Democratic Union (CDU), Annegret Kramp-Karrenbauer, earlier touted as Angela Merkel’s possible successor as Chancellor, has fallen victim to the political crisis in the former GDR state of Thuringia.

On Monday (10 February), she spoke in Berlin to explain her resignation. “Party leadership and candidacy for chancellor must remain in the same hand,” she said. The fact that this had not been the case had weakened the party at a time when a powerful and influential CDU was needed, she said.

Kramp-Karrenbauer said the decision had “matured and grown within (her) for quite some time”.

She intends to remain in office until the party conference in December, to organise the transition and find a candidate for chancellor. North-Rhine Westphalia Premier Armin Laschet and political rivals Friedrich Merz and Health Minister Jens Spahn are considered to have the best chances of succeeding Kramp-Karrenbauer. 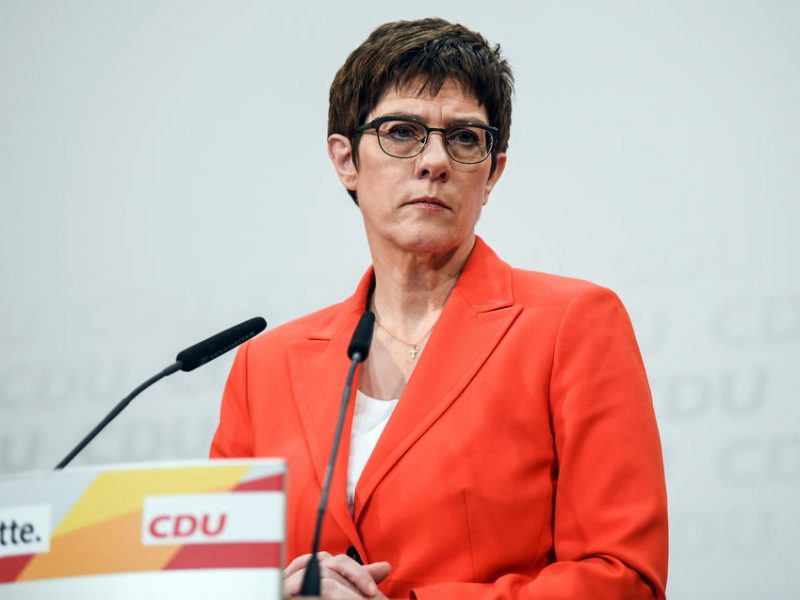 Once synonymous with stability, the CDU is now facing a decision about personnel and direction.

That means to settle its internal conflicts, define its position vis-à-vis the far-right Alternative for Germany (AfD) and enforce the new common line in the various regional offices, some of which have divergent views.

EPP Group leader Manfred Weber (from CDU’s Bavarian sister party CSU) described the stepping down Kramp-Karrenbauer as “a sign of growing instability among the centre parties”.

“Throughout Europe, all centre-right parties must clearly draw their red line to radical right-wing tendencies,” Weber told German daily Die Welt. This was “the only way to seek a clear demarcation” and the approach by Kramp-Karrenbauer was “right,” he said.

Annegret Kramp-Karrenbauer’s resignation follows that of Andrea Nahles of the social-democratic party (SPD) and adds to the political turmoil within the Liberals of the FDP whose candidate Thomas Kemmerich was forced to resign following the country-wide uproar after his election thanks to the support of the AfD.

This means that three of the main political parties in Germany are simultaneously in the midst of a political crisis. 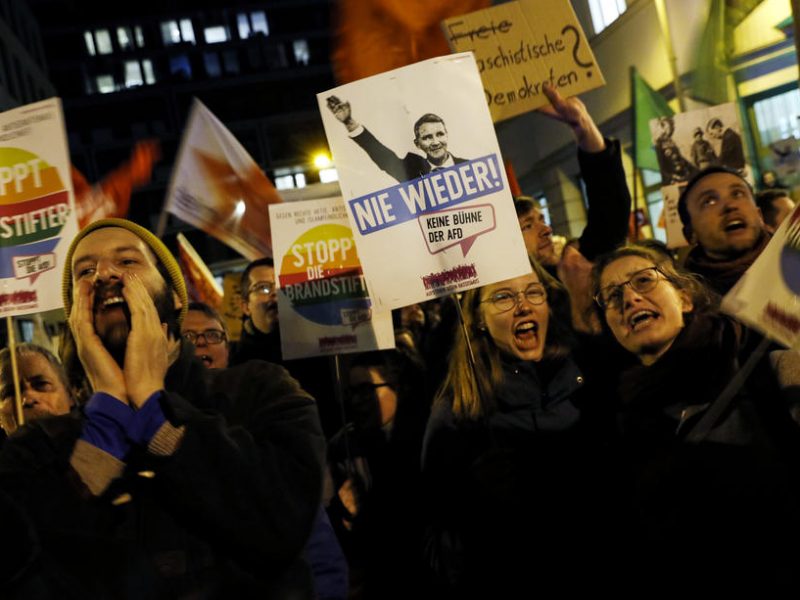 “The crisis that the CDU is currently going through weakens Angela Merkel politically at home, because the succession arrangement she was striving for has failed with the announced withdrawal of Annegret Kramp-Karrenbauer,” Daniela Schwarzer, Director of the  German Council on Foreign Relations, explained to EURACTIV.

It is currently unclear whether early elections will be held. “Until now, the widespread dictum in Berlin has been that coalition partners have no interest in burdening the German EU presidency with new elections or coalition negotiations,” she added.

The current political crisis further reinforces Germany’s inward-looking attitude and lack of European political ambition at a key moment in the Union which needs the country’s full political weight: Berlin will take over the rotating EU Presidency on 1 July.

“The question of the party’s chairmanship focuses attention on domestic political issues. This concerns above all the CDU as a party, but will also require the energy of members of the federal government,” Schwarzer underlined.

She stressed that when Germany takes over the EU Council Presidency on 1 July 2019, it will need political strength to help tackle the major issues on the European policy agenda in the second half of 2020: the negotiations on the future relationship with the United Kingdom, which should be concluded before the end of the transition period on 31 December 2020, the negotiations on the Multiannual Financial Framework, if they have not yet been concluded, the EU-Africa Summit and the EU-China Summit in Leipzig in September.

“Chancellor Angela Merkel will have a strong role as mediator,” the foreign policy expert said. She explained the EU Council Presidency demands from everyone a great commitment as a moderator and fair mediator among the interests of the member states in order to achieve compromises. “In the case of the EU-China Summit, preparation is of particular importance in order to achieve a united position of the 27 EU Member States on the issues raised and to jointly summon up the political strength to address critical issues with China, such as human rights violations or lack of transparency in the outbreak of the corona virus,” she said.

For Guntram Wolff, economist and Director of international economics think-tank Brügel, this inward-looking means above all a lack of a European vision on the part of Berlin. “I think the German Presidency will be conducted without great political ambitions. This does not mean that no decision will be taken. But the overall approach on Brexit will be of administrative nature, whereas the MFF will be rather unambitious because it will be about preserving the acquis. Of course, I hope I’m wrong, but I really think it will take time for Germany to clearly define its European policy,” he told EURACTIV.

The CDU crisis also takes its toll on the French-German relationship. “No major initiatives are to be expected at the level of heads of state after the recent events. This seems to have been frustrating the French President for some time now. He has combined an internal reform agenda with ambitious proposals for the further development of the EU,” Daniela Schwarzer said.

Because of the German federal elections in the second half of 2021 – at the latest – and the presidential elections in France scheduled for the first half of 2022, the window of opportunity for major initiatives at EU level will soon close, she added. 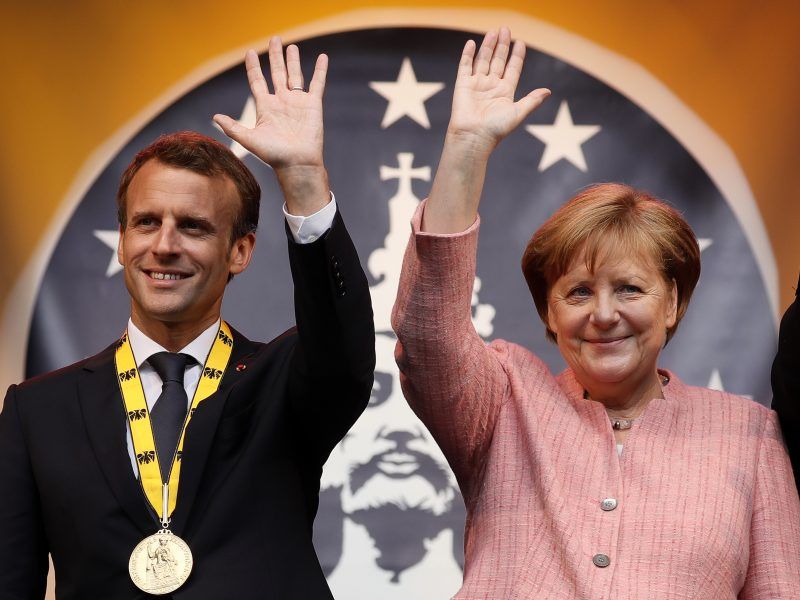 It is hard not to see Emmanuel Macron’s influence in Ursula von der Leyen’s speech presenting her team of Commissioner-designates, or in the amount of top EU jobs obtained by France. But the idea of a powerful Europe is also seducing the Germans. EURACTIV France reports.

At the operational level, however, the implementation of the Aachen Treaty is underway, which intensifies Franco-German cooperation, and bilateral parliamentary cooperation is also being promoted, she pointed out.

“However, this cannot replace the joint political will of the President and the Chancellor. The political agreement between Germany and France, which has almost always involved a struggle between different starting positions in the history of the EU, and the inclusion of EU partners in the discussion on achieving European progress requires visible commitment at the highest level in both countries,” she said.