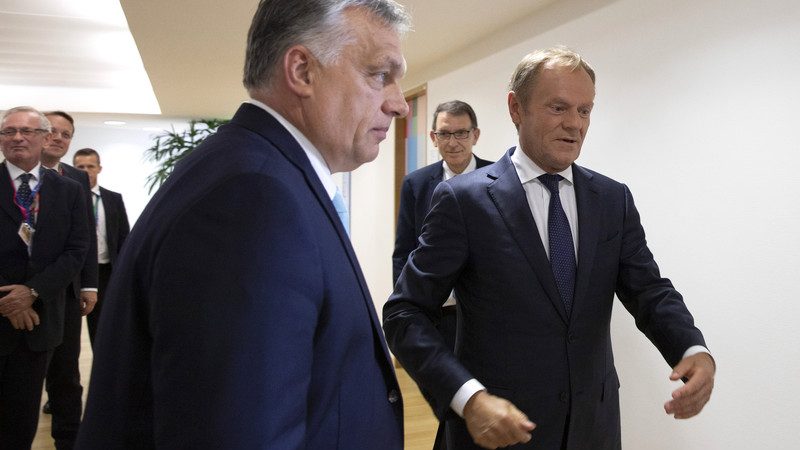 Germany and France's centre-right parties did not sign the letter. [EPA/ VIRGINIA MAYO]

Thirteen of Europe’s centre-right political leaders have asked Donald Tusk, the president of the conservative European People’s Party (EPP), to expel Hungarian Prime Minister Viktor Orbán’s Fidesz party from its ranks, according to a letter seen by EURACTIV.com.

Germany’s powerful CDU and CSU parties, as well as France’s centre-right parties, are not among the signatories. Slovenia’s new Prime Minister Janez Janša, who has been an ally of Orbán in recent years, did not sign the letter either. 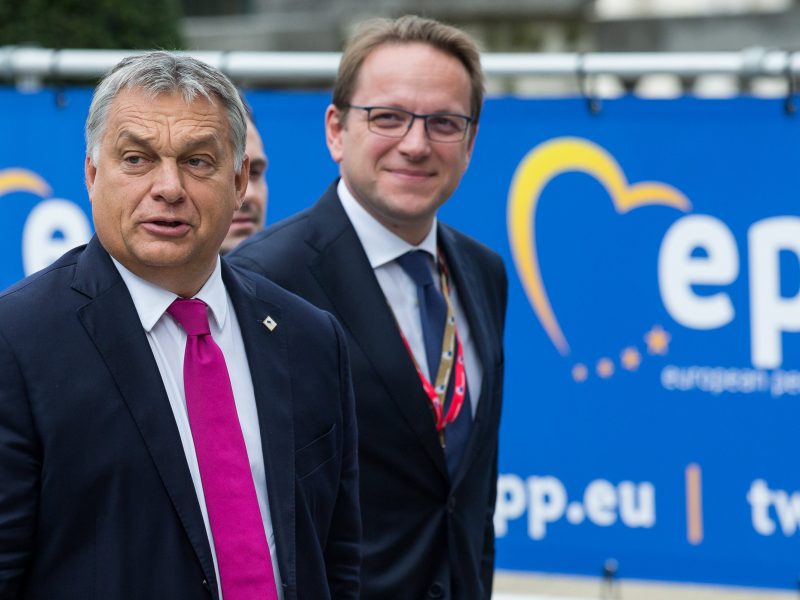 “The law passed by the Hungarian parliament on 30 March, which allows the Hungarian government to indefinitely extend the country’s state of emergency and allows Prime Minister Viktor Orbán to rule by decree, this is a clear violation of the founding principles of liberal democracy and European values,” the letter states.

“The fight against COVID-19 requires extensive measures, however, the virus cannot be used as a pretext to extend the state of emergency indefinitely. We fear that Prime Minister Orbán will use his newly achieved power to further extend the government’s grip on civil society,” it adds.

The Fidesz party’s EPP membership is currently suspended. In January, Tusk did not secure the proper majority to expel it from Europe’s oldest and biggest political family because of opposition from some centre-right leaders. Instead, the temporary suspension was prolonged.

“We have followed the degradation of the Hungarian rule of law for some time. Fidesz is currently suspended from the EPP due to its failure to respect the principle of rule of law. However, the recent developments have confirmed our conviction that Fidesz, with its current policies, cannot enjoy full membership in the EPP,” the conservative leaders added.

“We wish to express our full support to President Donald Tusk and the entire EPP leadership in upholding the integrity of our political family. We call on the expulsion of Fidesz from the EPP in accordance with article 9 of the EPP statutes,” the letter concluded.

EURACTIV was informed that also the Maltese conservative leader, Adrian Delia, sent a separate letter to Tusk saying an extraordinary EPP summit should be held to discuss the matter and he fully backed the position of the thirteen centre-right leaders.