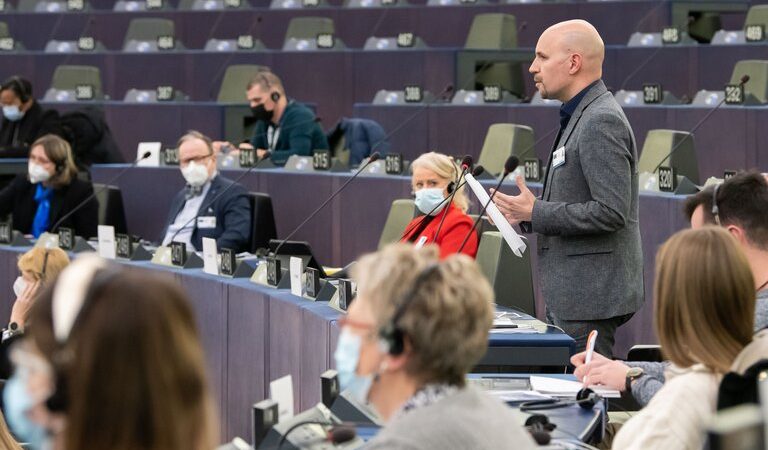 Conference on the Future of Europe - Plenary I: values and rights, rule of law, security [European Parliament]

Citizens contributing to the Conference on the Future of Europe (CoFoE), the EU’s democracy engagement project, have made recommendations to widen the rule of law across member states, following views that there is a systemic conflictual climate between Poland and the EU.

The second European Citizens’ Panel, on democracy, values and rights, the rule of law and security, finalised their recommendations last December in Florence.

MEP Guy Verhofstadt said that the European Court of Justice should play a bigger role on the implementation of the rule of law, for instance that the Court should have the power to impose sanctions on countries that don’t comply.

Věra Jourová, the commissioner for values and transparency, said that the mechanisms in place are not used enough, during an event organised at the Hambach Democracy Dialogue of the Friedrich-Ebert-Stiftung.

“The fathers and mothers of the Lisbon Treaty did not predict that such problems, which we see in Hungary and Poland, could occur in the EU. There was the happy illusion that the rule of law and fundamental rights would have never been challenged,” she said.

She went on to state that the CoFoE can provide guidelines on how to empower the EU in implementing the rule of law more effectively.

As part of the CoFoE, participating citizens asked to edit the conditionality regulation (adopted in December 2020) in order to make it applicable “to all breaches of the rule of law rather than only to breaches affecting the EU budget”.

“The current phrasing of the conditionality regulation is self-protective of the EU’s budget and of the EU’s institutions rather than the citizens of the Member States concerned,” the recommendation said.

“Member States should be obligated to send socially diverse national delegations to the conference that include both citizens and civil servants,” the proposal said.

Media independence was another issue frequently raised in the recommendations. The proposals asked for this to be ensured via the development of a minimum standards directive for media independence.

On anti-discrimination, citizens said that the EU should provide criteria to protect minorities, women, youth, the elderly, and people with disabilities in the labour market. The proposals included introducing a two-stage EU law, that would “first, provide subsidies to hire employees from certain categories susceptible to discrimination,” and second, ensure that the law will “oblige employers to employ such groups for a minimum period.”

They also suggested inclusive measures to support employees, for instance, asking companies to provide kindergartens or playgrounds for workers’ children and give incentives to companies to build them.

Participants at the CoFoE have emphasised the role of civil society in implementing violations of the law, alongside governmental legislative processes.

At the event organised at the Hambach Democracy Dialogue of the Friedrich-Ebert-Stiftung on how to empower citizens through the CoFoE, Éva Tessza Udvarhelyi – the head of office for community participation at the opposition-led municipality of the 8th district in Budapest – emphasised that Hungary and Poland are not just their governments.

Local civil society organisations are a crucial part in opposing to rule of law violations, she said.