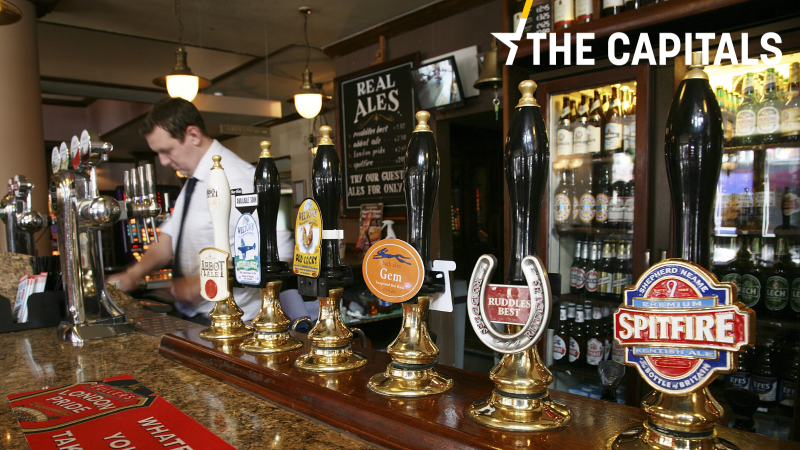 Before you start reading today’s edition of the Capitals, feel free to have a look at the exclusive interview with Chief European Prosecutor Laura Codruța Kövesi, conducted by EURACTIV Slovakia’s Radovan Geist and Zuzana Gabrizova.

Also, you can find out how bikes are taking over European cities thanks to the pandemic.

Pubs face last orders. Four in 10 British pubs, one of the most recognisable symbols of the country, face going out of business by September unless they get further financial support from the government to compensate them for lost business from the coronavirus pandemic. EURACTIV’s Benjamin Fox has the details.

Growing criticism of border closures. Interior Minister Horst Seehofer’s (CSU) decision on Monday (4 May) to extend border closures until 15 May has been criticised by members of the Bundestag and the European Parliament, including from Seehofer’s own party, who, in a letter dated 7 May, are demanding an end to the “barricades and barriers in the heart of Europe.”

The letter highlights the difficulties for people who live in border regions and are separated from their families, friends, or workplaces. A series of demonstrations in several border towns have been planned for Saturday (9 May) in honour of Europe Day.

Meanwhile, Germany’s health institute known as the Robert Koch Institute has ended its regular press briefings about the spread of coronavirus. While the agency had already reduced its daily briefings to twice a week, it will now only provide data online and hold press conferences on specific occasions. (Sarah Lawton | EURACTIV.de)

France split in two. Yesterday, the French government unveiled a deconfinement plan that will kick off on Monday (11 May) and will have the country divided into two zones. EURACTIV France looks into what this deconfinement plan will look like.

Counting exercise. From Sunday, citizens will be allowed to receive up to four other people at home, always the same ones. Upon announcing the new relaxed measure, experts and politicians said the government is counting on people’s common sense and sense of responsibility to keep respecting the measures, with some already expressing concern that any relaxation on social gatherings could potentially cause a second wave. “If we are asking for four, we have a good reason,” Belgium’s Deputy Prime Minister Alexander De Croo said. Alexandra Brzozowski has the details.

Austrian Airlines could face insolvency. Austria’s flag carrier, Austrian Airlines AG announced on Thursday (7 May) it would be letting go 1,100 of its 7,000 staff until 2023, while those who remain would have their salaries cut by at least 13% with potentially even bigger cuts for high earners, according to media reports.

As the group continues to lead public bailout negotiations with the government, for which the Austrian Greens already announced they would insist on sustainability measures as one of the conditions, state secretary in the Austrian ministry for climate protection, environment and transport, Magnus Brunner (ÖVP) has said that insolvency of the flag carrier could not be ruled out. (Philipp Grüll | EURACTIV.de)

Basic income experiment boosted mental well-being. The final report on Finland’s two-year basic income experiment, carried out over the course of 2017 and 2018, was published on Wednesday (6 May). Although the findings show that the experiment had some positive effects, it did not, however, result in becoming a stepping stone for employment and working life for most participants, who had all been unemployed when embarking on the experiment. EURACTIV’s Pekka Vänttinen has the story.

Government talks commence. Fine Gael, Fianna Fáil and the Green Party have put their heads together for the first time since February’s general election, in a bid to thrash out an agreement to form a government.

The three parties released a joint statement saying they “hope this will be the first of many meetings and all parties have agreed to keep this process confidential until it is completed.” Party leaders Leo Varadkar, Micheál Martin and Eamon Ryan, for Fine Gael, Fianna Fáil and the Green Party respectively, believe that an agreement can be reached by early June. (Samuel Stolton | EURACTIV.com)

Hospitals reach ‘new normality’. Hospitals in Spain, one of the countries most affected by coronavirus, are feeling less pressure and are progressively achieving this “different and new normality”, according to Fernando Simón, director of the Health Ministry’s Emergency Coordination Centre. They are recovering their activity, delays in consultations and surgeries and waiting lists “as efficiently as possible.” EURACTIV’S partner EFE reports.

Post-COVID era causes financial headaches. The economic implications of the COVID-19 crisis cause more concern among Greeks than the spread of the virus itself, according to a new poll conducted by Skai TV channel. Some 66% of Greeks say the financial situation of their family will be heavily affected in the coming months.

According to the European Commission’s Spring 2020 Economic Forecast, Greece is projected to post the worst recession in the Eurozone of 9.7% while 160,000 jobs are expected to be lost. (Sarantis Michalopoulos | EURACTIV.com)

For the time being, it is not known when the new elections will be announced, but under this agreement, the parliament’s lower chamber, the Sejm, adopted a law on postal voting, which was rejected by the Senate in its entirety. However, to ensure the date of elections can be moved, which Gowin believes would likely take place in early July, the law is also likely to be amended this week.

PM under CONT scrutiny. Czech authorities should deal with the continuing conflict of interest of Prime Minister Andrej Babiš, who still influences the Agrofert holding and draws money from EU funds, MEPs sitting on the Parliament’s Budgetary Control Committee (CONT) agreed Thursday (7 May). The committee discussed a report from MEPs’ February mission to Czechia and called on the prime minister to either resign, sell his business interests or stop receiving public subsidies if his alleged conflict of interest is proven.

Tourism confusion. Since the start of the week, cafes and restaurants with open-air spaces, as well as beaches, have opened in Hungary except in Budapest, where strict restrictions continue to apply. This has prompted many Hungarians with summer homes outside the capital to consider leaving the city for the countryside. Read more.

Defence minister resigns. Hours after Defence Minister Damir Krsticevic said that the two Croatian Air Force members had been killed in the crash of a military trainer aircraft near Zadar on Thursday (7 May), he announced his resignation without further explanation. “As of today, I am resigning from the position of deputy prime minister and minister of defence,” Krsticevic said at an extraordinary press conference, adding that it would be an accident to investigate because “we must always be transparent about everything”.

In other news, the government on Thursday (7 May) sent a draft 2020 budget revision to parliament, which reduces revenues by HRK 23.2 billion to almost HRK 122 billion and keeps expenditures at HRK 147.3 billion. Finance Minister Zdravko Maric said the revised budget was appropriate in the current circumstances and that it ensured the functioning of the state.

PM Andrej Plenkovic said Croatia would be in a better situation if it were a member of the euro area at a session of the national council for introducing the euro as Croatia’s official currency. ‘’We would have financing in crisis situations via the European Stability Mechanism, which provides loans for euro area members and its capacity is €700 billion.”, he said. (Karla Junicic, EURACTIV.hr)

COVID-19 clusters. The increase of COVID-19 cases in Bulgaria is largely due to people flying in from abroad and to clusters in nursing homes, authorities said on Thursday (7 May). The total number of confirmed cases in the country lies at 1,829, of which 192 are medical staff.

Parliament lifts state of emergency. On Wednesday evening (6 May), the Serbian parliament adopted a proposal to abolish the state of emergency introduced on 15 March due to the coronavirus pandemic, as well as the bill confirming the validity of the government’s decrees, along with the signed approval by the Serbian president, passed while the state of emergency was in effect. “Serbia has a reason to be proud,” Prime Minister Ana Brnabic said during the debate in parliament, adding that a large number of Serbian citizens should also be credited with the success in fighting the pandemic.

In other news, for the first time since 2003, the US-based NGO Freedom House did not rank Serbia among “semi-consolidated democracies” in its report. Instead, the NGO put Serbia in the “hybrid regimes” category based on authoritarianism as a result of incomplete democratic change. EURACTIV Serbia has the full story.