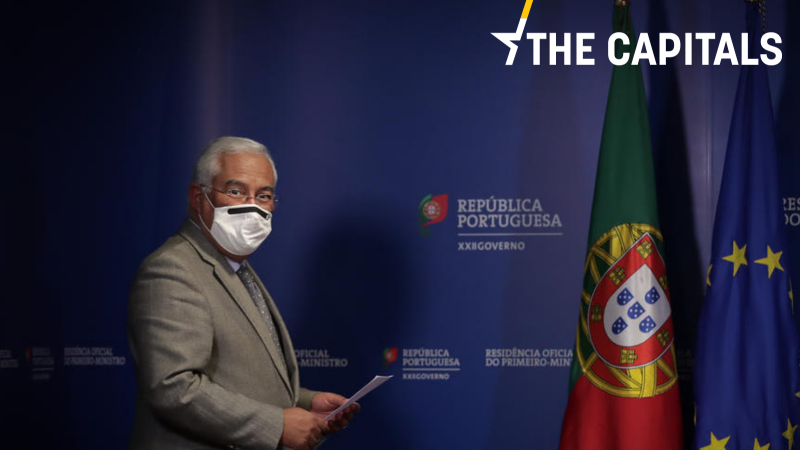 Diplomats told EURACTIV that Lisbon fears that when it takes over the EU presidency, it will have to deal with the “hot potatoes” of Brexit and the rule of law, considering that both files are close to reaching a deadlock. [EPA-EFE/MARIO CRUZ]

Before you start reading today’s edition of the Capitals, feel free to have a look at the article “EU’s chemicals strategy to face animal-testing test” by Gerardo Fortuna as well as the story “Europeans ‘effectively denied access’ to decisive cancer biomarkers” by Natasha Foote.

EU member states are divided over Europe’s future, Portuguese Prime Minister António Costa told a conference in Lisbon on Monday, where the plans for the country’s EU Council presidency due in January 2021 were discussed.

Diplomats told EURACTIV that Lisbon fears that when it takes over the EU presidency, it will have to deal with the “hot potatoes” of Brexit and the rule of law, considering that both files are close to reaching a deadlock. Read more.

EU health agency calls German COVID-19 measures insufficient. In a new report, the ECDC puts Germany in a group with eight other countries whose coronavirus measures are insufficient to curb the spread of the virus. The agency states that there won’t be a downward trend in Germany until the country reinstates measures similar to those in April. Chancellor Angela Merkel will again meet with the 16 state leaders on Wednesday to decide on possible new measures. (Sarah Lawton | EURACTIV.de)

Belgian minister puts reopening of hospitality sector on the table. The reopening of shops and the hospital sector must be seriously considered at the next meeting of the consultation committee on Friday, the Minister of the Middle Class, SMEs, and Self-Employed, David Clarinval, said on Monday. More.

Austria’s second lockdown shows first results. The second lockdown imposed by the Austrian government for the month of November is showing its first results: Between Sunday and Monday, 3,145 new cases of coronavirus had been identified, which is about 2,000 less than between Saturday and Sunday. With numbers still dramatically high, Health Minister Rudolf Anschober (Greens) emphasised that even if the lockdown were to end on 6 December as planned, some restrictions will have to remain in force. (Philipp Grüll | EURACTIV.de)

LUXEMBOURG
Luxembourg adopts new COVID-19 restrictions. A partial lockdown will be voted on Wednesday, Luxembourgish Prime Minister Xavier Bettel announced on Monday. Under the new measures, all cafés, bars and restaurants that do not offer take-away, as well as theatres, gyms and cinemas, will have to remain closed until 15 December, while shops are to stay open to avoid “collateral damage”. Until now, the Grand-Duchy only maintained a curfew, despite peak infections and all of its neighbours deciding to adopt a second lockdown a few weeks ago. Luxembourg is following “its own way”, according to Health Minister Paulette Lenert. (Anne Damiani | EURACTIV.com)

UK firms to face hefty compliance costs without EU data deal. British firms face a bill of up to £1.6 billion if UK Prime Minister Boris Johnson’s government fails to convince the EU to grant an adequacy decision allowing dataflows to continue, according to a new report published on Monday. Read the full story.

Irish PM hopes for Brexit deal by end of week. Irish Taoiseach Micheál Martin has said that he remains hopeful that a UK-EU trade deal can be wrapped up by the end of the week. Read more.

Now is not the time to leave Afghanistan, says Finnish foreign minister. The US withdrawing its troops from Afghanistan would impact the ability of the Afghan government to control areas that are now relatively stable, Finnish Foreign Minister Pekka Haavisto (Greens) said after US President Donald Trump’s administration announced its plan to bring back some of the US troops stationed there. Read more.

Living standards down for more than 7 million Italians. Around 7.6 million Italian are currently seeing a deterioration in their living standards, according to a report released by the Censis research institute on Monday. The report also found that about five million Italians are struggling to put food on the table, while 60% fear they might lose their job or income sometime next year. Women are the worst-affected, according to the report, as the employment rate for women in Italy was 20 percentage points lower than for men.

In other news, Health Minister Roberto Speranza has suspended the activity of mink farms in Italy until February 2021, following the COVID-19 infections registered in mink farms across Europe and particularly in Denmark. “Despite the number of mink farms being very low in Italy compared to other countries, the ministry has decided to use maximum caution, in accordance with the principles issued by the Superior Health Council,” the ministry has said.(Alessandro Follis | EURACTIV.it)

Mitsotakis wants to meet Biden before Erdoğan does. Diplomats in Athens and Nicosia are rushing to arrange a meeting between Greek PM Kyriakos Mitsotakis with US President-elect Joe Biden before the latter meets with Turkish President Recep Tayyip Erdoğan, news website in.gr reported. Read more.

Anti-government protests continue in Poland. Several people – including photojournalist Agata Grzybowska of the RATS Agency – got detained during Monday’s demonstration in Warsaw. Protests continued before the education ministry in solidarity with teachers who have been criticised by the government and threatened with serious reprisals for supporting women-led manifestations. The journalist’s detention is being seen as another example of police violence, like what has been reported in recent weeks.

In other news, 87% of Poles believe Poland should remain a member of the European Union, according to a telephone poll conducted by Kantar pollster for private news channels TVN and TVN24. Read more.

Council of Europe committee criticises Czechia for failing to protect children. The Czech Republic has violated its obligation to ensure social and economic protection for children under Article 17 of the European Social Charter, according to the Council of Europe’s European Committee of Social Rights decision of 17 June, made public on Monday. According to the committee, the Czech Republic is responsible for discriminatory institutionalisation of vulnerable children under the age of 3 because it routinely places young disabled or Roma children in child centres instead of non-institutional and family-like alternative forms of care. (Aneta Zachová | EURACTIV.cz)

Index completes transfer to pro-Fidesz circles. Pál Szombathy, the editor-in-chief of Index, Hungary’s formerly largest independent online news site, was sacked on Monday, while the Indamedia group – of which powerful businessman and Orbán-ally Vaszily Miklós owns half – announced that it will purchase the media outlet’s shares, hvg.hu reported. Most of Index’s editorial team resigned this summer because of perceived loss of independence, in what was described as a devastating blow to the country’s free press and media plurality. The former Index journalists have since launched a new independent news outlet, telex.hu. (Vlagyiszlav Makszimov | EURACTIV.com)

Prosecutor general vote to determine fate of Slovak government. While the public hearings of seven potential candidates for the general prosecutor position are still ongoing, Prime Minister Igor Matovič warned on Monday that should one of the coalition parties elect the new prosecutor general with the help of the opposition, his party OĽaNO will leave the government and resign. Read more.

Bulgaria to go into second lockdown. The Bulgarian government will decide on Wednesday whether to adopt a second lockdown due to the uncontrolled growth of the pandemic, as proposed by Bulgarian Health Minister Kostadin Angelov. Read more.

France expects Croatian fighter jet decision by 2021. France is confidently expecting a Croatian technical team to assess its Rafale fighter jets and hopes that in 2021, Croatia will make its final decision on which jets are to replace the country’s air force fleet, French Defence Minister Florence Parly said in Zagreb. Read more.

Almost half the Slovenians support universal basic income. As many as 48% of Slovenians support the introduction of universal basic income (UBI) while 14% oppose it, according to a Valicon survey. The rest are either undecided (21%) or think they are not sufficiently well-informed (20%). The idea is most popular among voters of the opposition Left. (Željko Trkanjec | EURACTIV.hr)

Energy transition: Montenegro leads, Ukraine ahead of Serbia. Montenegro is still the region’s leader in terms of energy transition, but Ukraine has come second, ahead of North Macedonia and Serbia, according to the Energy Community’s latest Annual Implementation Report 2020, released on Monday. Read more.

There is de facto impunity for high corruption in BiH – OSCE report. “A crisis of ethics in the BiH judiciary and the failure to ensure accountability for corruption cannot be ignored,” said the head of the OSCE Mission to BiH, US diplomat, Kathleen Kavalec, during the presentation of an OSCE report on the state of the judiciary in BiH. Read more.

Meanwhile, the Russian Helicopters holding has delivered the first Ansat helicopter with the medical outfit to the interior ministry of the Republika Srpska, one of the two entities of BiH, TASS reported.

Two more Ansat helicopters for police needs will be handed over to the Republika Srpska in 2021 and 2022, CEO of Russian Helicopters Andrei Boginsky has said. They will be further equipped with searchlights, a direct deployment system, a hoist and an external load system, he added. (Željko Trkanjec | EURACTIV.hr)

Kosovo wants Croatia to have more active role in dialogue with Serbia. Zagreb could strengthen its role in the Pristina-Belgrade dialogue through several elements, the first being “setting the final goal of the Kosovo-Serbia negotiations, Kosovo Foreign Minister Meliza Haradinaj-Stublla said during her working visit in Croatia. Read more.