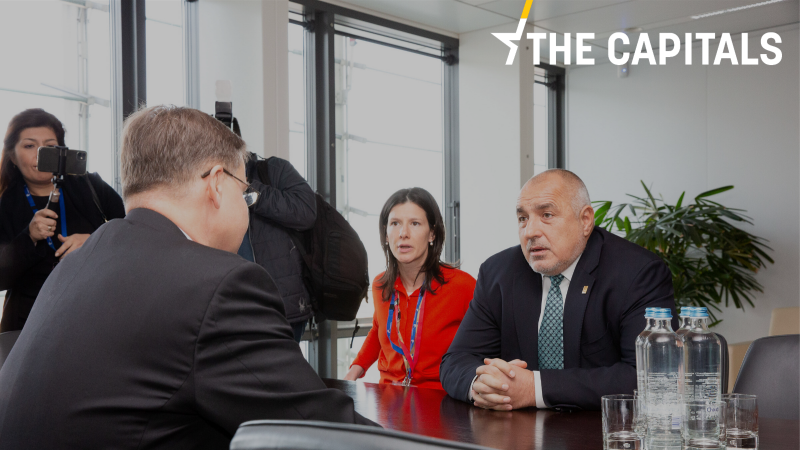 OP-ED by Frans Timmermans, the executive vice-president of the European Commission and  Bertrand Piccard, chairman of the Solar Impulse Foundation: Which world do we want after COVID-19?

OP-ED by Maurizio Massari, the Italian permanent representative to the EU: An ‘EU-owned’ New Deal for the post-COVID world

SOFIA. Bulgaria is the country closest to joining the euro. But in February, Prime Minister Borissov hesitated about moving forward. He said that Bulgaria would delay its plans to join the ERM2 Exchange Rate Mechanism, also known as the eurozone’s 2-year obligatory “waiting room”, until July.

Now Borissov says this was a mistake. He says that, in February, he believed that public opinion was not ready. But after seeing how generous the Covid-19 packages are for the eurozone countries, those hesitations have disappeared.

Longer lockdown for people at risk. For most French people, the lockdown will end on 11 May. However, around 18 million people at risk – including people over 65, people suffering from obesity or a long-term illness, as well as young people with a pathology – will remain confined longer than the rest of the population, for an as-yet-undetermined period of time, according to Scientific Council chairman Jean-François Delfraissy. (EURACTIV.FR)

Continued restrictions until May. The German government is set to maintain its current restrictions until at least 3 May as Chancellor Angela Merkel (CDU) and the 16 state presidents agreed to continue the measures for the rest of the month, after which there will be a gradual reopening from 4 May. EURACTIV Germany’s Sarah Lawton takes a closer look.

Opposition parties criticise government for corona-crisis measures. While Austria’s opposition had been mostly supportive of the government’s measures against the spread of COVID-19 until now, they are now starting to pressure Chancellor Sebastian Kurz (ÖVP). Philipp Grüll has more.

Belgium extends COVID-19 lockdown until 3 May, but relaxes some measures. Belgium’s National Security Council (CNS) on Wednesday (15 April) extended the coronavirus containment measures by two weeks until 3 May. Despite a very slow decline in numbers, Prime Minister Sophie Wilmes warned it is to early to say, when normality will be able to return. Read the full story.

IMF urges post-Brexit trade extension. The UK and EU should “not to add to uncertainty” in the wake of the coronavirus pandemic by keeping alive the threat of no trade deal this year and no extension to talks, IMF Managing Director Kristalina Georgieva has told the BBC. Benjamin Fox reports from London.

United again. On Wednesday (15 April), the Finnish government decided to end the lockdown which it had imposed on the 1.7 million-strong county of Uusima including Helsinki, meaning the area is now united with the rest of the country. EURACTIV’s Pekka Vänttinen looks into why legal rather than medical grounds prompted the decision.

A postal-only train from China arrives in Lithuania. Lithuania’s state-owned post company said this week that a train carrying only postal shipments arrived from China “for the first time” in Europe. Some 260 tons of parcels will now be shipped from Vilnius to other European countries. Due to the coronavirus pandemic, Lithuania is becoming a logistical centre between East Asia and Europe, the company said. IRT has more.

Opposition criticises PM Sanchez for poor crisis management. As the spread of the coronavirus pandemic has slowed down in Spain, opposition parties have intensified their criticism of the government over its management of the health crisis amid fresh calls for an extension of the lockdown. EURACTIV’s partner EFE has more.

Conte reunites coalition. Italy’s PM Giuseppe Conte has tried to smooth ruffled feathers in his coalition, as ruling parties are still at odds over the use of the eurozone bailout fund (ESM). He said that it doesn’t make sense to discuss before the negotiations with other EU countries are over. However, the opposition parties complain that they are not being properly consulted on the matter before next week’s EU summit. (Gerardo Fortuna)

A 7.1% deficit. As the knock-on effects of the COVID-19 pandemic are felt, Portugal’s public debt is set to be the equivalent of 135% of the country’s GDP by the end of 2020, according to the IMF. Whereas Portugal had been projected to have a budget surplus of 0.2% of GDP this year – as pencilled into the state budget approved by parliament – it is now likely to have a deficit of around 7.1%, according to the IMF, which sees the deficit shrinking to 1.9% next year.

In other news, while more than 930,000 workers in Portugal have been ‘laid off’, Portuguese President Marcelo Rebelo de Sousa predicted on Wednesday (15 April) that if containing the spread of COVID-19 in April goes as expected, May could be a “transition month” for a “progressive recovery of social and economic life”. With 18,091 COVID-19 infections and 599 deaths as of Wednesday, Portugal ranks 16th globally for the most case and deaths related to the novel coronavirus. (Lusa.pt)

IMF sees Greek debt rising to 200.9% of GDP this year. Greece’s fiscal deficit will soar to 9.0% of GDP this year, falling to 7.9% in 2021, the International Monetary Fund said in its Fiscal Monitor report released on Wednesday. Read more on Athens-Macedonian News Agency.

Waiting for a recommendation. Health Minister Łukasz Szumowski has said he will present his recommendation regarding the presidential elections due on 10 May later in the coming days. Szumowski was criticised by the opposition for his inability to voice his opposition to elections taking place in the middle of a pandemic. However, Szumowski is the most favourably rated politician in Poland, and remains the only one to garner more than 50% approval rating. (Łukasz Gadzała | EURACTIV.pl)

Victory for Babiš. After the European Commission decided to freeze payments from its Rural Development Programme to agrochemical holding Agrofert due to Czech Prime Minister Andrej Babiš’ alleged conflict of interest, it has now decided to lift the ban on subsidy payments. Agrofert happens to be the PM’s former company and is currently put in trust funds.

“The European Commission cancelled its decision. In other words, we have won,” Martin Smolek, the government’s agent before the European Court of Justice, told server iRozhlas.cz. The Czech Republic thus withdrew the lawsuit against the Commission over the matter filed by the government in February 2020. (Aneta Zachová | EURACTIV.cz)

Testing of retirement home residents. As three of the four new coronavirus-related deaths were recorded at a retirement home near the capital, where the country’s biggest outbreak took place, the self-governing region of Bratislava and the city of Bratislava have decided to start testing all residents of similar facilities at their own cost.

Meanwhile, the Public Health Authority is allowing high school entry exams and graduation exams to take place, provided strict hygienic measures are in place. “Congratulation in case of the successful passing of exams will need to take place without the traditional handshake,” the guidance reads. (Zuzana Gabrižová | EURACTIV.sk)

Reactivating the economy. Croatian ministers have been tasked to define a list of crucial social and economic activities they would like to launch to gradually reactivate the economy after the health crisis, Croatian PM Andrej Plenković announced after yesterday’s internal government meeting. Epidemiologists will then decide which will be more realistic and plausible in the circumstances, he added. EURACTIV Croatia’s Tea Trubić Macan has more.

Slovenia needs new transport plane. The coronavirus crisis has shown that Slovenia urgently needs a new transport plane and that in these difficult times we can rely primarily on ourselves, Defence Minister Matej Tonin said after the video conference of NATO defence ministers. The current Czech-made 1988 Turbolet aircraft (L-410) has served well in the current crisis but is too small and its range is too short for serious missions, he explained.

The defence ministry has already started preliminary procedures for the purchase and a new working group will look into the best and most rational option. (Zoran Radosavljevic | EURACTIV.com)

Vucic talks to Bulgarian president about Coronavirus. Serbian and Bulgarian presidents, Aleksandar Vucic and Rumen Radev respectively, underlined the importance of mutual solidarity and support in the fight against COVID-19 and exchanged experience on the measures applied in a telephone conversation on Wednesday (15 April).

The two also expressed the belief that Serbia and Bulgaria will be successful in dealing with the challenges posed by the pandemic and will continue to cooperate in the spirit of good neighbourly relations, especially when it comes to economic issues, which includes assistance in eliminating the economic consequences of the health crisis.

US Assistant Secretary of State and Western Balkans Special Envoy, Matthew Palmer, said on Wednesday (15 April) that once the coronavirus pandemic is over, the lifting of temporary measures should follow, along with the restoration of civic freedoms. EURACTIV Serbia digs deeper.