COVID-19 was in Spain a year before breakout 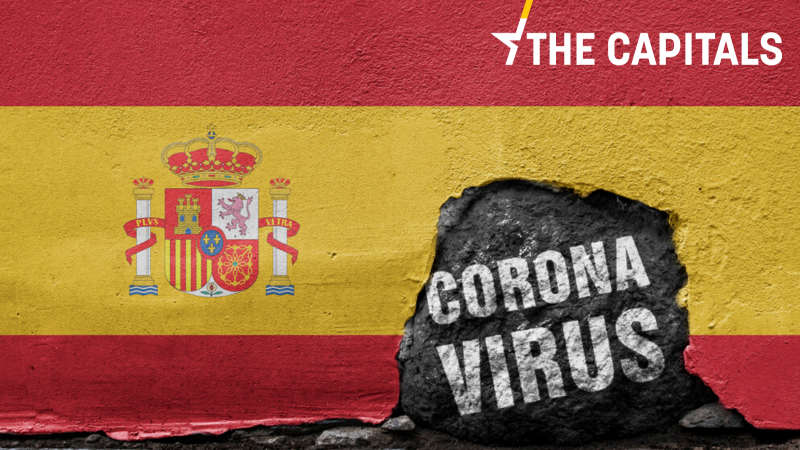 However, having found the presence of viruses before cases were diagnosed shows, according to specialists, that many infected with COVID-19 could have been mistaken for influenza patients in primary health care services. [Shutterstock/https://www.shutterstock.com/g/bekulnis]

Before you start reading today’s edition of the Capitals, feel free to have a look at the interview conducted by Jorge Valero and Beatriz Rios with Helena Dalli, the first EU Commissioner for Equality, who said: “There is structural racism also inside the Commission“.

Also take a look at our video report on how Brussels’ pubs cope with the economic implications of COVID-19.

Now that many European countries have started adapting to a so-called ‘new normal’, make sure you stay up to date with EURACTIV’s comprehensive overview, which is regularly updated with the help of our network of offices and media partners.

MADRID. The coronavirus was already in Spain a year before the pandemic “officially” broke out, according to a study by Barcelona University (UB) that has detected SARS-CoV-2 in samples of wastewater collected in the Catalan capital on 12 March 2019, EURACTIV’s partner EFE reported.

The outcome of the UB research would prove that COVID-19 was circulating in Spain long before it was “officially” detected and recorded, according to UB sources. EURACTIV’s partner EFE has the details.

New Prime Minister. Renew Europe has added another EU leader to their roster after Ireland formed a new government over the weekend, with Fianna Fáil leader Mícheál Martin at the helm.

The move brings 59-year-old Martin, a seasoned politician with over thirty-five years of experience in politics, to the top of the pile in the new Irish government, which will be composed of Fianna Fáil, the EPP’s Fine Gael and the Green party.  EURACTIV’s Samuel Stolton has more.

Five crucial weeks to determine post-Brexit era. The EU and Britain launch an intense five weeks of negotiations on a deal to define their post-Brexit relations on Monday, with London keen to wrap things up quickly. Read more.

A Bavarian ‘corona test offensive’. Over the weekend, Bavaria’s health minister, Melanie Huml (CSU), announced that the state plans to test everyone for the coronavirus. “All citizens of Bavaria are therefore promptly offered the opportunity to have themselves tested by an established contract physician, even without symptoms,” she announced, adding that the remaining costs for testing not covered by insurance companies will be shouldered by the state. EURACTIV Germany’s Sarah Lawton takes a closer look.

ÖVP triumphs in Styrian municipal elections. In the first local elections since the coronavirus outbreak, 47.2% of over 800,000 Styrians in the south Austrian province voted in favour of Chancellor Sebastian Kurz’s ÖVP, a 4.5% gain for the party compared to 2015.

By comparison, the biggest loser turned out to be right-wing party FPÖ, which saw a decrease of 5.7%, which could explain the ÖVP’s gains if voter-movement followed the pattern of the 2019 federal elections. Somewhat surprisingly, the social democratic party (SPÖ), which is still to recover from being thrown out of government in 2017, gained 0.3%, while the Greens gained 1.4%. (Philipp Grüll | EURACTIV.de)

Shops open 7/7 in the future? After most stores were forced to close between 18 March and 11 May as part of the government’s far-reaching measures to combat the COVID-19 pandemic, a bill to suspend the obligation for businesses to close shop for one weekly rest day a week until the end of the year has been tabled by Flemish liberal party Open VLD.  Such a solution would not only have a financial benefit, but would make it easier to guarantee social distancing between customers, the party argues. (Alexandra Brzozowski | EURACTIV.com)

Prime minister victim of hoax tweet. Finnish Prime Minister Sanna Marin was framed for commenting on the recently published book “The Room Where It Happened” written by former US National Security Advisor, John Bolton, and for ridiculing US President Donald Trump in a tweet that went viral but that was soon proved to be a hoax. EURACTIV’s Pekka Vänttinen has the story.

‘Phase 3’ is not enough. Italy’s trade association for businesses, Confesercenti, has estimated a €1,879 average fall in consumer spending in the first six months of 2020. Even with the reopening of activities since May, the year is likely to be extremely tough for businesses. EURACTIV Italy’s Alessandro Follis reports.

What to do to travel to Greece. The Greek government announced over the weekend the steps that tourists need to take in order to travel to Greece. First of all, they need to complete a special online form at travel.gov.gr at least 48 hours before travelling. Read more.

Duda wins first round. With 87% of the votes counted, incumbent Andrzej Duda won the first round of the presidential election with 45.24%, while Centrist Rafał Trzaskowski (PO) came second with 28.92% of the votes. The run-off will take place on Sunday (12 July). EURACTIV Poland’s Łukasz Gadzała and Anna Wolska take a closer look.

Jourová on rule of law mechanism. The EU needs to monitor the implementation of the rule of law in EU member states more effectively than via the current procedure of EU bodies against Hungary and Poland, Czech European Commission vice-president Věra Jourová told Czech News Agency on Friday (26 June). The Commission intends to persuade member states to support a closer link between EU subsidies and European values, she added.

All Member states, bar Hungary and Poland, support such a proposal. “I hear from Poland and Hungary so often that the rule of law is not a problem for them that I would almost expect them to prove it by voting for it,” Jourová said. (Ondřej Plevák | EURACTIV.cz)

No resignation after plagiarism scandal. The current speaker of Slovakia’s National Council, Boris Kollár (We are family), has said that he will not step down following media reports that he largely plagiarized his master’s thesis.

“I have no reason to step down. I have acquired the master degree lege artis. If someone does not like it, change the law”, he said, adding that his thesis passed the automated originality test, which made it admissible. Prime Minister Igor Matovič (OĽaNO) said he will prioritise the governing coalition’s stability before demanding Kollár’s resignation. (Zuzana Gabrižová | EURACTIV.sk)

At the same time, there are 350,000 foreign guests in Croatia at the moment, which is a rarity not only in Europe, said Interior Minister and head of the national COVID-19 crisis response team, Davor Bozinovic. EURACTIV Croatia’s Karla Juničić reports from Zagreb.

Also, to find out more about the current measures in Croatia, read here.

Government preparing for second wave of COVID-19. Given the new spike in coronavirus infections in recent days, the government is already discussing a bill on intervention measures to prepare for the possible second wave. Radio Slovenija reported the measures will primarily aim to prevent large gatherings. EURACTIV’s Zoran Radosavljević digs deeper.

Several Serbian officials test positive for COVID-19. National Assembly President Maja Gojković, Defence Speaker Aleksandar Vulin and the director of the Serbian government’s Office for Kosovo and Metohija, Marko Đurić, have all tested positive for COVID-19, it was reported on Saturday (27 June). Gojković was admitted to Belgrade’s Bezanijska Kosa hospital with pneumonia and Đurić has been hospitalised with mild symptoms, Vulin is currently self-isolating.

The president of the Serbian Chamber of Commerce, Marko Cadez, and the secretary-general of the Ministry of Foreign Affairs, Veljko Odalovic, have also tested positive for the coronavirus.

In other news, Serbia was expected to open chapter 2 on the Freedom of movement for workers in the accession negotiations with the EU, but EU member states have failed to reach a necessary consensus. Read more.