Croat President vows to veto Sweden-Finland NATO accession, if he can 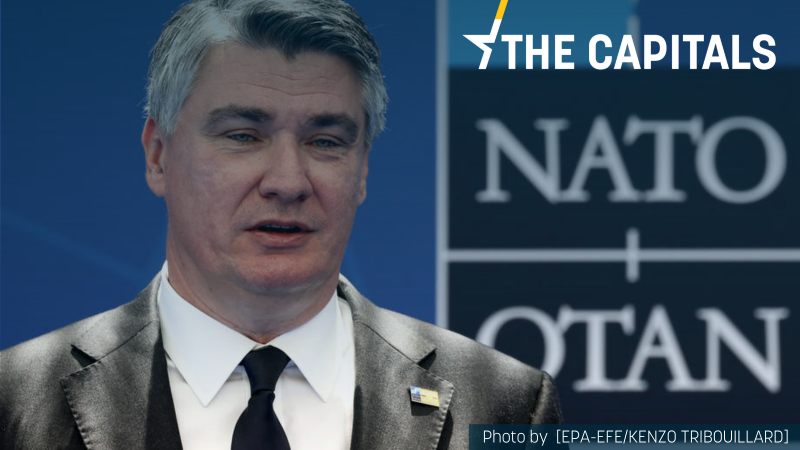 The Croatian parliament, whose ruling conservative HDZ party has a thin majority, is expected to endorse Sweden and Norway’s application. The only hurdle could be the president’s veto at the summit itself. [EPA-EFE/KENZO TRIBOUILLARD]

Before you start reading today’s edition of the Capitals, feel free to have a look at our OFF THE RECORD information: Banning EU ships transferring Russian oil?

Croatian President Zoran Milanović on Tuesday said he would block the admission of Sweden and Finland at the NATO summit in Madrid if he is the one representing Croatia, after previously voicing his opposition to the two countries’ possible NATO accession. Read more.

Dutch press freedom ranking drops significantly. Press freedom in the Netherlands dropped significantly compared to last year due to attacks on the press, according to Reporters Without Borders’ Press Freedom Index, which lowered the country’s ranking from sixth to 28th. Read more.

Finland’s Russian community campaigns against pro-Putin convoy. An organisation of Russian-speaking people (SVK) and the Belarusian diaspora in Finland have launched a campaign calling for a pro-Putin convoy planned to commemorate the Soviet victory over Nazi Germany in 1945 to be banned. Read more.

Meanwhile, the state-owned Athens-Macedonian News Agency did not reference Greece in its article about the World Press Freedom index for 2022. Read more.

Czechia moves up 20 places in press freedom index. Press freedom has improved in the Czech Republic according to this year’s Press Freedom Index, which now places the country 20th compared to the 40th spot it scored last year. Read more.

Vucic visits Greece, says LNG important for Balkans. Construction of a terminal for liquefied natural gas (LNG) in Greece’s Alexandroupoli is important “for the entire region, the entire Balkans,” Serbian President Aleksandar Vučić said at a ceremony marking the start of construction, adding that he, like many others, had been sceptical and believed that it would take years to accomplish this. Read more.

Albanian prime minister claims RSF report is lies, fantasy. Prime Minister Edi Rama has called the Reporters Without Borders’s assessment of press freedom in Albania a “lie” and “fantasy” after the country dropped a staggering 20 places in one year. Read more.