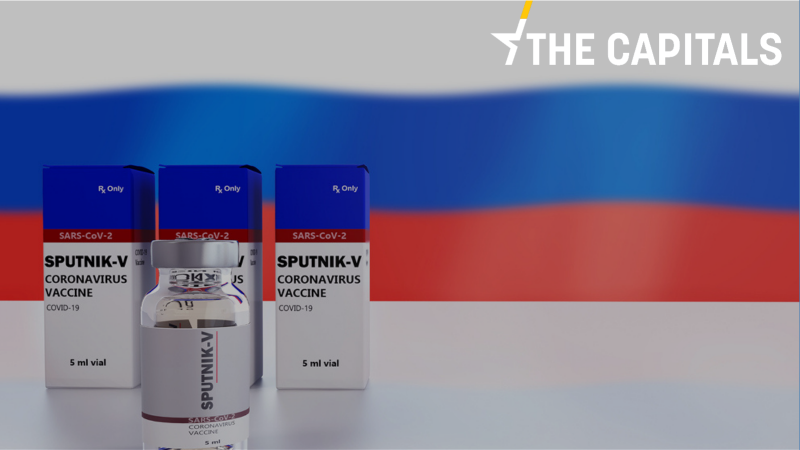 Before you start reading today’s edition of the Capitals, feel free to have a look at the article “NATO eyes post-Trump reset as internal challenges loom” by Alexandra Brzozowski.

The Croatian government is laying the ground for the purchase of the Russian vaccine Sputnik V while Slovakia will start a similar discussion on Thursday (18 February) despite the fact that Moscow’s vaccines has not been approved by the European Medicines Agency (EMA). At the same time, Brussels is feeling the pressure and is questioning Russia’s vaccine diplomacy. How far could individual countries go with Sputnik? Read more.

German party leaders trade barbs in pre-election speeches. The leaders of Germany’s major parties delivered speeches on ‘political Ash Wednesday,’ a long-standing, originally Bavarian tradition usually characterised by raucous gatherings and crude rhetoric. Politicians from all sides criticised the EU, the German government, as well as the states in their responses to the coronavirus pandemic. Read more.

In other news, French President Emmanuel Macron is expected on Thursday to announce new measures that would protect French companies from cyberattacks, which have now put two hospitals to a stand-still. (Mathieu Pollet | EURACTIV.fr)

Belgians breaking the rules. Since the introduction of COVID-19 measures, almost 1 in 60 Belgians have been caught violating them, according to new figures from the Public Prosecution Service reported by VRT.

In total, 184,565 people violated a rule since March last year, almost two-thirds of them got off with a fine of €250 and almost one in ten offenders was underage.

In total, 17% of the files were dropped without further action, for example because there was insufficient evidence. About 25,000 new breaches were detected in the last 30 days, which is comparable to the previous 30 days. (Alexandra Brzozowski, EURACTIV.com)

Finance minister affair boosts transparency agenda. When the Greens went into a coalition with the ÖVP in January last year, they announced a set of transparency measures as flagship projects for the legislation period, especially regarding party finances and donations.

The pandemic pushed those plans into the background. However, they now received fresh tailwind, after recent accusations of possible graft against finance minister Gernot Blümel (ÖVP), who aided a gambling company during a tax law case after they offered a donation to his party. The measures involve new powers for the court of auditors to proactively look into party finances and the creation of an independent general federal prosecutor and the abolishment of the “official secrets” rule. (Philipp Grüll | EURACTIV.de)

Lithuanian parliament calls for investigation of Uighur persecution in China. The Lithuanian parliamentary committees on foreign affairs and national security agreed on Wednesday to draft a resolution on the persecution of Uighurs in China, calling for a UN investigation “or another independent international legal investigation into the ongoing crimes in Xinjiang [province]”, said Social Democratic MP Dovilė Šakalienė, presenting the bill during the joint committee sitting.

Šakalien, who co-chairs the Inter-Parliamentary Alliance on China (IPAC), initiated the draft resolution with colleagues following the broadcast in early February of a BBC World News report on the torture and sexual violence against Uighur women at Chinese camps, the Baltic News Service reported. (Benas Gerdžiūnas | LRT.lt/en)

Less Europe, more NATO involvement in Greek-Turkish row. The pending issues between Athens and Ankara could be discussed and resolved by using NATO as a platform of coordination and cooperation, NATO Secretary-General Jens Stoltenberg has said.

“There are problems, but NATO provides a platform to look for positive approaches and ways to address some of those problems,” Stoltenberg told a press conference on 17 February. Read more.

Italian Senate gives Draghi government confidence nod. The government of Italy’s new Prime Minister Mario Draghi, who was sworn into office on Saturday to be at its head, obtained the support of the Senate in a confidence vote on Wednesday. Read more.

V4 leaders call for faster vaccine deliveries. As leaders of the so-called Visegrad 4 (V4) met in Krakow on Wednesday to mark the alliance’s 30th anniversary, the prime ministers of Poland, Czechia, Hungary, and Slovakia called for faster deliveries of COVID-19 vaccines from every reliable manufacturer to speed up the inoculation process. According to Andrej Babiš, Mateusz Morawiecki, Igor Matovič, and Viktor Orbán, this would be the way for Europe to overcome the pandemic and begin its recovery. Read more.

Hungary won’t sign more deals on Chinese, Russian vaccines for now. The five million doses of the Chinese COVID jab ordered by the Hungarian government should come in four instalments by the end of May, Hungarian Foreign Minister Peter Szijjártó told a press conference on Wednesday, adding that the government has no plans to sign more deals on the Russian or Chinese vaccines for now.  Read more.

In other news, several readers of Telex and Hvg.hu below the age of 60 and with no chronic conditions have said they have received letters indicating that they will soon be contacted by their general practitioners for vaccinations. According to the letter, “the vaccination programme has entered a new phase. At this stage, our oldest compatriots and citizens under the age of 60 who are particularly at risk of the virus due to their past or present illnesses can receive the vaccine.” “According to our records, you also belong to this group, so you may soon be able to get vaccinated,” the letter added.

However, it remained unclear why the letter was received by a 19-year-old reader with no chronic conditions and who did not have a GP. (Vlagyiszlav Makszimov | EURACTIV.com with Telex)

When will Romania’s recovery plan be ready? Romania’s national Recovery and resilience plan will be ready in April, president Klaus Iohannis said Wednesday, after talks with some of the ministers in charge and prime minister Florin Citu. Back in January, the government approved a memorandum establishing the steps to conclude the recovery plan by March, which needs to get the EU Commission’s approval by the end of April. Romania has an allocation of more than €30 billion from the Recovery and Resilience Facility. More.
///