Croatian Prime Minister Andrej Plenković unveiled the trappings of his country’s debut EU presidency on Wednesday (30 October), confirming what priorities will feature during the youngest EU member’s six months at the helm of the European Council.

The prime minister also unveiled the presidency’s logo, which was designed by first-year design student Iva Primorac, and the slogan: “A strong Europe in a challenging world”.

Plenković told the launch event that the best solution to the challenges facing the world is a “stronger Union” and that the presidency is a historic moment for the country.

🇭🇷 unveiled its logo, visual identity and slogan for the upcoming #EU2020HR. We will work on creating “A strong Europe in a world of challenges”! Our priorities:
🔴 a Europe that grows
🔵 a Europe that connects
🔴 a Europe that protects
🔵 an influential Europe pic.twitter.com/s59dkONRH2

Croatia, which joined the bloc in 2013, is celebrating 29 years of independence and the prime minister said the presidency is proof that the country has made the leap from a war-torn nation to a stable international actor and member of EU and NATO.

The country’s other list of achievements includes former foreign affairs chief Marija Pejčinović Burić, who was elected secretary-general of the Council of Europe earlier this year.

Former Dubrovnik mayor and MEP Dubrava Šuica has also been nominated for the position of European Commission vice-president for democracy and demography.

“Guided by its Christian roots, traditions and culture, the Croatian people have always expressed affection and belonging to the European family. For us, the European Union is a project of peace and hope,” Plenković said during the event.

“Our presidency is coming at a crucial time for Europe but also for a world,” he added.

Plenković said the EU’s long-term budget, the multiannual financial framework (MFF), is one of the specific policy areas Croatia will focus on, once the presidency starts on 1 January.

The country is part of the “Friends of Cohesion” group, which aims to preserve the percentage of the budget allocated for cohesion.

It also aims to maintain member state participation in projects financed by cohesion funds. The minimum co-financing rate is currently 15% but some member states want to increase it to 30%. 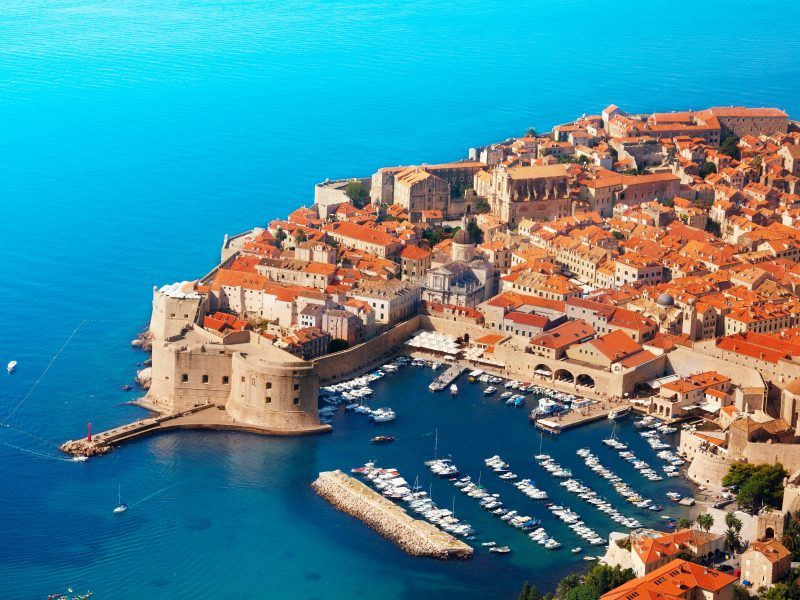 Croatia is one of the best users of the EU’s Cohesion funds and is ready to raise its national contribution to the EU budget but wants other member states to do the same, Croatian officials said on Tuesday (15 May). But they also warned against raising the rate of national co-financing of Cohesion programmes.

Croatia insists that it would not be able to fulfil its obligations in most of the projects if the increase was made, especially those in local communities.

Plenković said that efforts will also be made in strengthening the European Pillar of Social Rights. The Western Balkans will also have a special position in the presidency. In May, there will be an EU summit on that topic in Zagreb, seen as a chance to revive, or rethink, the languishing enlargement process.

Croatia is very interested in measures that will boost the EU’s birthrate: half of the member states are faced with huge demographic problems, most of them from Eastern Europe. Other targets include better connectivity and shoring up freedoms and access to justice.

“We need a Europe that connects. Transport, energy and digital infrastructure need to be further developed. Better connectivity implies better and more secure data infrastructure,” Plenković said and added internal security will also be high on the agenda.

” We will advocate closer cooperation of members in the fight against terrorist financing. It is necessary to better connect all information systems in the field of internal affairs,” he insisted.

On migration, the PM said that reform of the Common European Asylum System and better cooperation with third countries are needed.

Croatia has coordinated its presidency along the lines of the Council’s new strategic agenda for 2019-2024 and the political guidelines unveiled by Commission President-elect Ursula von der Leyen in July.