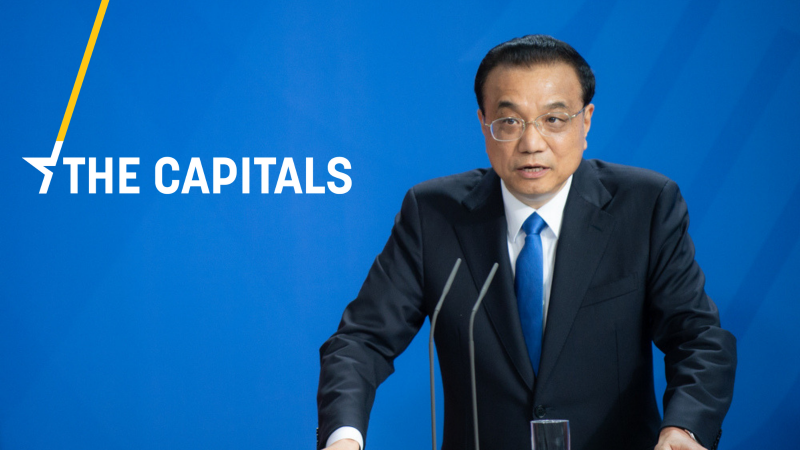 Read The Capitals in Czech, Croatian.

Zagreb and Beijing are expected to sign nine bilateral agreements at the “16+1” summit (16 countries of Eastern and Central Europe plus China) due on 10-12 April in Dubrovnik, which Chinese PM Li Keqiang will attend.

Some of them are of high importance such as a Memorandum of Understanding on Cooperation between the Croatian Central State Office for the Development of Digital Society and Huawei Technologies.

Other bilateral deals include an agreement between the Croatian Bank for Reconstruction and Development with the Chinese Development Bank and a memorandum between Croatian Railway Infrastructure and China Railway Eryuan Engineering Group Co., Ltd on the joint establishment of an intermodal transport corridor with a special emphasis on the Mediterranean Corridor.

On 9 April, the 21st EU-China summit is going to take place in Brussels. An EU spokesperson told EURACTIV Croatia yesterday that some Chinese investments entailed “macro-economic imbalances and debt-dependency” risk in the Western Balkans and impact EU objectives in the region.

“Every country is free to establish its investment objectives. At the same time, the EU has concerns over the socioeconomic and financial effects some of China’s investments can have,” the EU official said.

Former PM again in jail: Ivo Sanader, Croatian PM from 2003-2009, has been taken into custody. The Supreme Court increased his previous sentence from 4,5 to 6 years for taking a provision of €2.5 million in governments’ buying of real estate. Two more trials against Sanader are still going on, and two non-final judgments are in the appeal stage. (Željko Trkanjec, EURACTIV.hr)

Community battle: Belgian parliamentarians have voted for a list of some 40 constitutional articles of the constitution to be revised in the next legislature. Contrary to the first draft, Article 1, which is of high symbolic significance as it organises federal Belgium into regions and communities, is not on the list – a defeat for the Flemish nationalist NVA which campaigned for confederation. (Alexandra Brzozowski, EURACTIV.com)

Merkel against no-deal Brexit: Germany “will do everything in order to prevent a no-deal Brexit,” German Chancellor Angela Merkel said on Thursday, following a meeting with Irish Taoiseach Leo Varadkar. Merkel also made clear that Germany stands with Ireland “every step of the way” amid the current political turmoil in Westminster, in which Members of the U.K. parliament have repeatedly failed to find a consensus on Brexit.

Varadkar, meanwhile, met Merkel in the same week as he held talks with President Macron in Paris. On Thursday, the Irish Prime Minister reaffirmed his commitment to maintaining an open border between Ireland and Northern Ireland. (Samuel Stolton, EURACTIV.com)

Companies getting politically active: An increasing number of German companies such as Volkswagen, Eon and Thyssenkrupp have urged their employees to vote against populism. Read more.

Farmers protest: Around 6,000 farmers demonstrated on Thursday (4 April) in Münster, western Germany, against the planned restrictions on the use of fertilisers, as the government is currently working on stricter guidelines. The EU Commission has signalled it will fine Berlin unless it takes sufficient measures to reduce nitrate pollution in groundwater. (Claire Stam, EURACTIV.de)

Sánchez and Obama against “walls” for migrants: Spain’s socialist PM Pedro Sánchez and former US president Barack Obama advocated for “building bridges and not raising walls” for migrants, Spanish online media report. They met on the sidelines of the World Trade Summit in Andalusia and in addition to migration, they also discussed “the importance of multilateralism.”

According to Spanish government sources, both issues characterise the “progressive agenda”.  (EFE-EPA-EuroEFE)

Direct democracy breach: The Italian Data Protection Authority has fined Five Star Movement’s digital platform Rousseau €50,000. According to the independent agency, the online platform where the party’s activists make decisions does not meet the basic requirement of an e-voting system, such as the protection of the electronic ballots and the anonymity of the voters. (Gerardo Fortuna, EURACTIV.com)

Eurogroup meeting: The release of €1 billion in funds to Greece will top the Eurogroup’s agenda on Friday, the Athens-Macedonian News Agency reported. The Euro Working Group meeting concluded on Wednesday that Greece had completed the implementation of the necessary reforms.

“We have to ensure a system for granting asylum in order to avoid a new migration crisis. We want there to be an end to illegal migration. We are one of the European countries that funded the migrants that came to Greece with €200 million,” Rasmussen said. (EURACTIV’s media partner Athens News Agency)

Russia is a threat: Speaking at NATO’s 70th anniversary in Washington, Polish foreign minister Jacek Czaputowicz said, “Poland agrees with the depiction of Russia as a threat to the alliance”. He also reiterated that Russia was responsible for the US withdrawal from the Intermediate-Range Nuclear Forces Treaty (INF) and hoped to see an enhanced American military presence in Poland.

Maroš Šefčovič eyes the next Commission: EU Commission vice-president Šefčovič is already back in Brussels after he was defeated in the Slovak Presidential election by Zuzana Čaputová. “My ambition is to be nominated [in the next Commission], and I will be very curious to see if the government proposes me again,” he told a group of journalists in Brussels. He also said he did not receive any negative comment about his “conservative” turn during the campaign and added, “every state has the sovereign right to decide about cultural and ethical issues, and everyone respects it”. (Zuzana Gabrižová, EURACTIV.sk)

A dispute over Tommy Robinson: Controversial British activist Tommy Robinson was supposed to speak today at a conference called “Family and its rights in the 21st century” in the lower house of the Czech Parliament. He was invited by one of the MPs from the ruling party ANO. The move has been strongly criticised by the opposition as well as the British ambassador and the conference was in the end canceled. (Ondřej Plevák, EURACTIV.cz)

Justice referendum: President Klaus Iohannis announced the topics of the referendum he plans to call for May 26, the same day of the EU elections: banning amnesty and pardon for corruption acts, as well as introducing measures to stop the government from adopting emergency decrees for crimes, penalties and judiciary changes.

No decision for chief EU prosecutor: The third round of negotiations between the EU Parliament and the Council ended without a compromise. The Parliament insists on Laura Codruta Kovesi, the former head of Romania’s anti-corruption directorate (DNA) who the Romanian government tries to block.

On the other hand, the negotiators of the Council prefer is Frenchman Jean-Francois Bohnert. It’s highly possible that the fourth round of discussions won’t take place soon as it’s scheduled for 10 April, the day when the emergency Brexit meeting of the EU Council will take place. (EURACTIV.ro)

Apartments scandal: Bulgaria’s chief prosecutor has ordered more investigations into a scandal over purchases of luxury properties at favourable prices that has already led some senior politicians to resign.

Chief Prosecutor Sotir Tsatsarov said on Thursday that anti-corruption commissioner Plamen Georgiev is among those being investigated for allegedly making false declarations about the circumstances in which he and his wife acquired an apartment in the capital Sofia. [More]

Prime Minister Boyko Borissov said that the politicians who bought cheap apartments should resign or take long unpaid leave, while President Rumen Radev said he “withdraws his trust” in the anti-corruption tzar Plamen Georgiev. Borissov also ordered freezing the construction of a controversial skyscraper built by Arteks, the company that sold apartments to politicians at suspiciously low prices.

Language as a barrier in cyber frauds: The panel on cyber frauds has concluded that crime in this area is rising. However, on a positive note, because of the specificities of the Slovenian language, users can easily differentiate between real messages and frauds. (Željko Trkanjec, EURACTIV.hr)

Cheaper roaming in Western Balkans: At the second Western Balkans Digital Summit in Belgrade a regional agreement that will enable lower roaming prices was signed. In phase one, as of 1 July, prices will be 27% lower, while as of 1 July 2021 roaming is to be abolished completely. EU Commissioner Mariya Gabriel said thanks to strong political will for change, progress had been made in implementing the Digital Agenda for the Western Balkans. (Beta-EURACTIV.rs) [More]