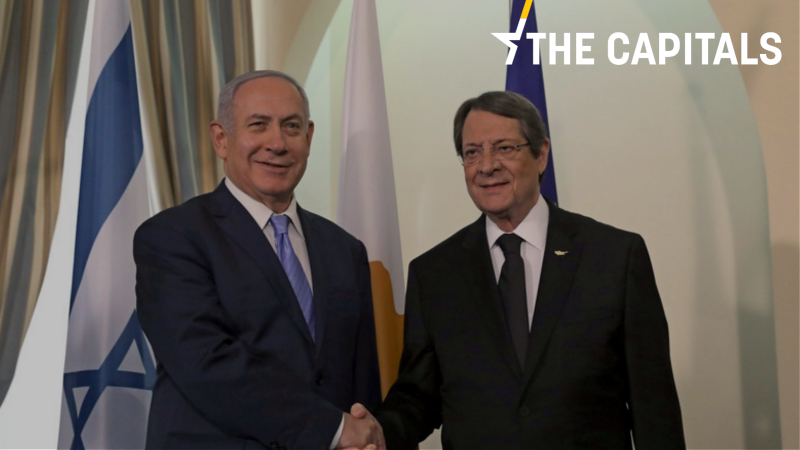 Anastasiades criticised the EU for being too slow in the decision-making process when it comes to vaccines’ approval. [EPA/ YIANNIS KOURTOGLOU]

Before you start reading today’s edition of the Capitals, feel free to have a look at:

Heightened security at the Bundestag. Bundestag President Wolfgang Schäuble has organised an increase in security for the German parliament building according to a report in the Bild am Sonntag. Read more.

France mobilising to avoid ‘catastrophic’ situation with new COVID variant. “We are doing everything we can to prevent the spread of this variant,” Health Minister Olivier Véran told Europe 1/CNews/Les Échos on Sunday morning in reference to the new coronavirus variant that recently emerged in the UK. Read more.

Belgium asks for ‘fair share’ of vaccines. Belgium will apply for ten million additional Pfizer-BioNTech coronavirus vaccines, Health Minister Frank Vandenbroucke announced over the weekend. At the same time, there is still no official database on vaccination efforts. More.

UK government counting on COP. Business Minister Alok Sharma has left his post to focus full-time on his role as president of the UN COP26 climate conference in November, signalling the UK government’s desire to make a success of its chairmanship, following criticism that previous COP summits have underdelivered because of a lack of leadership from the hosting country. Read more.

Ireland manages to contain new COVID-19 variant. An outbreak of the recently discovered South African variant of COVID-19 has been contained after a recent scare, health officials in Ireland have said. Read more.

Nordic and European security issues left unanswered because of Brexit. The UK leaving the EU has left defence and security issues wide open, as bilateral and joint agreements with the UK may be in danger of turning into dead letters. Read more.

Swedish government given more power to manage pandemic. The Swedish parliament has approved a law giving the government the right to apply tougher measures in the fight against the current pandemic. Read more.

UK’s new migration policy, problematic. The UK’s more restrictive new migration policy “will be a problem”, which will have to be monitored by the Portuguese EU Council Presidency, said Portugal’s Foreign Minister Augusto Santos Silva on Friday. Read more.

Spain paralysed by snowstorm, sends out vaccine, food convoys. The Spanish government will send convoys carrying the COVID-19 vaccine and food supplies on Sunday (10 January) to areas cut off by Storm Filomena which brought the heaviest snowfall in decades across central Spain and killed four people. Read the full story.

Poland’s PiS proposes protestors pay fines before courts establish guilt. Protestors may first have to pay a fine before having their day in court, the ruling Law and Justice party (PiS) proposed on Friday following the mass protests related to the Women’s strike. Read more.

Obama: Strongman leadership ascendant in Hungary and elsewhere. “That conflict, that battle between a more democratic inclusive vision, and one that’s top-down, dominant- subordinate, that’s a contest that’s taking place here in the United States, and around the world,” former US President Barack Obama told show host Trevor Noah in an interview, hvg.hu reported. Read more.

Suicide of former police chief rocks Slovak politics. Former police chief Milan Lučanský – who was charged with serious crimes including taking bribes in a police action called “Judas” in early December – attempted suicide while in pre-trial detention on 29 December and died in hospital one day later. But this version of events is disputed by many disinformation media and by the opposition party Smer-SD – which had nominated Lučanský to the police chief post. Read more.

Bulgaria’s politicians got their jabs before doctors. The vaccination order in the Bulgarian town of Sandanski has undoubtedly been violated, Health Minister Kostadin Angelov announced on Sunday, after it became clear – following the audit of the town of Sandanski – that 20 people from the town council were vaccinated despite the country still being in the first vaccination phase, which only includes medics. Read more.

Twitter should not delete Trump’s account, says Croatian MP. While Croatia felt another strong earthquake on Sunday, independent MP of the parliamentary faction of the right-wing Most Party, Maria Selak Raspudić said “whatever you think about Trump’s presidency and his indirect connection with the attacks on the US Congress, […] Facebook and Twitter censorship, more precisely the permanent deletion of his profile due to recent events, is something we all need to think deeply about,” EURACTIV’s partner, Jutarnji.hr, reported. Read more.

All quiet on the Slovenian front. Slovenian news agency STA’s management and staff have described the government’s failure to transfer overdue public service payments as required by the latest economic stimulus act as a defeat of the rule of law, convinced that the decision to seek European Commission input over state aid rules is a delaying tactic meant to financially exhaust the agency. Read more.

Serbia condemns Capitol Hill riot. Serbia condemns the violence on the US Capitol in Washington, saying it favoured a peaceful transition of power to the newly-elected US President Joe Biden, Serbian speaker Ivica Dačić told Pink TV in an interview on Friday. Read more.

Hundreds of migrants still out in the cold in Bihać. BiH’s army and Red Cross personnel are trying to find accommodation for several hundreds of illegal migrants who have been freezing for days out in a snow-covered field, while 200 of those who have been waiting for over two weeks have been provided with temporary accommodation in tents outside the northwestern village of Lipa near Bihać, Western Bosnia HINA reported. Read more.