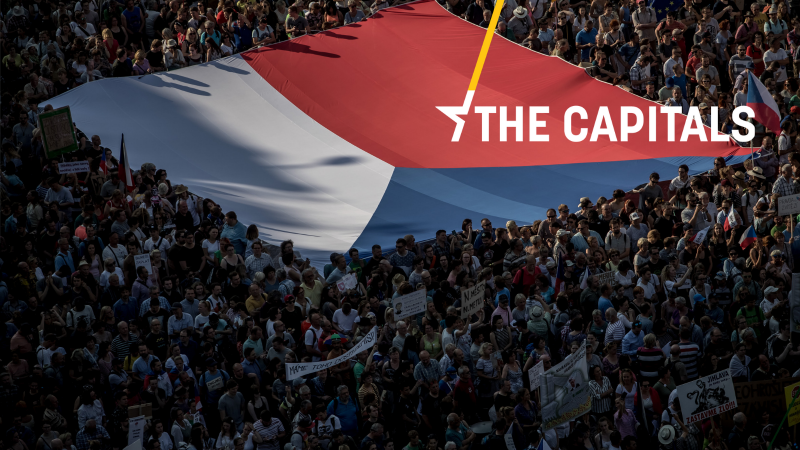 European attack on Czech interests. PM Andrej Babiš delivered a speech at a lower house meeting about the European Commission’s draft audit report, which suggests Babiš has a conflict of interest.

The second richest man in the Czech Republic is accused of misusing EU funds. Babiš, whose party is affiliated to the ALDE group, is suspected of still owning the sprawling Agrofert chemicals, food and media group, which has received EU funds, despite having formally transferred ownership to trust funds to comply with the law.

Due to this case, the Czech Republic risks having to return €17.5 million in subsidies. “The dubious audit (is) an attack against the Czech Republic and I repeat once again that nothing will be returned,” Babis said. “The European bureaucrats despise Czech laws,” he added.

According to information obtained by the Czech News Agency (ČTK), European Commissioner Günther Oettinger wants the final audit report to be completed in September 2019, under this current Commission’s mandate.

Around 120,000 people took to the streets of Prague yesterday demanding Babiš’s resignation. The Financial Times reported that it was one of the biggest protests in the Central European nation since the 1989 Velvet Revolution.

Trump and Corbyn trade-off: Following US President Trump’s admission that he turned down a request to hold a meeting with Jeremy Corbyn, the American leader has backtracked, saying that he would “have no problem” meeting the Labour leader.

As part of a series of planned protests yesterday, Corbyn addressed a London crowd and said that he was “very disappointed” by Trump’s attack on London Mayor Sadiq Khan, whom the president called a “stone cold loser”.

Moreover, it transpired on Tuesday that Trump has held a private meeting earlier in the day with Brexit party leader Nigel Farage, and had also spoken over the phone with UK-Prime Minister frontrunner Boris Johnson. (Samuel Stolton, EURACTIV.com)

Danish elections: Denmark’s Social Democratic Party are set to be the winners in today’s general election, as polls in the country suggest a surge in support following a transformation of the party’s stance on immigration after the 2015 national ballot.

The Social Democrats, who are nevertheless unlikely to achieve a majority, are polling highly in an election that is likely to see the end of four years of governance by the ‘blue bloc’ coalition of the Liberal Party (Venstre), the Liberal Alliance and the Conservative People’s Party, led by PM Lars Løkke Rasmussen.

The Social Democrats have recently been in the spotlight for appropriating some of the anti-immigration rhetoric that has in recent years become synonymous with their rivals in the Danish People’s Party.

‘GroKo’ is bad for business. Dieter Kempf, the chief of the Federation of German Industries (BDI), has said the ongoing political “haggling” in Berlin is damaging the country’s business environment. “The economic situation is increasingly becoming a risk, many problems are homemade,” Kempf said. (Claire Stam, EURACTIV.de)

Circular economy, French style. More than €650 million of new and non-perishable products are thrown away or destroyed each year in France. In light of this “scandalous waste”, the government has announced a ban on the destruction of non-food unsold goods, such as clothing, household appliances, hygiene and beauty products.

The measure, presented as a “world first” by PM Edouard Philippe, requires retailers to donate these products or to have them recycled to reuse the materials. Depending on the sector, it will apply from the end of 2021 or the end of 2023. Read more here.

It’s not exactly a “world first” though, as the EU’s circular economy package already showed the way, though its focus on waste also aims to avoid destroying products. Several investigations published in France have shown that retailers like Amazon destroyed goods rather than sending them back. (EURACTIV.fr)

Tusk in Madrid: EU Council President Donald Tusk will meet on Thursday in Madrid with Spanish PM Pedro Sánchez. EU sources told EURACTIV’s partner EFE that they’re expected to discuss the key EU posts in the Commission and other EU institutions, ahead of a critical Brussels summit in mid-June.

Sánchez, whose socialist party (PSOE) got 20 of the 54 MEPs in May’s EU elections, has said he wants to build a “social democratic alternative” against the policies of “cuts, precariousness and lack of opportunities”. Spain wants to regain influence in the core of the EU, in the context of Brexit. (EuroEFE.EURACTIV.es)

As a first result, the government coalition partially agreed on the reform of the Italian Procurement Code, which has stalled for weeks. However, the new balance in Italy’s executive still seems fragile, as an amendment to the code proposed by Lega almost led once again to a new political crisis. (Gerardo Fortuna, EURACTIV.com)

Celebrations: Poland celebrated the 30th anniversary of the first partly free parliamentary elections, the first one after regaining sovereignty from the Soviet Union. The main celebrations took place in Gdansk, not in Warsaw, because the ruling right-wing PiS party believes that the aim of the 1989 elections was only to preserve communism’s influence with the help of the most prominent opposition leaders.

In Gdansk, Donald Tusk called on the opposition forces to stay united and strong ahead of parliamentary elections in a few months. The question of his comeback to Polish politics remains open. (EURACTIV.pl)

Constitutional challenge: The Christian democrats (KDH, EPP), the party whose MEP-elect Miriam Lexmann is on the “Brexit waiting list”, will turn to the Constitution Court. The reason is the allegedly unfair mathematical formula, which establishes which mandate will need to wait. KDH received more votes than the SaS party (Freedom and solidarity, ECR), which gets to keep both MEPs, unlike KDH which will only have one until Brexit takes place. (Zuzana Gabrižová, EURACTIV.sk)

Taxing power: Dutch lawmakers want to set a minimum price for CO2 produced during electricity generation. In a bill submitted to the parliament on Monday, ministers aim to encourage businesses to be more sustainable by slapping a €12.30 minimum price on each tonne of carbon emitted. That figure is meant to rise to €31.90 in 2030 and complement the EU-wide emissions trading scheme, which currently prices carbon at around €24. However, that price is subject to fluctuation.

As part of a drive to do more on climate, the Dutch government will host a summit in late June on carbon pricing and taxing aviation. The idea is to build a coalition of willing member states that are also interested in setting a minimum carbon price. (Sam Morgan, EURACTIV.com)

Athens calling Berlin: The Greek ambassador to Berlin presented a “note verbale” to the German foreign affairs ministry on Tuesday, calling on Germany to sit at the same table and negotiate outstanding World War I and II reparations. In April, the Greek parliament approved a proposal to formally seek reparations from Germany for war crimes, even though Berlin rejected the demands, claiming that there was no basis for reparations.

Slight GDP growth: The Greek economy grew by 1.3% in Q1, compared to the same period in 2018, and the country’s GDP increased by 0.2% compared to the last quarter of 2018, the Greece’s statistical authority said in a report. However, the figures are much lower than the EU executive’s 2.2% and the Greek government’s 2.4% projections. (Theodore Karaoulanis, EURACTIV.gr)

Problems with preference voting: In nearly 40% of polling stations (1,139 of a total 3,000) where voting machines were available in the EU elections, preference votes were not correctly reported. (Dnevnik.bg)

Slovakia’s Support to Serbia en Route to the EU: Slovak FM and OSCE Chairperson-in-Office Miroslav Lajčak has said Slovakia will, as a friendly country, continue to provide aid and support to Serbia on its EU path. Slovakia is one of the five EU member states that have not recognised Kosovo’s independence. At a meeting with Serbian PM Ana Brnabić, Lajčak said the stability of Serbia and the region was closely tied to finding a compromise solution with Priština. (Beta-EURACTIV.rs)