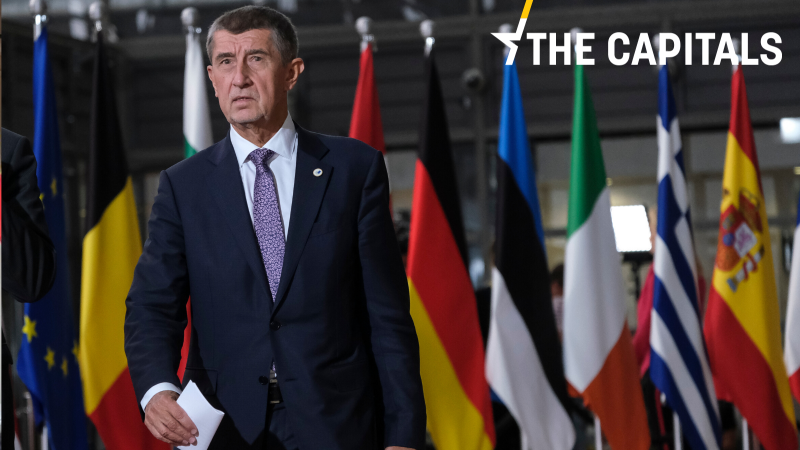 Before you start reading today’s edition of the Capitals, read the EU summit preview EU leaders pressed to overcome differences to agree on historic stimulus, written by Beatriz Rios.

Also feel free to have a look at our fresh editions of the AgriFood and Global Europe Brief’s.

Agreement on EU Recovery Fund vital, says EP president. European Parliament President David Sassoli warned in Madrid that it would be “absolutely irresponsible” not to reach an agreement on the post-pandemic recovery fund at the European Council summit on Friday (17 July) and Saturday, noting that EU leaders must give an adequate response “to the emergency” generated by the COVID-19 crisis.

According to Sassoli, it “is possible” for member states to reach an agreement, and because Europe’s companies, citizens and civil society “ask for it”, it is necessary to find a European solution.

Agreement on local closures. Germany’s federal government has reached an agreement with the states on the ability to institute an entry and exit-ban in the event of a coronavirus outbreak. While entire districts will not be sealed off, highly localised restrictions are possible. EURACTIV’s Sarah Lawton has the details.

Ten more landing bans. Airplanes from another ten countries, which include Albania, Bosnia-Herzegowina, Kosovo, Northern Macedonia, Serbia, Bulgaria, Romania, Moldavia and Egypt, will be banned from landing in Austria due to these countries seeing increases in infection rates, the Austrian foreign ministry announced. The ministry estimates that there are less 450 Austrians in these countries. (Philipp Grüll | EURACTIV.de)

New PM defends interior minister pick. The subject of a probe in allegations of rape, sexual harassment and abuse of trust, France’s newly appointed Interior Minister, Gérald Darmanin, received public support from President Emmanuel Macron and new Prime Minister Jean Castex. “Mr. Darmanin is bound by the principles of the Republic, like all citizens. We are witnessing excesses which are unacceptable, I say this here with solemnity and gravity,” said Castex. Darmanin denies any wrong-doing.

For several days, feminists have been demonstrating against what they are calling the “appointment of shame”. France’s new Justice Minister Eric Dupont-Moretti, has also come under fire as he previously criticised the #metoo movement. (Anne Damiani | EURACTIV.FR)

Freeing up budget for a possible second wave. On Thursday (16 July), the Belgian Parliament approved an adjustment to the law opening the provisional credits for July, August, September and October to free an additional €1 billion for a possible second wave of COVID-19. A first billion had already been granted at the beginning of the crisis, mainly to cover health expenditure, while a second billion has been used for aid to hospitals, social and public welfare centres aid, or COVID-19 tests.

In  other news, Belgian Prime Minister Sophie Wilmès has asked Sciensano to provide daily COVID-19 case figures again after the health service changed its reports to weekly due to the reduced spread of the virus in recent weeks. “We need to be much more vigilant”, she told MPs. “We must do everything we can to avoid the second wave. And the experience of recent months has been used to improve our response at both federal and regional level.” (Alexandra Brzozowski, EURACTIV.com)

Bettel urges EU solidarity at budget summit. Luxembourg’s Prime Minister Xavier Bettel admits there will be plenty for his fellow EU leaders to fight about when they meet Friday to discuss a huge post-coronavirus recovery package. But, in an interview with AFP, he urged his “frugal” colleagues from the Netherlands, Austria, Denmark and Sweden to agree to provide grants – rather than loans – to their struggling southern neighbours.

“What’s the point of asking a country that we know very well will not be able to repay to take loans? It’s ridiculous. So we must also know how to give,” he argued. “Because today I am giving, but maybe after tomorrow I will be the one who will receive something.” (EURACTIV.com)

In other news, Luxembourgish MPs voted a new coronavirus law, according to which as of Saturday (18 July) until 30 September, masks will be mandatory at any gathering of more than twenty people, including private ones, if guaranteeing a two-metre distance between attendees through seating turns out to be impossible. Police will not be allowed to monitor whether people in residential homes act in compliance with the measure, however. (Anne Damiani | EURACTIV.com)

Sweden tops EU for new cases. Sweden, whose softer approach to fighting COVID-19 drew global attention, has one of the EU’s highest rates of new cases but authorities say the spread is slowing. In the last two weeks, the country was second to Luxembourg in the EU in terms of new cases per capita with new infections more than six times the EU average.

Over the past 60 days, Sweden has seen a drastic increase in the number of new cases, but authorities stress that serious COVID-19 cases and associated deaths have declined. “If you increase testing you will find more cases,” deputy state epidemiologist Anders Wallensten told AFP. “But the more serious cases, those who become sick and need hospital care have rather decreased.” (EURACTIV.com)

Conte “ready to fight” as EU Recovery Fund decision looms. “We’re ready, we’ve studied all the dossiers and we hope the meeting will be useful”, Conte told the press before leaving to Brussels, where he will attend the European Council summit from 17 to 18 July to reach an agreement on the EU Recovery Fund and the EU’s long-term budget known as the MFF. EURACTIV Italy’s Alessandro Follis looks into the details.

Reforming tourism after COVID-19. Tourism cannot be left out of the transition towards a green and digital economy which “is not a choice or an option, it is an obligation,” European Commissioner for Cohesion and Reforms, Elisa Ferreira, told the EURAGORA forum while stressing the hard-hit sector’s “crucial role” for the economies of Spain and Portugal. Read more here.

In other news, the mayor of Lisbon, Fernando Medina, said that the difficulties created by the COVID-19 pandemic can be transformed into opportunities to solve problems such as access to housing, congestion and pollution, during the Euragora 2020 debate. (Maria João Pereira, Lusa.pt)

Will PiS sway the opposition? After the presidential elections in which conservative incumbent Andrzej Duda narrowly beat liberal opponent Rafał Trzaskowski (PO), the ruling Law and Justice (PiS) party has laid eyes on how to secure decision-making. While the party has the majority in parliament, it lacks one in the Senate, which can block some of its decisions and postpone others.

For now, it seems that PiS has set its sights on forming a voting alliance with PSL, the conservative Polish People’s Party. However, while PSL MEP Adam Jarubas confirmed that PiS tried to start talks with his party, PSL had decided not to engage with them for the moment. (Łukasz Gadzała | EURACTIV.pl)

The minister of the prime minister’s office, Gergely Gulyás, did not specify what the budget for the celebrations would be used for instead, adding that “we are glad we can save anything,” Index reported. (Vlagyiszlav Makszimov | EURACTIV.com)

“On the other hand, I am aware that there will be a need to compromise, as there are countries opposed to this“, said Prime Minister Igor Matovič. The PM also said he was in favour of discussing the issue of agricultural subsidies from the EU budget, unless this would prevent member states from reaching a compromise. (Zuzana Gabrižová | EURACTIV.sk)

PM announces cabinet will consist of sixteen ministries. Croatian Prime Minister Andrej Plenković on Thursday (16 July) outlined the structure of his next cabinet, which will consist of sixteen ministries, four fewer than the current government, Croatian news agency Hina reported. The new government will include four deputy prime ministers, the PM added. Find out more, here.

Slovenia awards corona-tracing app tender to cheapest bidder. The government signed a contract on Thursday with local firm RSteam for the app, which will be based on Germany’s Corona-Warn-App, Delo newspaper reported.

RSteam was the cheapest of the six bidders that applied, with an asking price of €4,026 for developing the app. The app should be operational on both iOS and Android by 1 August, the ministry of public administration announced. (Zoran Radosavljević | EURACTIV.com)

Thursday (16 July) marked the eighth day of protests in Bulgaria, where thousands of protesters in Sofia and other major cities called for the resignation of the government and the chief prosecutor. About 6% of those interviewed confirmed they had already been in the streets to protest, while 36% of people say they would take part in the upcoming demonstrations. (Krassen Nikolov | EURACTIV.bg)

State of alert extended as new cases reach record high. The Romanian government extended the state of alert for 30 more days starting Friday (17 July), as the number of new coronavirus infections continues to increase. On Thursday, authorities announced that 777 people tested positive in the previous 24 hours, the highest daily count of new cases since the debut of the pandemic.

Also Thursday, the Parliament finally adopted a law regarding quarantine and isolation of patients during an epidemic, after the Constitutional Court ruled a few weeks ago that the rules enforced by the government to contain the COVID-19 epidemic were against the Constitution. However, it will take at least a week until the law enters into force, due to procedural reasons. (Bogdan Neagu, EURACTIV.ro)

Difficult Serbia-Kosovo talks, but some progress. The continuation of the Belgrade-Priština dialogue with the EU’s mediation and the first face-to-face meeting with Kosovo Prime Minister Avdullah Hoti in Brussels “weren’t easy talks”, according to Serbian President Aleksandar Vučić. EURACTIV Serbia looks into details of the meeting.