Czech Republic at the mercy of Chinese and Russian secret services 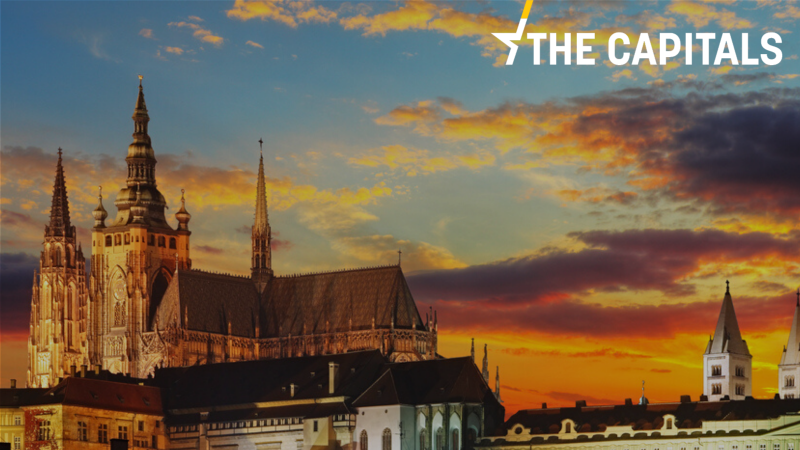 Before you start reading today’s edition of the Capitals, feel free to have a look at “Andriukaitis questions live animal transport after Romanian sheep tragedy“.

PRAGUE. Chinese and Russian intelligence activities pose a significant threat to the security of the Czech Republic. By using a wide range of methods, intelligence services from both countries tried to weaken Czech state institutions, influence official state positions related to international security and threaten the democratic system, the Czech intelligence service (BIS) warned in its annual report for 2018 published on Tuesday (26 November).

The report was published only a few days after EURACTIV.cz media partner Aktuálně.cz revealed that China had funded a “propaganda” course at the Charles University in Prague and paid a trip to China for some of its best students. In response to the scandal, the leading Czech university decided to close its Czech-Chinese centre.

When it comes to Russia, BIS noted that its key goal was to manipulate decision-making processes to force the opposition to weaken itself. According to BIS, Russian intelligence officers are trying to influence politicians, who can have an impact on the development of issues that are of interest to Russia.

The report triggered a wave of reactions from Czech politicians, who mostly praised BIS for its excellent work. Finance Minister Alena Schillerová (ANO, RE) said the government carefully analyses all the confidential documents obtained. Newly elected leader of the pro-European TOP 09 (EPP) Markéta Pekarová Adamová noted that the government is obviously not active enough. She also stated that “the head of pro-Russian activists is in the (Prague) Castle” pointing clearly at the president’s office.

Czech president Miloš Zeman is well-known for his pro-Russian attitude. In response to the BIS report, Zeman’s spokesperson said that it is unacceptable that the BIS considers people with a different opinion to be spreading disinformation and blamed the country’s intelligence service for attempting to restrict freedom of expression.

40,000 farmers shake Berlin. Up to 40,000 farmers travelled from all over Germany to Berlin on Tuesday (26 November) to protest against increasing environmental protection requirements and falling product prices, which are increasingly damaging their business.

Approximately 8,600 tractors formed long tractor convoys of up to ten kilometres in length, according to the Berlin police. The farmers demonstrated against the agricultural package passed by the federal cabinet at the beginning of September. The measures, which include an action programme to better protect insects and further restrictions on the use of animal and plant protection products, are an unacceptable burden for German agriculture, they argue. The measures were partly adopted as a reaction to a second infringement procedure by the EU Commission against Germany to reduce the high nitrate levels in groundwater.

Read also: German farmers will ‘have to declare bankruptcy’ if CAP direct payments are capped

No further delay on climate change. One week before of the World Climate Summit (COP25) in Madrid (2-13 December), Spain’s Minister for the Ecological Transition, Teresa Ribera, said on Tuesday (26 November) that the world should urgently raise its ambitions in the international fight against climate change, EURACTIV’s partner EFE reported. “We cannot further delay climate action at all levels”, Ribero said.

On Tuesday, the UN released a report warning that the planet’s average temperature would increase by 3.2 degrees this century “even if the emission reduction commitments tabled by the UN Paris Agreement are met”. (EuroEFE.EURACTIV.es)

Paris feels lonely in the fight against Jihad. In a fairly direct message to Germany, outgoing EU Commission President Jean-Claude Juncker noted that the French army is alone when defending Europe’s honour and security. Juncker said this after 13 French soldiers had died in Mali after two helicopters collided on Monday (25 November). This new bloody episode underscores France’s isolation in these operations. The logistical support that certain countries such as Germany, Spain, but also Canada and the United States, are providing to the Barkhane mission appears symbolic, compared to the 41 French soldiers who have died since the beginning of the operation. (EURACTIV.FR)

Read more on this story: Death of 13 soldiers in Mali highlights France’s isolation in Sahel region.

No more beer on-the-go. With a new decree due next week, Brussels is set to impose a ban on public alcohol consumption in pedestrian zones in the city centre – terraces and events excluded – from 1 February 2020 to 1 August 2020. “The measure is limited in time, as it will cease its effects six months after its adoption,” according to the decree. “After this period, an evaluation of the measure will be carried out”, which will provide a fine of €350 in case of infringement.

Several European capitals have implemented such a ban. While Madrid, Dublin and Rome have some of the highest penalties across the bloc, others like Berlin, Copenhagen or Lisbon continue to refrain from adopting such measures. (Alexandra Brzozowski | EURACTIV.com)

Plastic tax halved. The tax on single-use plastics to be proposed in the country’s budget law is expected to be reduced from €1 to €0,50 for every kilo of plastic. At the beginning of the month, the announcement of the levy had caused a stir in the country’s world-leading packaging sector based in Emilia-Romagna, where regional elections are scheduled in January. (Gerardo Fortuna | EURACTIV.com)

First choice. European Council President-elect Charles Michel picked Warsaw for his first visit, which was described by Polish PM Mateusz Morawiecki as “a good signal” indicating that they would “try to gain as much mutual information as possible in order to work out a compromise”. Michel said the EU was able to make more reasonable and creative decisions thanks to Poland, adding that he hoped mutual bonds would be further strengthened. But while “difficult talks” on the future of the EU budget, climate and foreign affairs, were on the agenda, Donald Tusk’s successor came to Poland with compliments and a soft tone that might not overshadow the shattered relations between Brussels and Poland over the countries’ rule of law. As a reminder: Poland willingly supported the Belgian and even hoped he would take the European Commission’s presidency. Read more

Not a blank cheque. Over a month after parliamentary elections that resulted in a more fragmented political landscape, the ruling PiS still leads in the polls, but voters are less willing to give the party a pass for the first 100 days of the new government. After obtaining over 43% in October, the latest poll by IBRiS shows that PiS has 39.6%, while KO, the main opposition force, 24.8% (27.4% a month ago). The Left comes in third with almost unchanged support of 12.8%.

Fifty days ban on opinion polls adopted. The Slovak parliament overruled the veto of President Zuzana Čaputová and adopted by a large margin the law extending a ban on opinion polls from 14 to 50 days before elections, one of the longest periods in the world. The President will now challenge the measure at the Constitutional Court. She will also ask the Court to suspend the application of the law as the general elections are planned for the end of February 2020.  (Zuzana Gabrižová | EURACTIV.sk)

Prosecutor general asks MEP immunity. The prosecutor general Sotir Tsatsarov has asked the immunity of MEP Elena Yoncheva, who led the list of the Bulgarian socialists in the EU elections. Yoncheva, a former journalist, is prosecuted for “large-scale money laundering” in 2012, when she used financing for her TV productions, from the failed  (in 2014) Corpbank of Tzvetan Vassilev, now a fugitive from justice in Serbia. The prosecution claims that she should be aware that the origin of the funds is fraudulent. But at that time, many state enterprises also used funding from Corpbank. Ioncheva says she is being targeted by PM Boyko Borissov’s GERB party, particularly as the “prosecution” against her is being led by Tsatsarov, who is considered to be a close friend of the prime minister.

The state-owned “Avtomagistrali” company is suspected of distributing millions in an absolutely opaque way through contracts for the supply of services and materials to a construction company. It is doubtful that the company is circumventing the tendering of works. The state uses budget funds in a ‘foul’ manner. At the end of last year, the government gave €650 million to “Avtomagistrali” without a public procurement for the construction of 134 km of the “Hemus” Highway in Northern Bulgaria.

PSD leader resigns. Following an intense meeting on Tuesday (26 November) evening, the president of the socialist party, ex-PM Viorica Dancila resigned. In fact, the whole leadership of the party is partly gone, as many vice-presidents resigned to force Dancila’s hand. “I understood my colleagues’ opinion that there is a need for a reset, a need that someone takes responsibility for the election results,” said Dancila.

She lost in the second round of presidential elections last Sunday, against incumbent president Klaus Iohannis, with the worst score ever registered by a PSD candidate. Marcel Ciolacu, the speaker of the Chamber of Deputies and the interim president had said: “Now, the party is no longer led by a ‘patriarch’ but by a team”. He added that a party congress to elect the new leadership is due in February.

Big budget gap. Romania’s new government published the draft of a budget revision, which envisages a considerable increase in the budget deficit from 2.76% of the gross domestic product to 4.3% of GDP. The centre-right Cabinet, which took over from the socialist government at the beginning of November, said the budget revenues are much lower than planned and not many costs can be cut in the current situation. (Bogdan Neagu, EURACTIV.ro)

President fired chief of Air Forces. Croatian President Kolinda Grabar-Kitarović has dismissed all Air Forces commanders in response to a scandal, according to which an arms smuggler was transported with a helicopter of the Croatian Army (HV). Defence Minister Damir Krstičević said no arms or ammunition had been transported. Read more

17 vehicles with thermal vision cameras. Croatia’s border police received 17 vehicles with thermal imaging cameras for border surveillance, which can cover distances of up to five kilometres. According to the Croatian police, 860 migrant smugglers were arrested in the first ten months of 2019. In the same period, 17,000 illegal migrants were prevented from crossing the border, representing a 150% increase compared to last year. Read more

Meanwhile in Serbia, the border police prevent daily 20-50 people from illegally entering Serbia, mainly from North Macedonia and Bulgaria. Afghan and Pakistani nationals make up the majority of the illegal migrants arriving via the so-called “Balkan route”, whereas Syrians have been coming in much smaller numbers than in 2018.