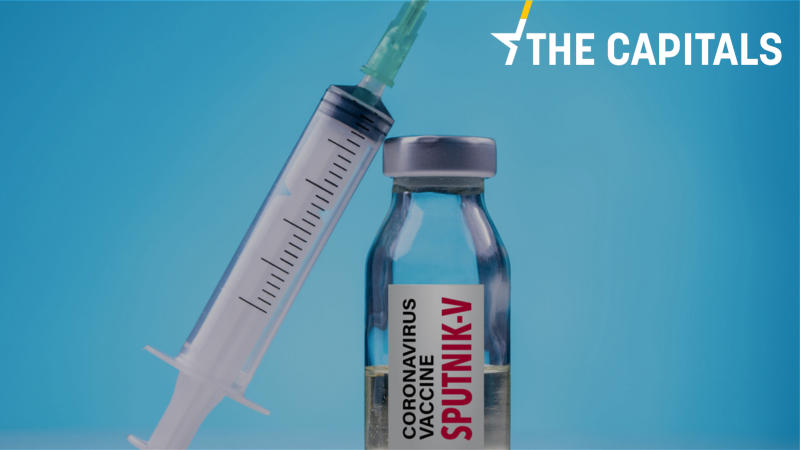 The Czech Republic is officially considering purchasing the Sputnik V jab Czech PM Andrej Babiš said on Wednesday in Belgrade after a meeting with his Serbian counterpart Ana Brnabić, where Serbia's mass vaccination programme with the Chinese and Russian jabs was discussed.  [Shutterstock/Yalcin Sonat]

Before you start reading today’s edition of the Capitals, feel free to have a look at the article “EU regulator wants vaccine data on mutation protection“.

Babis interested in Serbian vaccination strategy, Russian vaccine. The Czech Republic is mulling the purchase of Russian coronavirus vaccines in order to get a head start in the event the European Medicines Agency (EMA) ends up approving the Sputnik V jab. Meanwhile, Serbia, which has already started vaccinated people with Russia’s vaccine, said it would start producing it by the end of the year while Ukraine formally banned registration of Russian COVID-19 vaccines. Read more.

Portugal defends ‘geopolitical’ importance of EU-Mercosur trade deal. Portugal’s secretary of state for internationalisation, Eurico Brilhante Dias, defended the importance of the EU-Mercosur agreement, not only in the field of trade, but also at “geopolitical and geostrategic” level. Read the full story.

Far-right leader Le Pen in court over IS group tweets. Far-right Rassemblement National leader Marine Le Pen and MEP Gilbert Collard appeared before the criminal court in Nanterre on Wednesday for posting pictures of Islamic Group atrocities on Twitter and Facebook in December 2015 after a journalist compared the French far-right party to the Islamist militants. The prosecution is calling for a €5,000 fine despite the crime being punishable by up to three years in prison and a €75,000 fine.

“The publication of these three photos, which were freely available at the time on search engines, was to show the barbarity of a terrorist organisation. And to say that one cannot reasonably compare it to a political party, said Le Pen’s lawyer, Maitre David Dassa-Le-Deist.(Mathieu Pollet | EURACTIV.fr)

In other news, French President Emmanuel Macron told US President Joe Biden that the leaders could broker a settlement to the long-running trade dispute between Boeing and Airbus, according to a media report on Wednesday (10 February). Read more.

Sharp rise in sales of sleeping pills in Belgium. There has been an increase in both prescription sleep-inducing drugs and so-called ‘softer’ sleep aids, which are available in pharmacies without a prescription over the past year, according to a report by Febelco, the country’s largest supplier of medicines to pharmacies. Health experts speak of a ‘worrying evolution’, connected to the COVID-19 pandemic. Read more.

Don’t wage battle against the City, UK bank governor urges EU. The Governor of the Bank of England, Andrew Bailey, on Tuesday (10 February) urged the EU not to wage a regulatory battle against the UK on financial services, warning that “a world in which the EU dictates and determines what rules and standards we have in the UK is not going to work.” More.

EU rejects most UK demands on Northern Ireland trade, concedes on steel. The European Union rejected on Wednesday (10 February) most of Britain’s demands for easier trade with Northern Ireland but said it was examining more flexibility on steel. More.

Russia testing and deploying new generation nuclear weapons up north. Russia is actively testing new weapons systems that do not fit into the traditional framework of arms control treaties near the borders of Norway and Finland, according to the annual report by Norway’s Intelligence Service (NIS) released Monday. Read more.

Estonia plans to build Europe’s first small scale nuclear reactor. To secure and increase its energy generation, Estonia is planning to have its first nuclear reactor, a small modular reactor ready within about ten years. It is set to be located some 100 kilometres east of Tallinn, on the coast of the Gulf of Finland, Estonian broadcaster ERR reported. Read more.

Italy’s Five Star Movement divided over prime-minister designate Draghi. While leaders of the Five Star Movement (M5S) – the largest party in the Italian parliament – are backing a government led by prime minister-designate Mario Draghi, a group of dissident MPs is against Draghi taking the reins. The party held an online consultation on Wednesday in the hopes of settling their differences. Read more.

Two-state vs UN-supported solution: Mitsotakis ‘challenges’ Erdogan on Cyprus Issue. The only way to resolve the Cyprus issue is to establish two states on the island, Turkish President Tayyip Erdogan told the Turkish Cypriot community on Wednesday. At the same time, Athens favours an UN-supported solution for a federation, while Cyprus hopes that discussions should continue from the latest round of the Crans-Montana talks. Read more.

Poland’s independent media went on strike. Independent media protested on Wednesday against government plans to impose a new tax on advertising revenue. Daily newspapers filled their entire front page with an appeal to authorities to back away from the idea, accompanied by a ‘Media without choice’ slogan printed in white font on a black background. Read more.

Slovakia sending a satellite into space. The GRBAlpha satellite, which is currently in Moscow awaiting its launch abroad a Russian spaceship this spring from the Baikonur Cosmodrome, will be the second satellite constructed in Slovakia to orbit the earth. Researchers from Slovakia, Hungary, and Japan participated in the project. Read more.

Vast majority of Bulgarians unable to cover living costs. Given that monthly living costs for a household with two adults and two children has now reached €1,300 in Bulgaria, 65% of Bulgarians are currently unable or just about able to cover their living costs, according to an annual report published by Bulgaria’s confederation of independent trade unions. Read more.

EU not happy with Romania’s budget proposal. Although the Romanian government is struggling to keep the budget deficit at around 7% of the country’s GDP, the adjustment from last year is still too low to gain praise from Brussels, according to Prime Minister Florin Citu. Read more.

Foreign countries will not patrol Croatian skies, says defence minister. “We still have our MiGs whose lifespan expires in 2024. I deeply hope that by that time we will resolve our situation regarding the multipurpose fighter aircraft,” Croatian Defence Minister Mario Banožić said on Wednesday, adding that until then Croatia’s Air Force will continue guarding the country’s skies as it has done over the past 30 years. Read more.

Opposition parties in Slovenia try again to overthrow the government. The five left-leaning opposition parties have filed another motion for a constructive vote of no confidence in the government of Janez Janša, with Karl Erjavec, the president of the Pensioners’ Party (DeSUS), as a candidate for the prime-minister designate position. Read more.

Hojs says he did not break any Slovenian coronavirus rules, though Croatian police confirmed that his coming was not announced through diplomatic channels. The minister told Slovenian media that the purpose of his ‘unannounced’ trip was so that he could see for himself how consistently Croatian border police check people’s reasons for crossing the border. (Željko Trkanjec | EURACTIV.hr)

First round of Mostar elections repeated after international community gets involved. The candidates of BiH’s Croat Democratic Union (HDZ BiH), Mario Kordić, and the ‘Coalition for Mostar’, led by the mainly Bosniak Party of Democratic Action (SDA), Zlatko Guzin, have passed the first round of the mayoral vote in the City Council of Mostar on Wednesday.

This comes after the High Representatives and members of the international community called for the elections to be repeated, this time according to the rules, meaning secretly. While international pressure ensured elections were ultimately held in secret, the European Court of Human Rights urged Bosnia and Herzegovina in 2019 to amend legislation to ensure elections are held in Mostar. (Željko Trkanjec | EURACTIV.hr)

The new restrictions include a 9pm to 5am curfew, a ban on intercity travel from Monday to Friday, and no music in bars and restaurants after 6pm, though shops will remain open until 8pm. Stricter measures will apply to the coastal towns of Budva and Tivat, which have the most difficult epidemiological situation, including a ban on the work of educational institutions, retail shops, bars and restaurants, shopping malls, and fitness centres. Residents have been advised not to leave their place of residence.  (Željko Trkanjec | EURACTIV.hr)