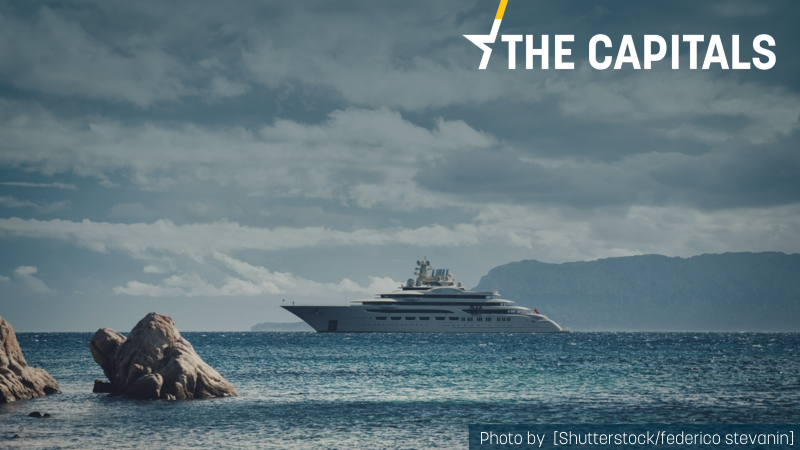 “Today, I received a reply from Cyprus that our counterpart there is not competent in international sanctions, and I will not receive the requested information,” Hylmar said during a meeting of the Czech Senate on Tuesday (26 April), adding that tracks of suspicious assets often lead to Cyprus. [Shutterstock/federico stevanin]

The Czech Financial Analytical Office, which has the power to freeze the assets of Russian oligarchs, is complaining about Cyprus’ reluctance to provide information on the owners of companies – meaning Czech efforts to find and punish Russian oligarchs often fails. Read more.

EU’s cyber incident reporting mechanism does not work, agency chief warns. The head of the EU’s flagship cybersecurity agency has warned that its incident reporting system is too bureaucratic and “does not work”, and called for a more resilient system, as well as a better legislative environment and information sharing with member states. More.

Former corruption prosecutor to inform MEPs about ‘Greek Rule of Law’. Eleni Touloupaki, Greece’s former head of the Corruption Prosecutor’s Office, will inform MEPs on Thursday about the rule of law in Greece, EURACTIV.com has learnt. Read more.

French Left split over union centred around Mélenchon. Negotiations over uniting the French Left ahead of the legislative elections in June are underway but senior officials of the parties involved are split over calls to rally behind radical-left leader Jean-Luc Mélenchon. EURACTIV France reports.

Dutch continue to receive Russian gas despite refusing to pay in roubles. Russia is still supplying the Netherlands with gas even as it refuses to pay for it in roubles since the country’s state-owned companies have direct contracts with Russia, NOS reports. Read more.

Russia adopts ‘stick and carrot’ policy toward Finland, Sweden. Russia’s relations with Finland and Sweden will worsen if they join NATO, the First Deputy Chairman of the International Committee of the State Duma Dmitry Novikov said in an interview with Russian newspaper Izvestiya, adding, this would not rule out cooperation in areas like economics and culture. Read more.

Greece ready to cope with Russian gas cut-off on 20-21 May. Athens has not ruled out having its Russian gas flows cut off – like Poland and Bulgaria – on 20-21 May, government spokesperson Giannis Oikonomou said, adding that it would not come as a surprise. Read more.

Algeria threatens to cut gas contract with Spain. Gas giant Algeria threatened Wednesday (27 April) to break a contract to supply gas to Spain if Madrid transferred it onwards to “a third destination”, amid tensions with regional rival Morocco. Read the full story.

Hungarian opposition avoids press following parliamentary committee. The previously united opposition was unable to agree with the ruling Fidesz party on divvying up committee seats in the Hungarian legislature in an apparent sign of difficulties in continuing collaboration after their crushing defeat at the polls. Read more.

Ending Russian gas dependency must be realistic and feasible, says Slovak president. An immediate halt on gas deliveries from Russia would cause problems for Slovakia, so a timeframe for getting rid of Russian gas must thus be “realistic” and “feasible”, President Zuzana Čaputová has said. Read more.

Putin drives wedge between prime minister and president in Bulgaria. The Kremlin’s decision to cut off gas to Bulgaria has wholly exposed the positions of the leading political players in Sofia and caused a complete rupture in relations between Prime Minister Kiril Petkov and President Rumen Radev. Read more.

Croatia backtracks on Finnish and Swedish NATO membership comments. The NATO membership of Sweden and Finland should be separated from electoral reform in Bosnia and Herzegovina (BiH), Croatian Foreign Minister Gordan Grlić Radman said on Wednesday, after President Zoran Milanović saying the opposite had signalled a shift in Croatian foreign policy to NATO members. Read more.

Croatia racing to mitigate impact of Ukraine war on agrifood sector. Croatia has made ensuring food security a key focus in light of the crisis in Ukraine, rolling out a number of measures to help producers cope with the fallout from the war. EURACTIV Croatia reports.

Serbia not affected by Russia cutting gas to Bulgaria, Poland. Russian energy giant Gazprom’s suspension of gas delivery to Poland and Bulgaria does not affect the Serbian gas supply, Energy Minister Zorana Mihajlović said on Wednesday, adding that Serbia gets gas through the Balkans via Bulgaria, as a transit country. Read more.

North Macedonia FM believes Skopje-Sofia dispute could be ‘frozen’. The dispute between Bulgaria and North Macedonia could escalate into a “frozen conflict” if outstanding issues are not resolved in the near future, Foreign Minister Bujar Osmani told Bulgarian television BTV in an interview. Read more.

Albanian beekeepers cautious over draft law to align with EU acquis. Albania’s beekeeping sector will be regulated as the government has proposed the final draft of a new law that would impact those with just one hive in an effort to align with the EU acquis. But not all beekeepers are buzzing over the news. Read more.