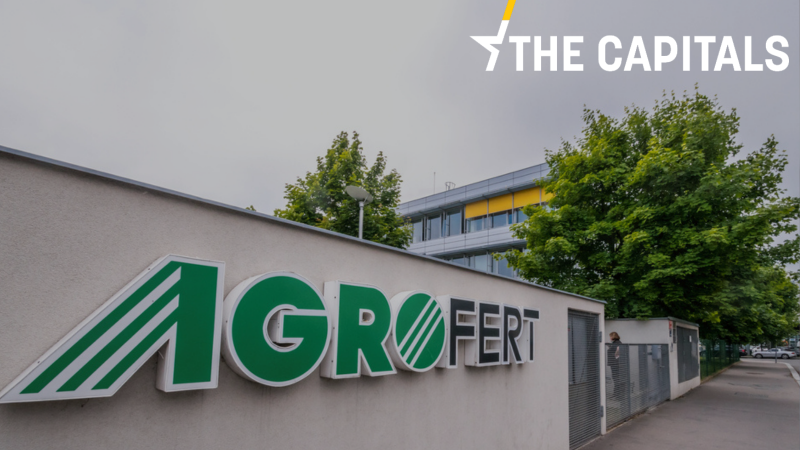 Among the largest EU beneficiaries of agricultural funds is Czech-based Agrofert holding, whose beneficial owner is Andrej Babiš. [Shutterstock/btwcapture]

Before you start reading today’s edition of the Capitals, feel free to have a look at the article EU quells fears over lack of media interest in CoFoE, by Eleonora Vasques.

The future cabinet will bring a shift to the country’s farm policy by capping EU subsidies and focusing on small and medium-sized farms, effectively putting an end to the EU subsiding large agricultural companies, something the outgoing government of Prime Minister Andrej Babiš fought hard in the past years to ensure. Read more.

However, the EU Parliament shares a different view. EURACTIV has seen a letter signed by all political groups in the European Parliament, except the European Conservatives and Reformists Group (ECR) – to which Poland’s ruling PiS party belongs – calling on the Commission chief to refrain from approving the Polish recovery plan. Read more.

New German coalition mulls lockdown for unvaccinated, selective vaccine mandates. “We will get this off the ground,” Katrin Göring-Eckardt, head of the Greens in the German parliament, said about the prospect of changing the law to require vaccination for select professions, like caretakers in homes for the elderly and childcare workers. Read more.

Le Pen: Borders cannot be opened in face of ‘blackmail’. We must not “open the borders” in the face of Belarussian’ “blackmail”, French far-right candidate for the 2022 presidential elections, Marine Le Pen told FranceInfo news channel Monday morning.

According to Le Pen, we are facing “a Europe which is besieged by migrants used as a migration weapon”. She also explained that the new migration crisis is the “consequence of the mistakes of the past”, referring to “blackmail by Turkey” to open the borders.  “Other regimes might consider that this weapon works extremely well,” she added. (Clara Bauer-Babef | EURACTIV.fr)

Vienna University distances itself from expert report exonerating Kurz. The expert report that the lawyer of the conservative ÖVP commissioned to clear former chancellor Sebastian Kurz over the corruption allegations facing him has backfired, with the University of Vienna distancing itself from the law professor who drafted the report. Read more.

BERN
Worlds apart: Switzerland and EU keep talking past each other. The Swiss foreign minister was in Brussels to launch a political dialogue between the EU and Switzerland six months after the Swiss government decided to stop negotiations on a framework agreement between them. However, prospects for a genuine rapprochement anytime soon are slight, according to an analyst. Read more.

Mitsotakis demands the Parthenon Marbles return home. Greek prime minister Kyriakos Mitsotakis will make the return of the Parthenon marbles at the top of the agenda at a meeting with UK counterpart Boris Johnson on Tuesday. Mitsotakis appears set to offer to loan some of Greece’s cultural treasures to Britain as an exchange deal for the statues the British removed from the Parthenon temple in 1816.

At the heart of Greece’s argument for restoration, the British Museum’s Greek galleries, where the ancient statues have been displayed, have been closed for the past year due to the COVID pandemic and needed building work. However, Johnson has repeatedly stated that the statues, which the UK describes as the Elgin marbles, will not be returned. (Benjamin Fox  | EURACTIV.com)

Italy tightens COVID-19 measures for public transport and taxis. New COVID-19 measures have been announced by Health Minister Roberto Speranza and Transport Minister Enrico Giovannini on Monday (15 November) for both public and private transport in response to the growing infection rate in the country.  Read more.

Portuguese PM calls for meeting to assess evolution of COVID-19 situation. Prime Minister António Costa has called a meeting for Friday (19 November) on the development of the epidemiological situation of COVID-19 in the country, bringing together experts and politicians at the national authority of medicines and health products Infarmed in Lisbon, a government source told the Lusa agency on Monday. Read more.

Bars and restaurants go on strike in Greece, report massive losses. The catering industry, pubs, cafés, and restaurants will go on strike on Tuesday (16 November) to protest the government’s COVID measures, which according to them, have led to 30-50% income losses and threaten jobs in the sector. Read more.

Central bank chief speaks out against Fidesz’s economic policy. “Honest disagreement is often a good sign of progress” – this is the Mahatma Gandhi quote that Hungarian National Bank governor György Matolcsy concluded his latest article in the government-allied Magyar Nemzet. His article detailed the serious risks associated with the consequences of the government’s handling of the crisis, Telex reported. Read more.

Thousands of migrants gather at the closed border crossing in Kuźnica. Early Monday morning, a large crowd of migrants emerged at the same border crossing where one week before, there were attempts to break through the Polish border. Polish officials say the Lukashenko regime staged the incident in Belarus. Read more.

Slovakia struggles with the reform part of the recovery plan. The Slovak government cannot pass reforms needed to fulfil the milestones in the recovery plan set by the European Commission despite this being key for EU countries to access additional recovery funds. Read more.

Romanian coalition talks progress, but president still instrumental in choosing PM. The centre-right party PNL and the socialist PSD have largely agreed on a governing programme, but the prime minister’s name is not yet settled. President Klaus Iohannis has the final say in choosing the future prime minister. Read more.

Senior US government official visits Sarajevo. Derek Chollet, the Counsellor of the US Department of State, visited Sarajevo on Monday (15 November). Read more.

Kosovo invited to US-led Democracy Summit. After a week of speculation, Kosovo’s President Vjosa Osmani confirmed that Kosovo and Serbia were invited to the upcoming Summit for Democracy. Read more.