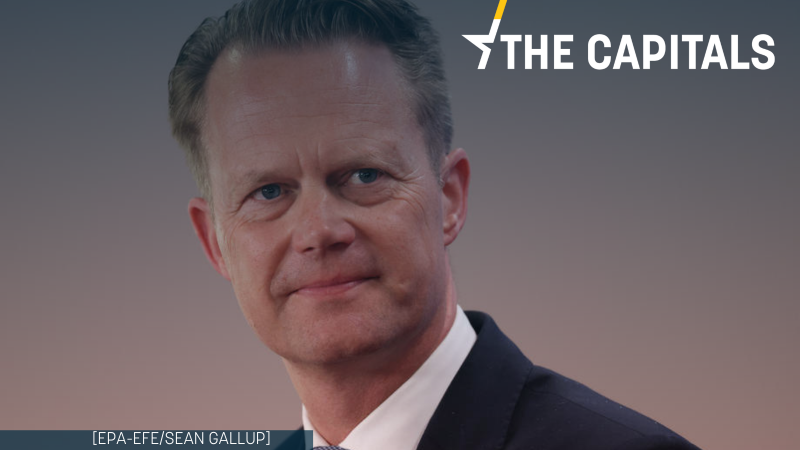 "It's clear that the work to do the reforms, and in parallel, rebuilding Ukraine will be a tremendous effort, and Denmark will be partnering Ukraine here," he added. [EPA-EFE/SEAN GALLUP]

Today’s edition is powered by Equinor.

We set ambitious targets, now we accompany them by action.

We aim to be a net-zero energy company by 2050 and to achieve that we have designed our first Energy Transition Plan; a concrete plan of defined actions to ensure we deliver on our ambition.
Continue Reading >>

Marking a change in tune, Copenhagen has now said it supports EU enlargement, particularly that of Ukraine as EU leaders are set to meet in Brussels to decide on the bloc’s future.

Czech presidency to allow treaty change if there is ‘strong will,’ says minister. The Czech Presidency will not prevent a call for a Convention to open the treaties if there is a strong will, EU affairs minister Mikuláš Bek said in a press conference on Monday. Read more.

EU says Lithuania acted ‘by the book’ in Kaliningrad standoff with Russia. Lithuania was not acting unilaterally and was only applying EU sanctions when it decided to ban the transit of some goods to Russia’s Kaliningrad exclave, the EU’s chief diplomat Josep Borrell said on Monday (20 June), backing up Vilnius in its new row with Moscow. Read more.

Austria doubles speed of solar panel rollout. More than double the solar panel capacity of 2020 was installed in 2021, making the past year by far the Austrian solar industry’s best, the photovoltaic industry association said on Monday. Read more.

Belgians strike against rising cost of living. The three largest trade unions organised a national strike in Brussels on Monday to protest against wage legislation and demand more purchasing power for workers, kicking off a series of nationwide strikes this week. Read more.

Dutch to focus on coal to save gas for winter. The Netherlands will be using coal-fired power plants over the coming months to store gas for the upcoming winter, Dutch News reports. Read more.

Sweden, Finland discuss NATO application with Turkey. Turkey’s security concerns were discussed with ministers from Sweden and Finland at a meeting organised by NATO Secretary-General Jens Stoltenberg in Brussels on Monday. Read more.

Italian regions to declare state of calamity over drought. The Lazio region announced the forthcoming adoption of a drought state of calamity on Monday and the Po valley’s regions are considering doing the same as Italy faces its worst drought in 70 years. Read more.

Majority of disabled people face attacks in Czechia. Disabled people are frequent victims of violence in the Czech Republic and only a fraction of those attacked reported it to the police, according to a survey conducted by In IUSTITIA. Read more.

Sofia gives hope for lifting North Macedonia veto. With days to go before EU leaders discuss enlargement at the EU summit, Sofia has given a bit of hope that its veto over North Macedonia opening accession talks could be lifted. Read more.

Kosovo, Albania, sign 19 agreements at eighth bilateral meeting. The governments of Kosovo and Albania have signed 19 new agreements and memoranda concerning the free movement of people and goods, as well as matters of education, trade, and tourism. Read more.