This is an article from EURACTIV’s media partner, Der Tagesspiegel.

In the coronavirus crisis, the spring of 2020 has so far also been a spring of solidarity. There are people who offer to help with shopping to their neighbours from risk groups. There are demands for higher salaries for people in systemically important professions, and companies are changing their production lines to make masks and help the health sector. People support their favourite restaurants by buying vouchers.

Yet experts like the sociologist Wilhelm Heitmeyer warn against a “social romanticism” that can quickly lead to disappointment.

Social psychologists even fear undesirable social side-effects, which only gradually become visible. Past crises have already shown that a threat allows conspiracy theories to flourish. People become more authoritarian in their thinking, wanting a strong leader and showing aggression towards dissenters. Xenophobia and racism also tend to rise.

A number of German scientists are currently investigating whether these effects are also evident in the coronavirus crisis.

The basic psychological mechanism behind it: In times of crisis, many people look for a way to deal with the perceived loss of control. The motivation to join a group that is capable of acting increases, says the Leipzig social and environmental psychologist Immo Fritsche, which “can be expressed in support for an energetic government or in solidarity in the neighbourhood.”

Many people focus mainly on the fact that their own group is doing well.

What are the consequences of focusing on the group?

The fact that we tend to orient ourselves more towards our own group during the crisis can have many positive consequences, “such as people putting on a mask or showing a high level of acceptance for contact restrictions,” says Fritsche.

But the community orientation also has a “dark side”: authoritarian thinking. This leads people to follow the perceived rules and norms to a greater extent in their group and take stronger action against those who break them.

“It’s called authoritarian aggression,” says Fritsche. This is directed not only against people who do not adhere to the coronavirus measures, but also against people who generally have different political or religious affiliations.

These authoritarian attitudes can be measured by asking for agreement on statements, such as “we need strong leaders so that we can live safely in society,” or “troublemakers should be made to feel clearly that they are unwanted in society.”

Social psychologist Frank Asbrock from the Technical University of Chemnitz says, “in the current situation, people with authoritarian attitudes would, for example, be in favour of the population helping the police to track down people who do not follow the initial rules. They are ready for denunciation.”

Asbrock does not yet have final results for his research on the coronavirus crisis. However, some correlations could already be identified from survey data. “Those who are more authoritarian think the government’s measures are more appropriate,” says Asbrock. “They like strict measures because they feel the need to maintain order and security for their group.”

Asbrock and his team also surveyed how people are dealing with the coronavirus, asking whether they are hoarding food, whether they are afraid of getting sick or of an economic crisis. “The data supports our hypothesis that there is a correlation between perceived threats and authoritarian attitudes.”

He and his colleagues have also been able to demonstrate the rise of authoritarian attitudes in times of crisis in experiments in the past.

“One of our experiments involved asking people to imagine that they were experiencing a terrorist attack,” he says. Another group, the control group, was asked to imagine something more harmless, like toothache. “The first group saw an increase in authoritarian reactions: such as devaluing minorities and supporting authoritarian leaders.” 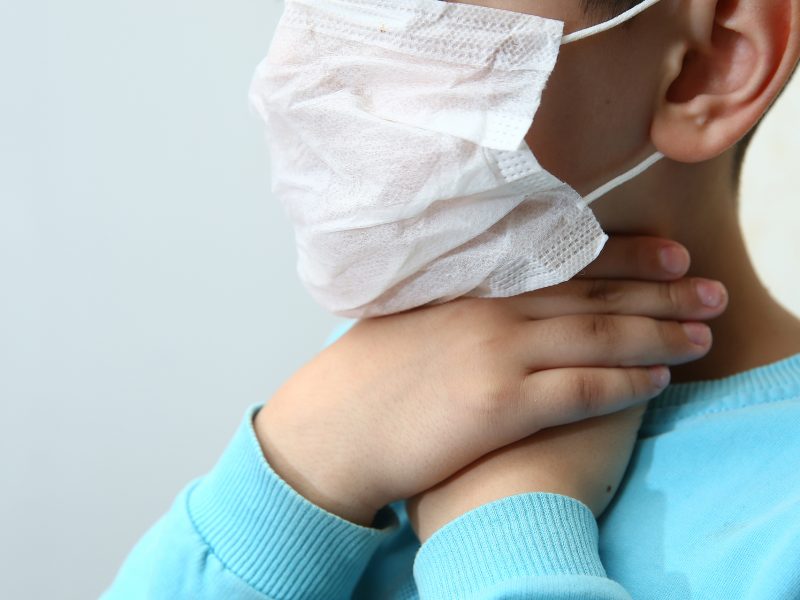 How does xenophobia manifest itself in the crisis?

Andreas Zick heads the Institute for Interdisciplinary Research on Conflict and Violence in Bielefeld. Together with his colleagues, he has been investigating the spread of right-wing extremist and anti-human attitudes in Germany for many years – and is now researching the impacts of the COVID-19 crisis.

“Crises are always accompanied by stigmatisation, prejudice and discrimination,” he says.

In the USA after Hurricane Katrina, for example, it was observed that black Americans were massively discriminated against. “They received less aid, came later for medical care and were also helped later on in the reconstruction,” says Zick.

In Germany, racism and xenophobia increased massively after the financial crisis, and the same mechanisms are now also becoming visible.

On the one hand, there is open racism towards people who look Asian. On the other hand, xenophobia was also manifesting itself in a more subtle form. “In the case of the Romanian harvest workers, it is clear that although we need them, we talk about them as a potential danger. And yet their risk of catching this disease is at least as great,” Zick said.

The effect has also been seen in past pandemics such as swine or bird flu: “People seek safety and control by identifying specific groups that are believed to have introduced or spread the virus. These groups are then attributed negative characteristics.”

Zick says that this can be observed particularly strongly in right-wing extremist chat groups at the moment. “Suddenly antisemitism appears, as we saw in the Middle Ages during the plague.”

Social psychologist Asbrock also observes how right-wing groups are currently trying to link the issues of migration with illness, and chats claim that asylum centres are COVID-19 hotspots.

Why are conspiracy theories spreading so quickly?

The social psychologist Pia Lamberty from the University of Mainz sees another point of concern. “Threats and insecurities go hand in hand with increased susceptibility to conspiracy theories,” she says. If people feel they have no control, “they see patterns where there are none. A conspiracy narrative structures the world.”

Experimental studies have shown that people with insecure jobs are more susceptible to conspiracy theories. “This has been seen with AIDS, Zika, even the Spanish flu.”

Conspiracy theories are also often accompanied by hostility against certain groups. “One can see, for example, that antisemitic world-explanation models play a role, which either George Soros or Israel suspect behind the virus,” says Lamberty.

She warns against underestimating the effect of these theories. Her research shows that people who believe the virus does not exist, or that it is exaggerated, are less likely to follow hygiene guidelines.

In addition, 5G masts are currently being set on fire in more and more countries because of the spread of the story that there is a connection between the outbreak of the coronavirus and the development of the latest mobile phone standard 5G. 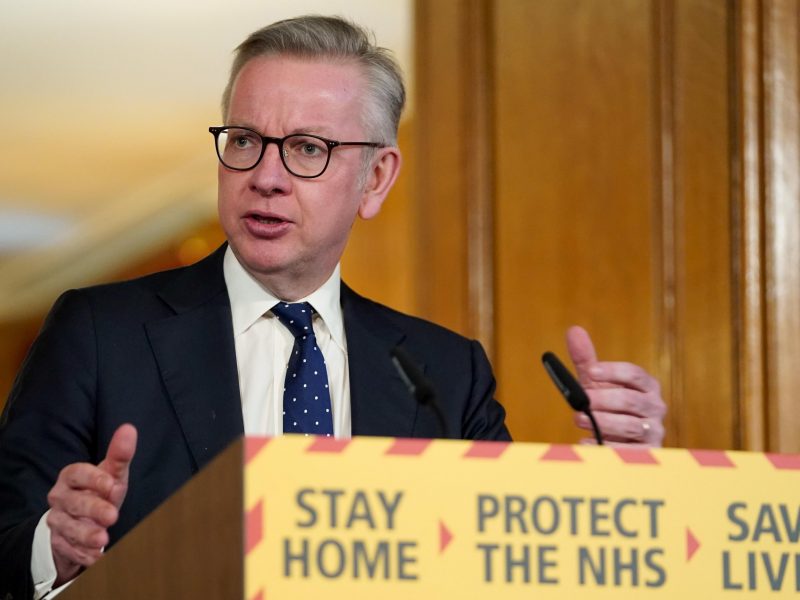 A conspiracy theory that links 5G mobile telecommunications masts to the spread of the novel coronavirus is dangerous fake news and completely false, Britain said on Saturday (4 April) after masts in several parts of the country were torched.

What do these developments mean for our society?

Social psychologist Fritsche says that the increase in authoritarian attitudes in threatening situations is not necessarily synonymous with a shift to the right in society. “People orient themselves under threat to the groups that are personally significant to them,” he explained.

He and his colleagues were able to prove this with an experiment on climate change. Students were told that an activist group punctured the tires of a sexist professor. Then they were informed how the majority of their fellow students allegedly assessed the action.

“Those students who were previously reminded of the threat of climate change were more willing to follow the opinion of their group,” reports Fritsche. Transferred to political groups, this means that under threat the left move further left and the right further right, “which consequently leads to polarisation.”

Asbrock also doubts that solidarity will last long. “We are now in a phase where there is gradual relaxation, but not for all people. People are already asking: why are these shops allowed to open and we are not? It gives rise to debates of envy.”

Also in the 2015 refugee crisis, solidarity had been great at the beginning, but disillusionment came soon after. “There were major conflicts, polarisation and envy with the motto: money is for them and not for us. It could be similar now,” Asbrock noted.

Zick recalls that Germany was already massively polarised politically before the crisis. “I am sceptical that we will automatically come out of the crisis more democratically than we went in just because we are now moving closer together.” 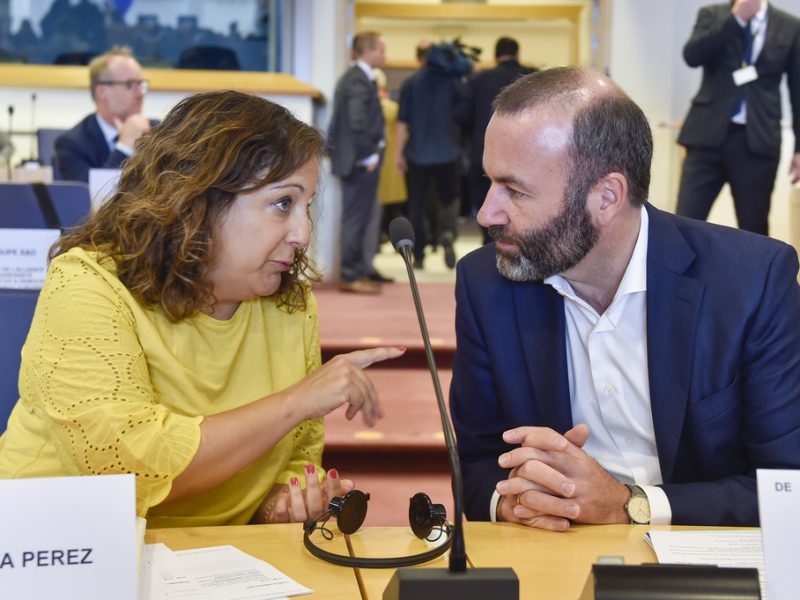 What can politics do?

Zick stresses that authoritarian reactions are only one of several ways people process the crisis. “In a democracy, we always hope for informed consent. That is, we temporarily agree to follow the government’s proposals.”

To achieve this, politics, science and the media must provide citizens with sufficient information. The social psychologists consider transparency and the acceptance of criticism to be extremely important.

To avoid further polarisation after the crisis, it is essential, in Zick’s view, to reduce inequality in the population.

“If the systemically important occupations also receive systemically important conditions and if weaker groups receive support more quickly in future, that would be a protection against authoritarian tendencies,” he says. But politics should not slip into the mode of promising economic growth, security, tough action and control in the near future.

Fritsche also pleads for international cooperation. When people under threat become more hostile towards people outside their own group, the question “who actually belongs to us” becomes more important. It would be good to arrive at a self-definition that is as inclusive as possible, for example, European.

On the other hand, it would be harmful if people perceived that in a crisis everyone first looks to their own country.

“Under threat, we are particularly susceptible to social norms and a perceived social consensus. In Europe, there is now a focus on the national. This is a great danger,” says Fritsche. “If everyone closes the borders, if there is an export stop for health care products and a hesitation to stand up for each other financially as well, it can accelerate the fire.”