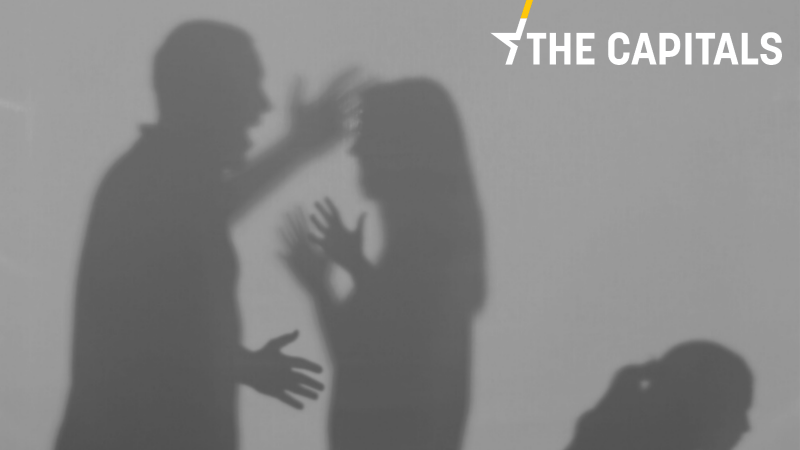 While domestic violence across France increased by "32% in one week", the rate in Paris even reached 36%. [Shutterstock/Africa Studio]

Before you start reading today’s edition of the Capitals, feel free to have a look at the article “EU Commission expects deeper recession than in 2009” by Jorge Valero and “Brussels seeks ‘consensual’ economic response to COVID-19 crisis, shifting away from coronabonds” by Beatriz Rios.

PARIS. Secretary of State for Gender Equality, Marlène Schiappa, has revealed a dramatic increase in domestic violence cases since the lockdown started about two weeks ago. While domestic violence across France increased by “32% in one week”, in Paris it rose by as much as 36%.

On the day that President Emmanuel Macron announced sweeping plans to go into a 15-day period of enforced lockdown from Tuesday, concerns also arose as to the potential increase in cases of gender-based domestic violence, following a previous surge in China under similar conditions.

Another federal-state meeting. Germany’s federal government and heads of the country’s 16 federal states are set to meet again on Wednesday (1 April), a government spokesperson announced on Monday (30 March). While they intend to take stock of the current measures and assess how best to proceed, they will not advocate for the removal of restrictions, as the speed of the virus’ spread is still far too high to relax the restrictions, the spoksesperson confirmed.

Meanwhile, the country will go into an “unavoidable” recession, according to a report from the German Council of Economic Experts. The slump could reach up to 5.4%, which is just 0.3% short of the contraction in 2009 if restrictions last longer or production is further halted as a result of the crisis. If restrictions are lifted by mid-May, the economy would only shrink by 2.8%. (Sarah Lawton | EURACTIV.de)

New government bonds. Belgium will borrow extra money to pay for its increased spending through government bonds, according to reports of the Belgian Debt Agency. Although the full sum is unknown, “the additional need runs into billions, that is clear”, Belgian media quoted director Jean Deboutte as saying.

Experts expect it would be a loan over five to seven years. Emergency economic measures are set to cost the federal government up to €10 billion, David Clarinval, federal minister for budget said last week, while fiscal measures could cost €4.5 billion, along with additional ones to support the unemployed and self-employed. (Alexandra Brzozowski | EURACTIV.com)

Austria tightens measures restricting social life. Chancellor Sebastian Kurz announced new and stricter measures to combat the spread of coronavirus on Monday. In supermarkets, shoppers will be obliged to wear protective mouth-nose-masks (as opposed to medical-quality masks used by doctors) which will be distributed at the shops’ entrances by Wednesday at the latest. EURACTIV’s Philipp Grüll has more.

Lockdown: A cumbersome experiment. Head of Sweden’s public health agency Johan Carlson said in a TV interview on Sunday (29 March) that the country’s approach to coronavirus was the right one, adding that the authorities “remain pretty confident it is the best way to stop the disease from spreading”. “At the end of the day, it did not matter how many infections we have,” said Carlson. “That is a cumbersome experiment, locking up people for four to five months,” he added. Read more.

Flight grounded. An Aer Lingus flight from Dublin to China, which was due to fly out on Monday to collect medical supplies for the fight against coronavirus, had to turn back to Ireland because of a collision with a bird. EURACTIV’s Samuel Stolton reports.

“EI9018 has returned to Dublin following a bird strike,”  an Aer Lingus spokeswoman said, adding that the plane will be assessed by engineers in Dublin before being cleared for a new flight to China. The first supply of COVID-19 medical equipment from China landed in Ireland on Sunday, following a €208m deal with the Chinese. (Samuel Stolton | EURACTIV.com)

Prolonging the state of emergency. Portuguese Prime Minister António Costa predicted on Monday that it would be necessary to prolong the measures that are in place, with or without a state of emergency and due to the “success in lowering the peak of the COVID-19 pandemic”. President Marcelo Rebelo de Sousa will decide whether to extends its state of emergency, which the government imposed on 18 March and which lasts until midnight on 2 April.

The president of the Portuguese Tourism Confederation (CTP) said on Monday that the impact of the COVID-19 crisis on the sector has been “extremely violent”, saying that he expects that “more than 90% of companies” in it will have “zero sales” in April and May.

As of Monday (30 March), Portugal has 140 deaths associated with COVID-19 and 6,408 infections according to the epidemiological bulletin released by the Directorate General of Health (DGS) on Monday.

The number of health workers infected by COVID-19 has increased to 853, representing 13% of all confirmed cases in Portugal. The government decided to cover the country with COVID-19 screening in nursing homes, using resources in universities and polytechnics for this effort. (Lusa.pt)

US aid. President Donald Trump announced that the US will send medical equipment and another $100 million in aid to Italy. Italian PM Giuseppe Conte thanked Trump on Twitter, saying “together with the Americans, Italy will defeat the virus”.

In the meantime, the government will extend restrictive measures currently in force until at least Easter (12 April), health minister Roberto Speranza said. The government is also preparing another stimulus package for mid-April. “At least another €25 billion will be allocated, but I hope we can have even more resources available,” said Minister for Relations with the Parliament, Federico D’Incà. (Gerardo Fortuna | EURACTIV.com)

Buffer zone. Finance Minister Christos Staikouras on Monday said that Greece’s economy appears it can adequately withstand the pressure exerted by the pandemic for the next two to three months, without resorting to its so-called cash buffer. The previous government built up a reserve of more than €30 billion from unused loans and money raised from the markets.

Bickering over lawmakers’ wages. Greek PM Kyriakos Mitsotakis called on the lawmakers of his New Democracy party (EPP) on Monday to voluntarily set aside half of their salary for a special coronavirus account for the next two months. In response, opposition party Syriza said this measure should be mandatory and apply to all lawmakers.

“With the fresh government measures, workers are obliged to lose half of their salaries. Politicians should also be obliged to accept a 50% reduction,” the party insisted. (Sarantis Michalopoulos | EURACTIV.com)

Election debacle continues. As Poland crossed the 2,000 coronavirus-case-threshold but recorded a total of 31 deaths, the country continues to have a debate on whether the presidential elections, which are scheduled for 10 May, should be held anyway. Click here to read more.

‘Smart quarantine’ launch. The ‘smart quarantine’ system, which traces past movement and contacts of positively tested persons to find other infected people, has been launched in one of the Czech Republic’s regions. The system uses data from mobile phone operators and banks after previous consent of the tracked person. If the system proves to be effective in the region, it will be implemented in the whole country.

However, before the system is launched across the country, the government has extended preventive measures until 11 April, under which free movement is restricted, people have to wear face masks in public areas and all shops, restaurants except for supermarkets, grocery stores and pharmacies are closed. (Aneta Zachová | EURACTIV.cz)

Summer might be hot. According to an unpublished forecast by the Institute for Public Affairs in Bratislava, the COVID-19 pandemic should reach its peak in Slovakia by the middle of July, health minister Marek Krajčí told Radio Express. During this peak, around 3.1% of the population (170,000) could be infected by the virus. (Zuzana Gabrižová | EURACTIV.sk)

Orbán to rule by decree with new powers to ‘silence critics’. The Hungarian parliament approved new emergency powers on Monday that will allow the ruling Fidesz party the right to rule by decree, without a set time limit, in a move that prompted an outcry from human rights groups. For more click here.

Sofia still wants the euro. Bulgaria will postpone its plans to enter the eurozone waiting room (ERM II) for at least one year, the governor of Bulgaria’s National Bank, Dimitar Radev, told Nova TV in an interview. EURACTIV Bulgaria’s Krasssen Nikolov has more.

Stricter measures. From Monday, Slovenians are confined to their home municipality and cannot travel inside the country. Going out is only allowed for work, farm work, assistance to persons in need of care, and access to emergency services, pharmacies, diplomatic missions and judicial authorities.

The government of new Prime Minister Janez Janša announced a stimulus package worth an estimated €2 billion. The number of virus cases rose to 756 on Sunday, with 11 deaths.

Serbs suffer coronavirus concern. While close to 60% are worried about the coronavirus, 48% feel the government is handling the situation very well, compared to 42% who think otherwise, according to a Gallup International poll published on Monday. EURACTIV Serbia takes a closer look.