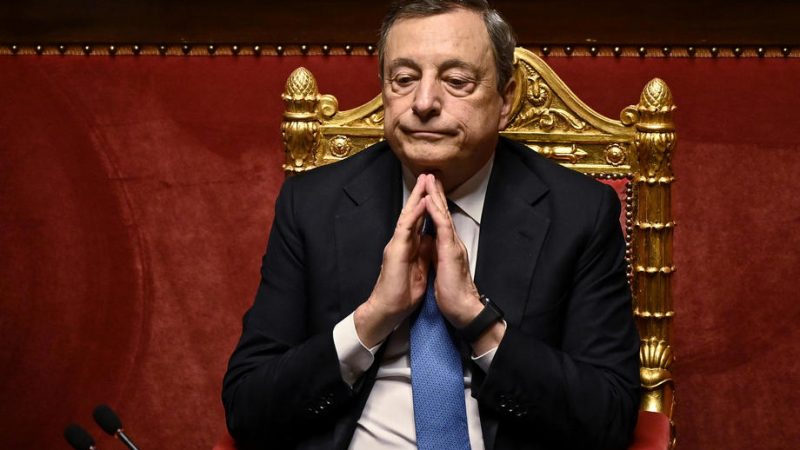 “The Italian government, together with the EU and G7, intends to continue to support Ukraine as this Parliament has told us to do,” Draghi reaffirmed.  [EPA-EFE/RICCARDO ANTIMIANI]

Prime Minister Mario Draghi confirmed Italy’s continued support for Ukraine in an address to the Senate on Tuesday, ignoring the 5 Stars Movement (5SM), which wants Italy to stop sending weapons.

“The Italian government, together with the EU and G7, intends to continue to support Ukraine as this Parliament has told us to do,” Draghi reaffirmed.

In March, the Parliament green-lighted arms supplies to Kyiv. But former Prime Minister and leader of the 5SM Giuseppe Conte threatened to quit the governing majority as disagreements over support for Ukraine arose.

Voting on a final resolution, the Senate confirmed the mandate to the government on Tuesday (21 June).

The 5SM is also facing internal splits. Foreign Minister Luigi di Maio left the party and other members of the two Chambers are set to follow him. It is still uncertain if this would have consequences on the government’s stability.

After briefing senators on recent developments in Ukraine, Draghi touched on another fundamental issue on the agenda of the upcoming European Council: EU enlargement to the Western Balkans.

While reaffirming that Italy wants Ukraine in the EU, Draghi told lawmakers that ‘Italy supports negotiations with Albania and northern Macedonia.’