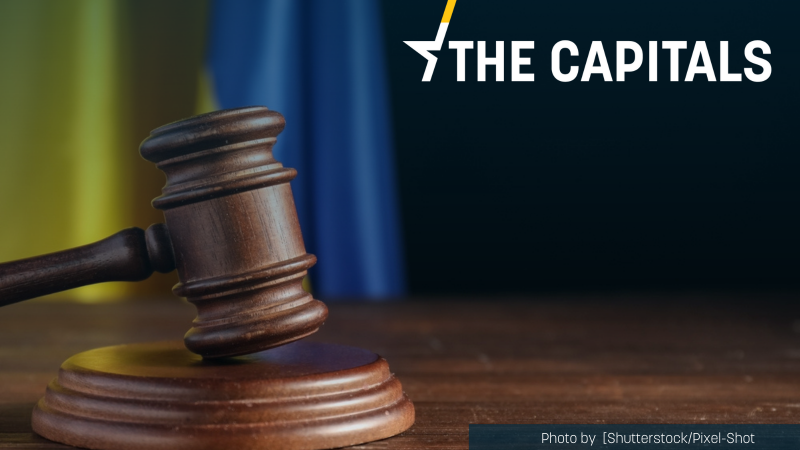 They must avoid committing any other offences, return to sit their pre-trial detention if requested by the court, and, if required, carry out their sentences if the court still decides to sentence them.  [Shutterstock/Pixel-Shot]

Before you start reading today’s edition of the Capitals, feel free to have a look at the article Energy on the table as EU foreign ministers meet on Ukraine, defence.

As employers with a vital social mission in sectors crucial for integrating refugees (such as housing, education or public transport), SGI providers strive to provide the necessary support to those in need.

More on our missions.

A court in Breda has ordered the early release of two Ukrainians, so they can fight the Russian invasion in Ukraine. Read more.

Mélenchon supporters march for Sixth Republic. A total of 100,000 people joined a march for a Sixth Republic and the sharing of wealth organised by far-left candidate Jean-Luc Mélenchon in Paris on Sunday – three weeks before the first round of the presidential election. Read more.

Car drives into Belgian carnival troupe, kills six. A car drove at high speed into a group of Belgian carnival performers who were preparing a parade early on Sunday, killing six people and seriously injuring 10 others, authorities said, saying the incident did not appear to be a militant attack. Read more.

Austria launches €2 billion ‘anti-inflation package’ amid criticism. The second package of measures designed to address the impacts of high energy prices on Austrian citizens has been criticised for its heavy emphasis on the environmentally damaging commuters’ subsidy. Read more.

Irish FM discusses refugee aid, sanctions during Poland visit. Ireland’s Foreign Minister Simon Coveney visited Warsaw over the weekend to discuss the war in Ukraine and the provision of assistance for those fleeing it with his Polish counterpart, Zbigniew Rau. Read more.

NATO plane crash: no ‘zero risk’, says Air Force official. There will always be a risk when it comes to military exercises, Norwegian Air Force Chief Rolf Folland said regarding the four US soldiers killed in the NATO Osprey plane crash during the Alliance’s military exercise in the Saltfjellet area of Norway. Read more.

Shift in Spain’s policy on Western Sahara triggers government tensions. In an attempt to ease tensions with Morocco, Spain has endorsed a plan for the governance of the Western Sahara, including increased autonomy for the indigenous population, EURACTIV’s partner EFE reported. Read more.

Draghi to Club Med Leaders: energy challenge most urgent. The prime ministers of Italy, Spain, Portugal and Greece who met in Rome Friday, have agreed on a common front at this week’s European Council where they will urge the EU to adopt a strong and common response to the energy crisis. Read more.

Polish right calls for easier access to guns. The Polish right has proposed simplifying gun ownership regulations and shortening the procedure for applying for a gun permit as Russia’s attack on Ukraine has renewed discussions in Poland about the country’s stringent gun ownership laws. Read more.

Croatian prime minister said S&P sent message of trust. Standard and Poor’s affirmation of Croatia’s credit rating at ‘BBB-/A-3’ is a message of trust and encouragement for the government to preserve economic stability despite inflation and the impact of the war in Ukraine, Prime Minister Andrej Plenković said on Saturday. Read more.

US economist says Croatia should wait for euro adoption. Croatia should take some more time before the changeover to the euro since the disadvantages could be higher than benefits due to ongoing geopolitical risks, US economist Joseph Stiglitz, who won the Nobel Memorial Prize in Economics in 2001, has said. This is an open issue, Stiglitz told Croatian reporters in Brussels where he attended the 8th Cohesion Forum.

Commenting on Croatia’s plans to adopt the euro as sole legal tender, Stiglitz said on Friday that potential benefits are more restricted than potential costs. There are arguments in favour of taking some more time before the country enters into the eurozone, but he said it is a political decision. Croatia is preparing for the changeover to the euro in 2023, and the country’s top officials, including Prime Minister Andrej Plenković, highlight Croatia’s readiness to adopt the euro. (Željko Trkanjec | EURACTIV.hr)

Orban in Serbia: The best war is an avoidable war. The best war is the one that could be avoided, Hungarian Prime Minister Viktor Orban said on Saturday, adding that Serbia and Hungary, which have “many nice plans together,” face a serious challenge concerning the war in Ukraine. Read more.

BiH’s new round of Election law negotiations fail. Negotiations on amendments to the Election Law of Bosnia and Herzegovina failed after four days of talks in the EU Delegation in Sarajevo and with the mediation of international negotiators Angelina Eichhorst and Michael Murphy. Read more.

Russia suspected of plan against Croatia and Hungary. Russia’s Ambassador in Bosnia and Herzegovina, Igor Kalabukhov, tried to clarify his earlier statements on BiH’s potential NATO membership in an interview he gave Face TV on Friday, explaining that what he said should not be taken as a threat, but rather as a “warning”.

Asked why Russia is “not bothered” by neighbouring countries that are already part of NATO, he said: “How do you know we have no plans against Croatia, Hungary, Poland?” Kalabukhov recently told the public broadcaster in Bosnia’s Federation (FBiH) entity, FTV, that BiH’s decisions on becoming a member of any alliance are internal. However, he said that Russia’s response to this is “a different matter.”

“Ukraine’s example shows what we expect. Should there be any threat, we will respond,” Kalabukhov told FTV. (Željko Trkanjec | EURACTIV.hr)

Protests continue while government tries to conserve energy. The Albanian government has announced new measures to deal with the ongoing energy crisis, including scheduled power cuts throughout the country and “off days” for the public sector as citizen protests continue. Read more.