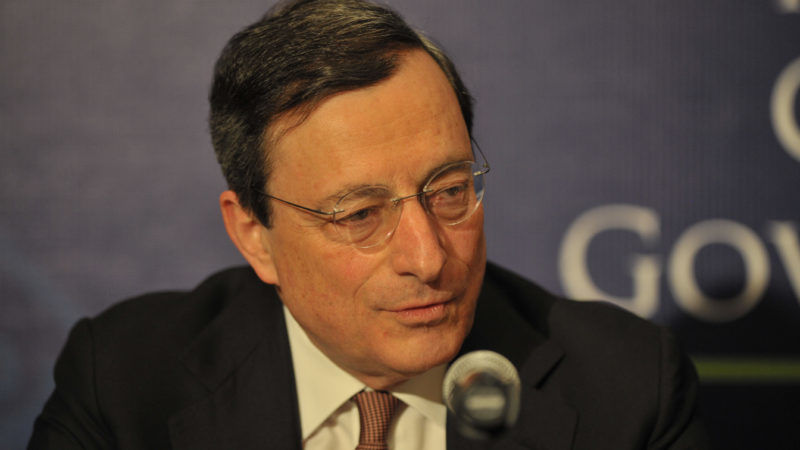 The appeal, filed by staff representative Carlos Bowles, said a perception of favouritism at the bank risked fuelling Euroscepticism among the public and demoralising personnel at the bank.

The ECB’s board decided the direct appointment of Roland Straub as Draghi’s top aide without a full recruitment process could not be challenged because it did not affect Bowles personally and was in line with hiring rules and practices.

“The appointment was made in compliance with the ECB rules on selection and appointment and is consistent with previous appointments to this position,” an ECB spokesman said.

The appointment of staff based on their connections, rather than individual merit, has been raised as a key issue by ECB personnel.

Recent appeals by Bowles have resulted in five appointments being annulled, including that of the bank official in charge of relations with other European institutions in Brussels.

Bowles had argued the bank’s rules do not allow for Straub to be handpicked for the dual role, which involves both advising Draghi and coordinating the counsels of the five other board members.

But the Executive Board, which makes policy proposals, runs the organisation and is chaired by Draghi, considered his appeal inadmissible.

“The Executive Board considers that such appointments cannot be legally challenged by a staff member, because they are based on trust,” the ECB’s staff committee, chaired by Bowles, said in an email to staff.

“(This) underlines the seriousness of the governance flaws of our internal appeal system, as the authority in charge of deciding on the merit of the appeal is the one who took the questionable decision.”

Bowles was also not entitled to make a claim on behalf of other staff members, as he himself was not affected by the appointment.

Bowles has until late July to file any appeal with the Luxembourg-based European Court of Justice, the highest authority in cases against the ECB and the European Union’s other institutions.

Straub, who was appointed to the new role in February after working as counsellor to board member Benoît Cœuré, declined to comment.

His qualifications, which include dozens of scholarly articles and economic papers, were not questioned in the appeal, which instead focused on the “perception of favouritism” at the ECB.

An ECB staff survey conducted in 2015 showed 65% of respondents chose “knowing the ‘right people'” as a way of getting ahead at the bank, a higher proportion than chose any other factor.

Staff representatives complained last year to the European Parliament, which oversees the ECB, that dissent was discouraged at the bank, potentially hobbling its ability to spot the next financial crisis.

The ECB is under fire from parts of the public opinion in rich eurozone countries such as Germany for keeping interest rates ultra-low and printing €2.3 trillion in a bid to boost inflation.

It was put in charge of supervising eurozone banks three years ago with the aim of avoiding a repeat of the 2008 banking crisis.