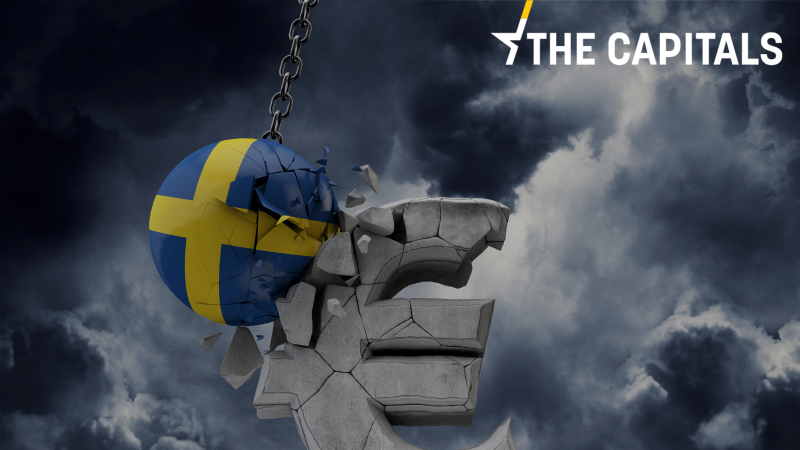 The decision not to adopt Euro has benefited the country to the tune of one year’s worth of GDP and the overall economic performance has been up to 24% better outside the common currency. [Shutterstock]

Before you start reading today’s edition of the Capitals, we invite you to read the article “NATO, EU call on Iran to avoid ‘further provocations’” written by Alexandra Brzozowski.

STOCKHOLM. The debate over whether Sweden should keep the Kroner or join the Eurozone seems to be gathering some momentum again. The most recent one sticking his spoon into the porridge is Björn Olsson, an economist of the Swedish Bankers’ Association.

In his survey published in the Ekonomisk debatt magazine, Olsson argues that Sweden’s yearly economic growth is currently 1.5% – 3% faster than it would be inside the Eurozone. The decision not to adopt Euro has benefited the country to the tune of one year’s worth of GDP and the overall economic performance has been up to 24% better outside the common currency. Sweden voted against joining the Eurozone in a 2003 referendum.

But what’s happening in the long run in the light of increasing American and Chinese competition? Pekka Vänttinen has the story.

Liberals eye ‘homeless’ voters? After a year of moderate to disappointing electoral results, the liberal Free Democratic Party (FDP) held their yearly ‘Three Kings Meeting’ yesterday in Stuttgart to chart out their course for 2020. The party leadership has its sights set on a new potential voting bloc: disenchanted Social Democratic Party (SPD) voters.

Party leader Christian Lindner laid out his vision of courting these politically “homeless” voters, claiming it would be a “mistake to think that all workers want left-wing policies.”

State actors behind cyberattack on foreign ministry? The cyberattack was launched on Saturday and has still not been repelled, even though countermeasures were applied almost immediately. The foreign ministry suspects that state actors conducted the attack “because of its gravity and nature”. Philipp Grüll reports.

Sánchez faces tight parliament vote. Caretaker Spanish Prime Minister Pedro Sánchez will have a very tight vote in parliament on his investiture as head of the executive. He needs to win a simple majority but currently has a mere two vote advantage. Beatriz Ríos reports.

Digital tax war between France and US escalates. France has again called on the US  to “come to its senses” and not sanction French products in response to the French digital tax. Read more.

Belgium to tighten asylum seeker rules. Maggie De Block (VLD), minister for asylum and migration policies in the caretaker government, has issued instructions to refuse access to migrant reception centres for two specific categories of applicants: asylum seekers already recognised as refugees in another EU member state and those who bypassed the so-called “Dublin procedure”, under which an asylum seeker must apply in the first safe country they arrive in. (Alexandra Brzozowski | EURACTIV.com)

Brexit bill returns. UK lawmakers will begin the final phase of signing off Boris Johnson’s Brexit deal on Tuesday (7 January), as they returned to Westminster. The bill will be analysed in detail over the next three days before moving to the Lords. Read more

Which sectors will be primarily affected? Samuel Stolton has the story.

Fight against Nutriscore unites Italians. In an interview with La Stampa daily, Italy’s Agriculture Minister Teresa Bellanova dumped the Nutriscore, a nutrition label that converts the nutritional value of foodstuff into a code of five letters. According to her, this labelling wouldn’t provide full information to the consumer, who should know exactly what each food contains instead. Italians fear that Nutriscore would harm emblematic Italian products such as parmesan  cheese and olive oil which will be labeled as “red”.

Major tax reform. As of 1 January, each person living in Greece should make at least 30% of his payments by electronic means (including bank transfers, credit/debit cards etc). If not, an extra 22% tax will be applied. In addition, the Greek government has a plan to attract foreign students. Read more from Theodore Karaoulanis | EURACTIV.gr

The delegation of the Venice Commission, an advisory body to the Council of Europe, is visiting Poland on 9-10 January to meet with Polish authorities regarding the most recent efforts by the ruling party to subjugate the judiciary. Łukasz Gadzała reports.

The second audit. According to Neovlivni.cz, the second audit of the European Commission on agricultural subsidies says Czech PM Andrej Babiš is in a conflict of interest because he still controls the Agrofert holding, one of the top Czech receivers of EU agriculture funds. Aneta Zachová reports from Prague.

Advertising Europe’s future. Hungary has once again contracted to spend almost €36 million on advertising, Hungarian media report. While the content of advertising is not specified, the terms of the contract state that it will be “related to government communication on the international and domestic arena concerning the future of Europe,” as well as “government decisions affecting citizens’ lives.” Vlagyiszlav Makszimov has the story.

‘Silent war’ is getting noisy on Croatia’s right. Having suffered a defeat in this week’s presidential elections in Croatia, the ruling Croatian Democratic Party (EPP) has announced a meeting on Tuesday to analyse the result. This has been the second consecutive defeat during the leadership of the current PM Andrej Plenković. Sunday’s results might be fatal for his destiny in the party. Meanwhile, Serbia’s president has said Belgrade wants to have “good relations” with the new Croatian president.

One response to “Economist heats up ‘Euro debate’ in Sweden”