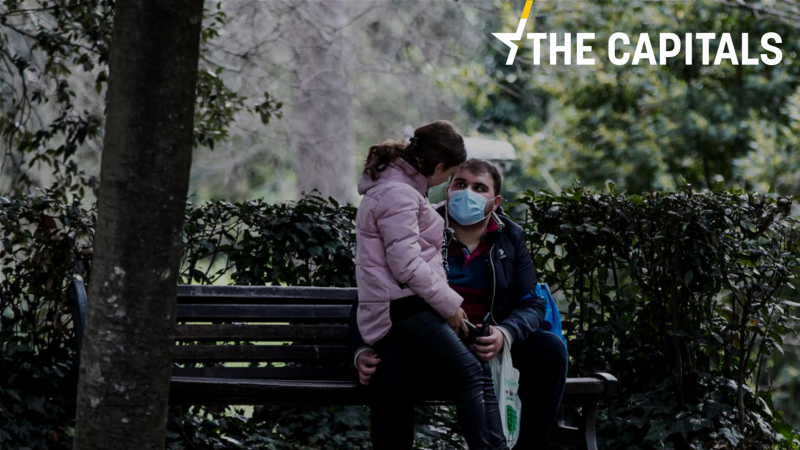 Before you start reading today’s edition of the Capitals, feel free to have a look at The Brief on Von der Leyen’s lacklustre 100 days, as well as the article “Commission pledges action to ensure companies survive coronavirus” written by Jorge Valero.

In Italy, the government has put the entire country on lockdown in an unprecedented move, extending restrictions already adopted in the north last week to cover the entire country. As of Monday (9 March) evening, the number of COVID-19 cases topped 9,172 and the death toll jumped from 97 to 463.

The stricter measures will include travel restrictions throughout Italy and a ban on all public events, in an attempt to halt the spread of the novel coronavirus (COVID-19). EURACTIV’s Gerardo Fortuna takes a closer look.

In Athens, four new “orphan” cases were reported yesterday. The news raised eyebrows in the government considering that the new cases were not linked to the so far confirmed 84 coronavirus incidents. The government is considering strict measures including the closure of schools if a student is suspected of having been infected with the virus.

Meanwhile, one in three Greeks believes that there is a vaccine but the global community “is hiding it” and that the virus cannot be transmitted through the Holy Communion. Read more in the article “Catholics take measures against coronavirus while Greek Orthodox Church ‘prays’” by Sarantis Michalopoulos and Alexandra Brzozowski.

In Spain, coronavirus cases have more than doubled in the Madrid autonomous community (Comunidad de Madrid) in the last 24 hours, and across Spain confirmed cases of contagion also rose to a total of 1,204 and 24 deaths on Monday (9 March), EURACTIV’s partner EFE reported. EFE’s Fernando Heller reports.

In Portugal, the government will double the credit line for corporate treasury support from €100 to €200 million to minimise the impact of the novel coronavirus, as part of the measures announced on Monday (9 March) to social partners to stem the spread of the virus. While the government also announced the temporary suspension of visits to hospitals, homes and prisons in the most-affected northern part of the region, some secondary schools and universities have also been temporarily closed.

As of Monday night, Portugal counted 39 coronavirus cases, mostly in the northern part of the country. (Lusa.pt)

In Poland, authorities decided to undertake stricter measures by introducing sanitary controls on the border with Germany and the Czech Republic now that 17 coronavirus cases have been confirmed. President Andrzej Duda will convene a National Security meeting for 11 am today (10 March) to discuss the threat posed by the coronavirus. EURACTIV Poland’s Łukasz Gadzała has more.

In Romania, two more coronavirus infections were reported on Monday (9 March), bringing Romania’s total to 17 (five of whom have already recovered), and the country has decided to close schools between 11 and 22 March, with the possibility to prolong the suspension if needed, to avoid spreading the coronavirus epidemic, the country’s education confirmed. EURACTIV Romania has the story.

In other news from the Capitals

Merkel attempts to assuage conservatives’ fears. During a German-Greek economic forum on Monday (9 March), German Chancellor Angela Merkel aimed to soothe some of her party colleagues, who are fearing a new surge of refugees coming into Germany as the situation at the Turkish-Greek border unfolds. But what exactly did the Chancellor say? EURACTIV Germany’s Sarah Lawton reports.

French people faithful to their mayor. Half the French (50%) are thinking of re-electing their mayor, or, in case he or she does not stand for re-election, intend to vote for whomever the mayor is supporting, according to a new poll released Monday (9 March), just six days before the first round of municipal elections. As 65% of the respondents considered the work of outgoing mayors since 2014 to be excellent or good, it shows that loyalty will be a huge factor in the country’s next elections. (EURACTIV.FR)

Assignment extended. The Belgian King has extended the assignment of Patrick Dewael (Open Vld) and Sabine Laruelle (MR) until 16 March “to quickly form a government,” the royal palace said in a press release. EURACTIV Alexandra Brzozowski has more.

Equalities boss suspended by Labour. The former UK equality watchdog chief, Trevor Phillips, has had his membership of the opposition Labour Party suspended over allegations of Islamophobia, it was reported on Monday (9 March). EURACTIV’s Benjamin Fox digs deeper.

Austrian MEPs criticise EU Commission on day 100. While Angelika Winzig from the conservative ÖVP, Austrian sister party to European Commission President Ursula von der Leyen’s CDU, praised the Commission chief for having “started with ambitious goals to solve the challenges of our time”, her coalition partners from the Green camp found less flattering words. The head of the Green delegation, MEP Monika Vana, acknowledged some progress with the Green Deal but gave the new Commission president a “not more than a solid satisfactory” grade (the Austrian equivalent to a “C”) as her team still moves as slowly as Juncker’s. EURACTIV Germany’s Philipp Grüll looks into what other Austrian MEPs had to say about the first 100 days of the new EU Commission.

Reconsidering the purchase of 14 American fighter jets. Slovakia may reconsider the purchase of 14 American jet fighters F-16 as it would be “dramatically cheaper” for the country, future Prime Minister Igor Matovič (OĽaNO) hinted in a TV debate. While cancelling the €2 billion contract signed by the outgoing government in December 2018 is a theoretical possibility, there are many obstacles in practical terms, writes Dennik N. (Zuzana Gabrižová | EURACTIV.sk)

Weber criticises Babiš. There is no doubt that Czech Prime Minister Andrej Babiš is in a conflict of interests, EPP group chair Manfred Weber told Hospodářské noviny, EURACTIV.cz’s media partner. The EPP wants to add a text to the European Parliament resolution regarding Babiš’ alleged conflict of interest – on which it was supposed to vote on Thursday (5 March) but which was postponed due to the COVID-19 outbreak – that there are “oligarchic structures” in the Czech Republic. “Oligarchic structures arise when someone has economic, political and media power in his hands,” Weber added. (Aneta Zachová | EURACTIV.cz)

Janša up in the polls. As expected, new Slovenian Prime Minister Janez Janša’s conservative, anti-immigration SDS  (EPP) party has the 19.6% (18.2% last month) of the public’s support, meaning it is the country’s most supported party. Meanwhile, LMŠ, which is the party led by former PM Marjan Šarec, dropped from 16.6% to 13,8%. (Željko Trkanjec | EURACTIV.hr)

Chinese want part of Rijeka Port. The Luka Rijeka Authority received two offers for the concession, development and management of the Zagreb Deep Sea Container Terminal in the Rijeka port.

Chinese companies Ningbo Zhoushan Port Company Limited (with a 70% stake in the consortium), Tianjin Port Overseas Holding Limited (20%) and China Road and Bridge Corporation (10%) offered a permanent part of the annual concession fee of €2 million and committed to complete phase two of the works on terminal in five years. The other offer came from Dutch company APM Terminal BV (51%) together with Croatian company Enna Logic (49%), who offered a permanent part of the concession fee of €1 million per year, with the obligation to complete the works of another stage in ten years. (Željko Trkanjec | EURACTIV.hr)

In other news, deposits in Croatian commercial banks are up 5,5% compared to last year. They totalled 301.9 billion Croatian kunas (€43 billion). (Željko Trkanjec | EURACTIV.hr)

Infant mortality. Romania and Bulgaria are the two EU countries where the highest number of babies died in 2018 before the age of 1, Eurostat data released on Monday reveal. There are six deaths per live 1,000 births in Romania. The number for Bulgaria is 5.8. Malta is right behind them (5.6 deaths). In total for the union in 2018, some 14,600 children died before they reached the age of one. This equates to 3.4 deaths per 1,000 live births. More by EURACTIV Bulgaria.

Serbia lags behind in harmonising its foreign policy with the EU. Serbia’s alignment with the EU’s foreign policy declarations and measures was quicker in 2019, but the alignment rate was still lower compared to that of its neighbours, according to the International and Security Affairs Centre (ISAC)’s yearly analysis released on Monday (9 March). EURACTIV Serbia has more.

In other news, Serbian President Aleksandar Vučić said on Monday he was confident the US would not give up a request for Pristina to meet conditions for a dialogue to start with Belgrade. During a visit to the Krusik arms factory in Valjevo, the president said “there’s no doubt” that some states of the European Union had “a dose of sympathy” for Kosovo Prime Minister Albin Kurti. He added that “there has been some sympathy for Kurti in Serbia, too, until he started to talk about a Greater Albania”.

Washington is urging Pristina to lift its 100% tariffs on Serbian goods, and Serbia to stop campaigning against recognising Kosovo’s independence. (EURACTIV.rs)