Viktor Orbán, Hungary’s strongman and prime minister, called for an “internal debate on the future mission of the EPP” in a memorandum sent to the leadership of the centre-right European People’s Party (EPP), whose dominance has receded following the May European elections.

The move follows a decision by the EPP president Donald Tusk to prolong the suspension of Hungary’s ruling Fidesz party during a political assembly last month over concerns for the rule of law. Orbán is the president of Fidesz.

“We have exposed our internal conflicts to the general public,” says the letter, published on the Facebook page of family minister and Fidesz vice-president Katalin Novák on 18 February.

“Instead of stepping up against communism and Marxism… we are applauding Fidel Castro and Karl Marx,” Orbán complains in the letter.

On the same day, Novák met with EPP secretary-general Antonio López-Istúriz White, where the “Orbán memorandum” was one of the topics of discussion.

I share with you the Orbán memorandum. The need for a dialogue on the future of the EPP came up during several recent…

Orbán calls on the EPP to protest louder against the socialists helping “the radical anarchist communist left into government,” and criticises the political family’s decision to elect former European Council president, Donald Tusk, as its leader during the party’s summit in Zagreb in November 2019.

“We elected a president who brought Polish domestic conflicts and interests into the EPP,” Orbán writes. “This fact could have been experienced by anyone on the most recent political assembly.”

To preserve unity at the party’s February political assembly, Tusk announced the indefinite prolongation of Fidesz’s suspended status, which came into effect in March 2019 over  Hungary’s alleged violations of EU rule-of-law principles.

Tusk was aggressive in his speech, saying the situation in Hungary had deteriorated since Fidesz’s suspension, EPP sources told EURACTIV. Almost the entire meeting was dedicated to Orbán’s future in the group, the source said at the time.

Tusk said he would present specific proposals about the Fidesz case for the EPP’s next assembly in April and suggested that an extraordinary congress could be held early next year to make final decisions.

“We believe that it is a democratic, legitimate, and natural endeavour for a member party of our political family to initiate changing our policy guideline,” Orbán wrote to party leaders, suggesting member parties alter “the strategic guideline of the EPP.”

The move is likely to divide the political family further, with hardline conservatives claiming it is unwise to alienate Fidesz.

“Punishing the most successful party in the group would not make any sense,” Slovenia’s former Prime Minister Janez Janša said at the EPP Congress in Zagreb last November.

“We are interested in the future EPP” but will leave the political family if it “is unable to change,” Orbán said at a press conference on January 9, adding that a new Christian Democrat initiative in the European Union “may be warranted.” 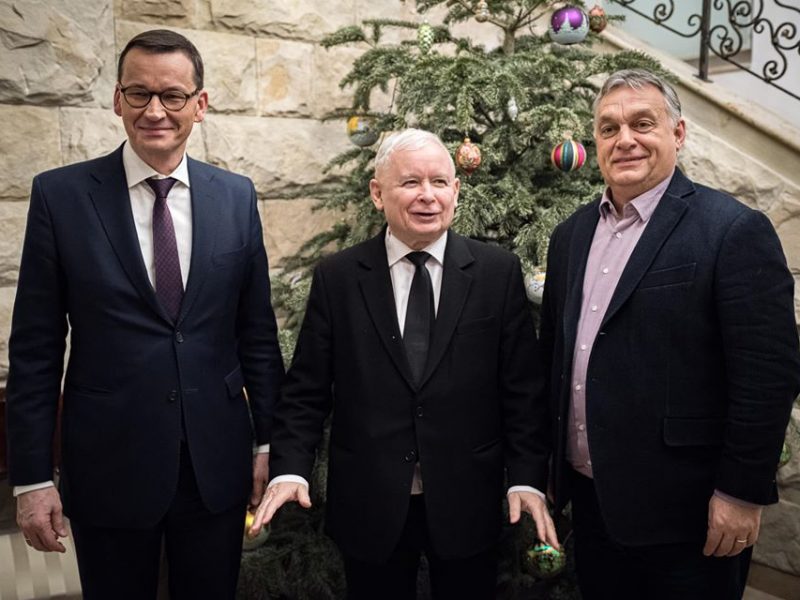