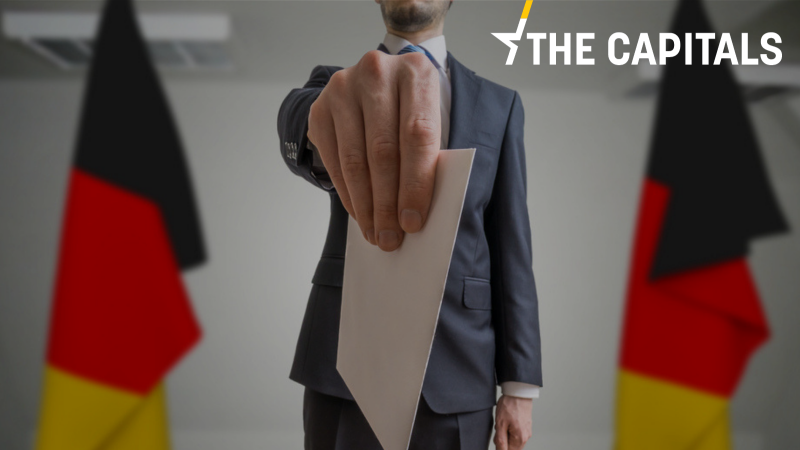 Voters in the eastern German states of Saxony and Brandenburg will head to the polls on 1 September for crucial state elections, whose results are likely to make waves across the borders.

If the social democrats (SPD) lose their top position in Brandenburg to the far-right Alternative for Germany party, calls for the end of the grand coalition will become loud again.

Since the reunification of Germany, the state of Brandenburg has always been governed by SPD. But the latest polls are not so optimistic. They suggest that SPD will reach about 20%, compared to 31.9% in 2014. On the other hand, AfD could see its power increased by 8% and overtake the SPD as the parliamentary group with the highest number of votes.

For MEP Rainer Wieland (EPP), who is also a European Parliament vice-president, these two state elections will directly impact the grand coalition in Germany and in consequence, Europe as a whole.

“The further strengthening of the AfD in eastern Germany and the possible participation of the party in the regional governments could have serious consequences not only for Germany but also for Europe. The state elections will show whether the grand coalition will continue or new elections will have to be called,” Wieland told EURACTIV Germany.

He added that a strengthened AfD in Saxony and Brandenburg would deal a severe economic blow to “our internationally networked world since right-wing populists stand for protectionism and a return to national borders, including, and especially as far as trade is concerned.”

Fresh “coalition offer”. The leader of the leftist Podemos party, Pablo Iglesias, on Thursday said if socialists (PSOE) make “the same offer” as last July for a coalition government with them, his party will negotiate to reach an agreement “in a matter of hours” in order to break the current political deadlock, EURACTIV’s partner EFE reported.

In an interview with radio station “Cadena Ser”, Iglesias warned that acting PM Pedro Sánchez has no more “excuses” to veto his entry in a government, which has been Sánchez’s red line so far.

Iglesias said his party would examine carefully the document that will be presented (by the PSOE) next Tuesday on a potential agreement, which according to El Pais, contains around 300 measures, with a specific focus on Podemos priorities like gender gap, social and environmental policies. (EUROEFE.EURACTIV.es)

Brussels reactions. Italian MEPs spoke to EURACTIV.com about the government deal in Rome. “Europe needs Conte to make a real change,” said the head of the Five Star delegation, Tiziana Beghin. For socialist Brando Benifei, who replaced Parliament President Sassoli as head of of the PD delegation (S&D), Italy’s centre-left has the opportunity to change course and address social and economic issues after one year of Salvini’s de facto leadership. “Now it is important to work hard to demonstrate we made the right choice,” he added.

Timm’ talks. Incoming Commission President Ursula von der Leyen will meet with Dutch PM Mark Rutte in The Hague on 3 September. No press conference is planned before or after the meeting but von der Leyen is expected to clarify Rutte’s stance on the nomination of Frans Timmermans as Dutch Commissioner. The erstwhile presidential candidate is from a different political party than Rutte but has the implicit blessing of the PM to serve another five years in the Berlaymont. Latest rumours suggest Timmermans will be tasked with overseeing the implementation of a ‘Green New Deal’, which von der Leyen has pledged to get up and running in her first 100 days as president. (Sam Morgan, EURACTIV.com)

“There is geographical, historical and cultural evidence that is too often disregarded: Russia is in Europe,” the minister said at the annual conference of French ambassadors. President Macron, who received his Russian counterpart Vladimir Putin in France on 19 August, has invited French diplomats to “rethink our relationship with Russia” because “pushing Russia away from Europe is a profound mistake”.

Le Drian will soon visit Moscow together with French Minister of the Army Florence Parly to “start talking about what could once again become an architecture of security and trust”. (EURACTIV.fr)

Both Warsaw and Washington oppose Nord Stream 2 because it bypasses Ukraine and Poland, and also because it props up the EU’s dependence on Russian gas. (Łukasz Gadzała, EURACTIV.pl)

Green investments from Germany. During his visit to Berlin, Greek Prime Minister Kyriakos Mitsotakis announced an extensive joint investment programme between Greece and Germany related to energy, green technology, renewable energy sources and waste management. “We are preparing with Germany a green growth plan, which we will present with the chancellor in December,” the conservative Greek leader said. According to sources, the Greek government wants to link this plan to the restructuring of the ailing Public Power Corporation (PPC), the country’s electricity utility that is facing severe financial problems. (Theodore Karaoulanis, EURACTIV.gr)

Prevent Eastern Europeans from migrating. Bulgarian PM Boyko Borissov told Commission President-elect Ursula von der Leyen, who paid a visit to Sofia on Thursday, that the West “has the obligation to invest a lot of money” in improving the competitiveness of the new EU members from the East. “Lots of brains, lots of people of the former Eastern bloc go to work in the West and now Europe has to invest a lot [for Eastern Europe]”, he said.

The Bulgarian PM also commented on Brexit. “Can you imagine what would happen if I shut down parliament? Can you imagine the accusations of dictatorship?”, he said, adding that there are two standards of media freedom and freedom of expression, in the West and in the East. (Georgi Gotev, EURACTIV.com)

Response delivered. The Czech Regional Development Ministry sent Brussels the response to the European Commission’s draft audit report on PM Andrej Babiš’s suspected conflict of interest. According to the report, Babiš is in a tenuous position due to EU subsidies paid to the Agrofert concern, which he transferred to trust funds in 2017, but is still influencing as the funds’ main beneficiary. As PM, he may also influence the distribution of the subsidies. The Czech Republic could be ordered to return up to 450 million crowns to the EU if proven true. (Ondřej Plevák, EURACTIV.cz)

First union victory. A union initiative against raising the retirement age, called “67 is too much”, has collected a sufficient number of signatures to call for a referendum on the Pension Act. Now the initiative will go to parliament for a debate. The Constitutional Court could be asked to decide if the question complies with the Constitution. The EU Commission had welcomed the proposed Pension Act. (Željko Trkanjec, EURACTIV.hr)

Kosovo commanders. Ahead of an October snap general election in Kosovo, the nominations of four candidates have been confirmed so far. Out of the four, three are men and former Kosovo Liberation Army (KLA) commanders. The other female candidate is a university professor. The candidates are Kadri Veseli of the Democratic Party of Kosovo, Ramush Haradinaj representing a coalition of the Alliance for the Future of Kosovo and the Social Democratic Party of Kosovo, Fatmir Limaj as a candidate of a coalition of the Social Democratic Initiative, New Kosovo Alliance and the Justice Party, and Vjora Osmani of the Democratic League of Kosovo. (beta.rs, EURACTIV.rs)