EPP’s Weber does not regret his stance on Orban 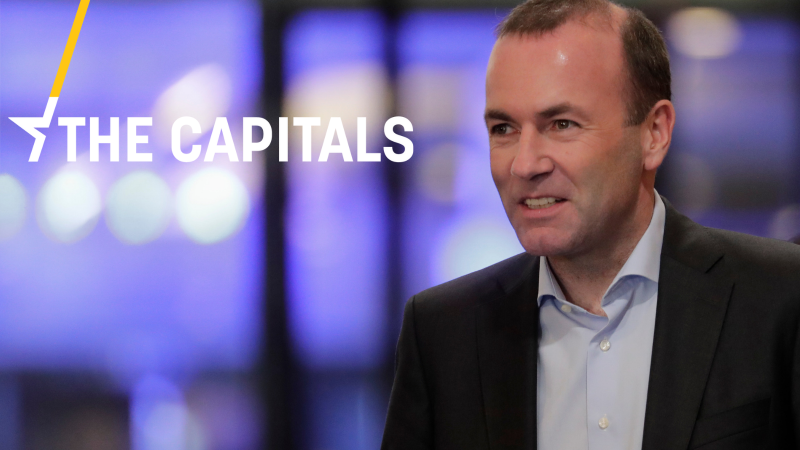 >You can also see extensive analyses of all 28 EU member states by clicking here.

In an interview with EURACTIV’s partner EFE, the Spitzenkandidat of the centre-right European People’s Party (EPP) Manfred Weber said he did not regret having maintained a position favourable to talking with Hungarian PM Viktor Orban.

Orban’s Fidesz party was suspended but not expelled from the EPP last March due to lack of respect for the party’s values. “We were clear and strict in our approach: yes to the dialogue and talking to each other, but with clear red lines about what is acceptable and not”, Weber said.

“If he wants to leave [the EPP] he can leave, it depends on him, but we are strict and clear in what we believe,” Weber added.

The CDU’s Bavarian sister party parliamentary leader, Andreas Dobrindt, has criticised Weber’s tough line on Orbán saying that his Fidesz party could drive a number of European conservative parties away from the EPP and into a new right-wing formation in the next EU House.

Orban, who has long flirted with far-right leaders from across the continent, while professing loyalty to centre-right EPP, said recently he could no longer support Weber after he “insulted” Hungarians. He simultaneously praised Italy’s Salvini, saying he currently is the most significant EU politician.

Multiple Eastern European sources confirmed to EURACTIV.com that Orban and Salvini are sowing the seeds for a new alliance dubbed the “New EPP”, with several right-wing parties, such as the Polish PiS (currently in ECR).

Following an interview with daily Süddeutsche Zeitung, German Chancellor Angela Merkel denied at a press conference in Berlin speculations suggesting she is eyeing the European Council presidency. She said she was not “available for any other political office, no matter where this might be, even in Europe”.

Meanwhile, the French translation of the interview added fuel to the fire of an already complicated relationship between Paris and Berlin. In the interview, Merkel exposed the difficulties of the German-French couple and admitted that she “wrestled” with the French President on policy issues.

She also mentioned differences in the understanding of their “respective roles”. President Macron reacted saying he did not believe in “sterile” but “fruitful” confrontation” with Merkel to build compromises at the EU level.

No Brexit compromise. Talks between the Conservative and Labour parties on finding common ground as part of Prime Minister May’s Brexit plans have broken down, after the two sides failed to agree a deal. Corbyn and May will now attempt to agree on a series of Parliamentary votes designed to reach consensus.

State flights concerns. The Lazio Court of Audit has launched an investigation following La Repubblica reports that Interior Minister Matteo Salvini has flown on a police aircraft to get to his political rallies. Salvini denies that there has been any wrongdoing. (Gerardo Fortuna, EURACTIV.com)

I told you, I don’t want the job. Angela Merkel is not the only EU leader ruling themselves out of landing one of the top jobs in Brussels. Dutch Prime Minister Mark Rutte said during a joint press conference with the German chancellor that “I am not a candidate either”. Rutte has routinely been linked with the European Council job but has consistently said that he “already has a pretty good job as prime minister”.

Current Commission boss Jean-Claude Juncker told Dutch media this week that Rutte “is not seriously considering it”, suggesting the Netherlands’ government would crumble without him. “He won’t want to take that risk.”

Rutte, who met Merkel in Berlin, said he and the chancellor had “broadly agreed” on the EU’s priorities for the next five years. (Sam Morgan, EURACTIV.com)

Attack on ambassador. Polish ambassador to Israel Marek Magierowski has been attacked close to the Polish embassy in Tel Aviv.

In recent years, relations between Israel and Poland have been on a collision course due to controversial Polish legislation from 2017 known as the “Holocaust Law,” which criminalises anybody accusing Poland of direct complicity in Nazi crimes.

In addition, the Polish PiS government has been accused of tolerating a revival of anti-Semitic behaviour, a charge it denies. (EURACTIV.pl)

No money for LGBTI. The ministry of culture will not support any of the proposed projects submitted by organisations representing the LGBTI community in Slovakia, despite their former successes and the positive evaluation for subsidies by an expert committee.

Compared to other EU countries, Slovakia does not support LGBTI-based organisations via dedicated funds, thus, the Fund for Disadvantaged Groups, run by the culture ministry, is one of their limited options. (Lucia Yar, EURACTIV.sk)

New building in Brussels. Prague is interested in a new Brussels property for its diplomats. It is currently considering the acquisition of a six-floor house close to the European Quarter, ahead of the country’s EU Council presidency in the second half of 2022. (Aneta Zachová, EURACTIV.cz)

Conservatives lead a new poll. ND is leading a new poll with 29.3% followed by Syriza (21.7%), Kinal (6.3%) and far-right Golden Dawn (6%). Generally, ND leads all the polls ahead of the EU elections, but the Syriza government insists that this is not the reality and that in the past Greek poll companies made big mistakes, such as the result of the controversial referendum in 2015. (Theodore Karaoulanis, EURACTIV.gr)

French navy in Cyprus. Nicosia has signed a military agreement with France, allowing the French Navy to use infrastructure and permanently service its warships on the naval base in the Mari region. The agreement comes as a response to Turkey’s growing tensions in Cyprus’ Exclusive Economic Zone (EEZ). French companies, such as Total, have already signed contracts for oil and gas drilling in Cyprus’ EEZ. (Theodore Karaoulanis, EURACTIV.GR)

Reduced VAT for traditional food. The Romanian government has decided to promote the consumption of healthy and traditional foods by cutting their VAT rate from 9% to 5%. The European Commission declined to comment “on member state plans.” However, EURACTIV was informed that member states are in general free to apply reduced rates to food products. >>Read more

Tax on digital services. The finance committee of the Slovenian parliament has urged the government to draft a bill on a digital services tax, so that the law could be adopted next year. Luka Mesec, president of left-wing Levica, said Slovenia should follow the example of Spain, France, Germany and some other EU member states.

The Slovenian Democratic Party (EPP) abstained from the proposal’s vote saying it was not clear who would pay for the tax, and expressed fears that it would eventually shift to consumers. (Željko Trkanjec, EURACTIV.hr)

22% of EU reform agenda. The Priština-based European Policy Institute of Kosovo (EPIK) has said Kosovo has implemented just 22% of the European Reform Agenda (ERA), which is part of the Stabilisation and Association Agreement between Kosovo and the EU. Of the 22 priorities, 5 have been fully implemented, while none of the other 17 have been completed. (Beta-EURACTIV.rs)