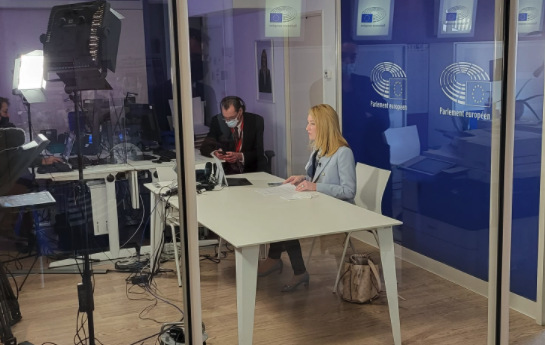 “I have called for a summit of all the speakers of all the national parliaments of the European member states, with our colleague, the President of the parliament of Ukraine Verhoef Narada,” European Parliament President Roberta Metsola told journalists. Photo: EP Press Service

*Updated with fresh statements after the meeting

Amid the ongoing war in Ukraine, the European Parliament President Roberta Metsola (EPP) convened a meeting of national parliament speakers to coordinate the European response, telling them that “Kyiv is under siege and so is democracy”.

The speakers of national parliaments met alongside the Ukrainian parliament’s President Rouslan Stefantchouk at Metsola’s request. They were set to “discuss the follow-up of all the measures that have been taken at the European Union level,” Metsola told journalists on Friday (4 March), when asked by EURACTIV.

“I have called for a summit of all the speakers of all the national parliaments of the European member states, with our colleague, the president of the parliament of Ukraine, the Verkhovna Rada,”

“Whether within the European Commission, the council, but also in the parliament, political, logistical and aid but also how to make sure that in all our national parliaments, the sentiment the messages are the same,” she had said ahead of the meeting.

During the meeting, held in Marseille, Metsola said Russia’s invasion of Ukraine was “an attack not only on an independent and peaceful nation but also on liberal democracies, elected representatives and parliaments”. 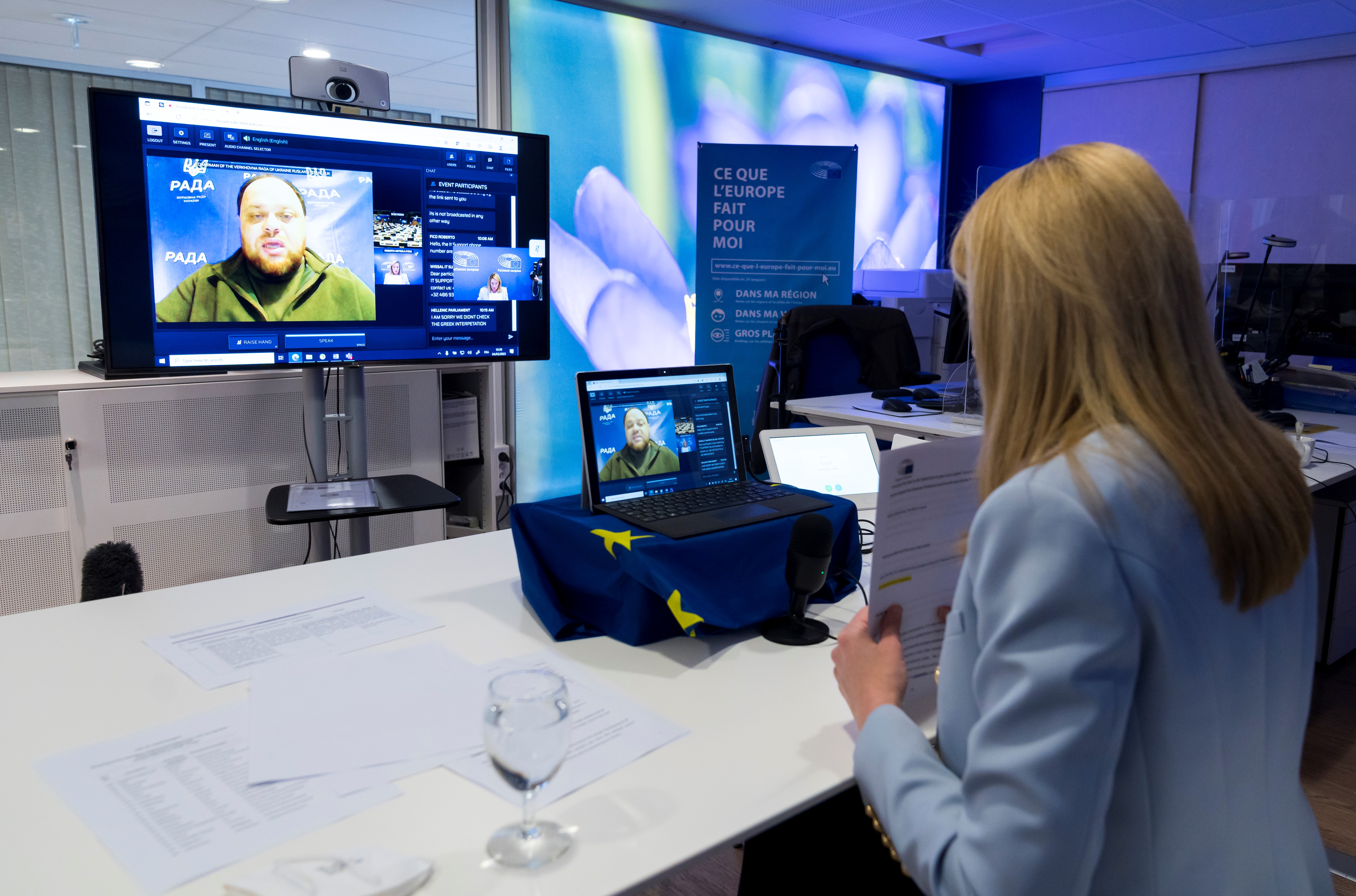 While the war in Ukraine rages on and some European states are calling for stricter sanctions against Russia, the ad-hoc convening of national parliaments may imply there is something afoot in Brussels.

As the removal of some Russian banks from the global financial framework SWIFT has yet to be extended to some of the country’s largest financial institutions, there may be movement in Brussels to tie yet another package of sanctions.

“We, the European Parliament, are for a full de-SWIFTing of the Russian banks,” Metsola added.

Metsola was in Marseille to attend a summit of the European regions and cities and the national parliaments’ meeting was added to her agenda last minute on Thursday, a source told EURACTIV.

Although there may not have been much progress on sanctions at the meeting, the parliaments of the EU nonetheless opted to offer Kyiv their support.

“The task ahead of us is also to help Ukraine to safeguard its democratic institutions that are facing an existential threat,” Metsola said after the meeting while reiterating the European Parliament’s support for Ukraine.

“We need to build up their resilience, cooperating notably in the areas of cyber security, strategic communication, and hybrid threats, including the fight against disinformation.”