Spain said that despite the fact that Gibraltar would exit the EU, it won't close the border immediately. [European Commission]

Gibraltar is a disputed territory, which Britain has held for centuries. For the UK, any Brexit deal would automatically apply to Gibraltar, since it claims it as British territory.

But Spain argues that any agreement would require its blessing, because the area is not part of the UK, as is the case with Northern Ireland, but a colony with a disputed status.

After decades of not taking any side, the EU threw its weight behind Spain in the dispute.

On Friday (31 March) European Council President Donald Tusk unveiled the set of principles that will guide the divorce talks and the future relationship between Britain and the remaining 27 member states.

These guidelines, which will frame the negotiations between the UK and the EU, support Madrid’s demand to authorise any deal for the disputed territory.

Contrary to what some officials expected, the guidelines included a clear reference to Gibraltar.

This is arguably the most contentious issue between the UK and Spain, and a poisonous topic for the upcoming negotiations with the Union as a whole.

Spanish Prime Minister Mariano Rajoy insisted over the last few weeks that when the UK leaves the EU, all relations between the EU and the UK that affect Gibraltar “must take into account Spain’s opinion and have its favourable vote”.

The same official explained that the paragraph recognised that there are two parts in dispute.

But he pointed out that, once the UK leaves the Union, “there is a difference” compared with the previous situation. The EU clearly stated that it would take care of the interests of its 27 members, and Spain would be the only country remaining inside the club. 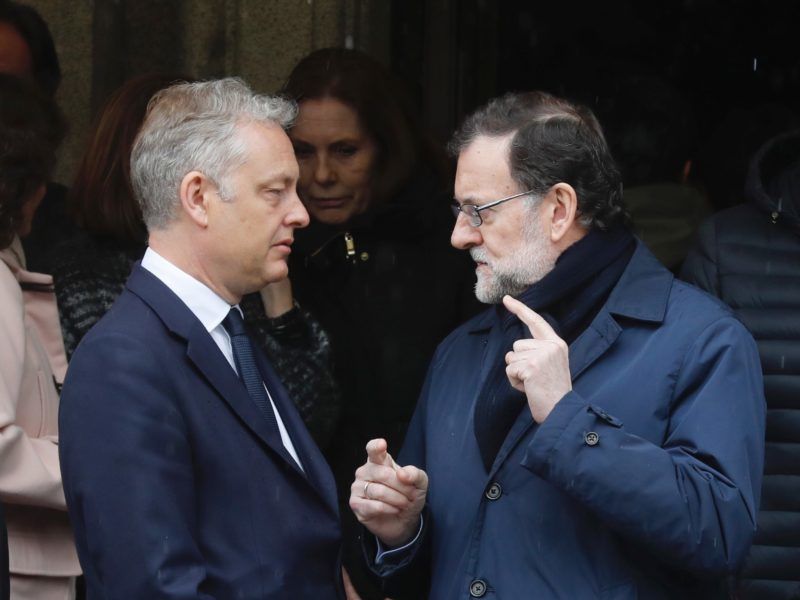 The draft guidelines will be discussed by the national governments’ envoys over the next four weeks. The leaders are expected to endorse them in an extraordinary summit on 29 April.

A senior EU official said that he had “reasons to believe” that the paragraph on Gibraltar would remain.

It was unclear until the last minute what position the EU would express on the controversial future of the Rock.

A Commission official explained that the issue was not discussed at length during the preparatory meetings. The wording has also been unclear for Spanish diplomats.

But the Spanish government stated that, for Madrid, the starting point is that Gibraltar is not the United Kingdom.

For British politicians the sovereignty of the Rock is non-negotiable.

“It is simply not on the table,” said Conservative MEP Ashley Fox (ECR). “The Chief Minister of Gibraltar has emphasised to me that they will bear any price before they give up their British sovereignty,” he added.

Fox, who represents Gibraltar in the European Parliament, accused the institution’s Brexit negotiator Guy Verhofstadt (ALDE) of appeasing Spain by excluding references to Gibraltar from the institution’s draft resolution, in contrast with pro-Remain Scotland and Northern Ireland.

More than 95% of the Gibraltar population voted in favour of EU membership in the referendum last June.

Fox said that the Belgian MEP was “frightened of offending Spain”.

Sources close to Verhofstadt declined to comment at this stage, as the Council’s guidelines and any possible amendment to improve the Parliament’s draft resolution would be discussed next week, probably before the vote on Wednesday (5 April).

Verhofstadt’s team did not rule out an agreement on some additional amendments to cover issues not addressed in the draft text, including Gibraltar.

In order to remain a part of the EU, Spain offered last autumn to share the sovereignty over the territory. But the proposal was immediately rejected by Britain and Gibraltar.

“We made a very generous co-sovereignty offer, but it takes two to dance a tango,” said Spain’s Minister of Foreign Affairs, Alfonso Dastis, in an interview with Spanish daily ABC last weekend.

Although he said that the future of Gibraltar is “not necessarily” limited to this option, he insisted that if the Rock wants to have any ties with the EU, Spain will protect its interests.

William Chislett, an associate analyst at Elcano Royal Institute, noted that the key issue for Gibraltar is not the single market, as 90% of business is done with the UK itself, but the border, as it becomes an external one when the UK leaves the EU.

Any dramatic change in this regard would affect the 12,000 EU workers (7,000 from Spain) that cross the border every day, and are badly needed to maintain the local economy.

“Without them the Gibraltarian economy, largely based on tourism, financial services and online gambling companies, would suffer and in an extreme scenario could be crippled,” Chislett wrote in a paper.

The turmoil would negatively impact the construction boom the Gibraltarian economy is showing. Its GDP is expected to grow this year by 7.5%.

But Dastis, known for his pragmatism, said in an interview last weekend that the country does not intend to take any “drastic measure” such as closing the border, given the strong bonds between Gibraltar and the local economy.

The bone of contention between the UK and Spain is Gibraltar’s airport. For Chislett, this point “poses a threat to a post-Brexit agreement on UK access to the EU’s single aviation market”.

The disagreement on this point already blocked progress on key pieces of legislation to complete the EU’s Single European Sky initiative.

But Madrid has signalled that is ready to fight hard and might block a deal if it includes the airport.