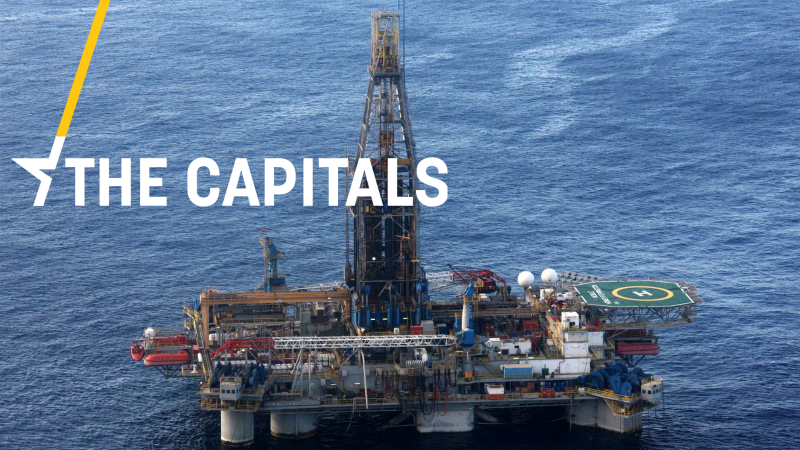 The Capitals is EURACTIV's daily newsletter from across Europe. [EPA/STR]

Oil and gas drilling. Brussels and Washington have put pressure on Turkey not to proceed with its decision to start exploratory drilling for oil and gas off Cyprus.

The EU’s top diplomat, Federica Mogherini, has called on Turkey to show restraint, respect the sovereign rights of Cyprus in its exclusive economic zone and refrain from any “illegal action” to which the EU would respond appropriately.

For its part, the Greek ministry of foreign affairs reminded Ankara the EU Council March conclusions: “The European Council strongly condemns Turkey’s continued illegal actions in the Eastern Mediterranean and the Aegean Sea and underlines its full solidarity with Cyprus and Greece.”

Turkey rejected the statements and insisted that it had “legitimate rights stemming from international law” to engage in hydrocarbon exploration activities.

Cypriot president Nicos Anastasiades plans to raise the issue in the EU Council in Sibiu while Nicosia has already made energy deals with giants Eni, Total and ExxonMobil.

The discovery of gas and oil reserves in the region has brought Greece, Cyprus and Israel closer together. The three countries enjoy American backing for EastMed, a pipeline designed to transport offshore gas reserves from Cyprus via Greece to other EU countries.

Far-right alliances. Speaking at an EU elections campaign meeting on Sunday in Brussels, French far-right leader Marine Le Pen urged “French-speaking Brussels people” to vote for the far-right Vlaams Belang (ENF) party and not the Flemish nationalists, N-VA (ECR). “The N-VA is just like Nicolas Sarkozy. A lot of talk but when they come to power, nothing really happens.”

Vlaams Belang and Rassemblement National aim to build on the old Europe of Nations and Freedom (ENF) group in the European Parliament and are eyeing possible newcomers such as Italy’s Lega and Germany’s Alternative für Deutschland. (Alexandra Brzozowski, EURACTIV.com)

US warns Berlin. In light of US Secretary of State Mike Pompeo’s visit to Germany on Tuesday, Richard Grenell, the American ambassador to Berlin, reiterated his call for greater German efforts in defence, particularly NATO expenditure.

His previous calls were met with great criticism in Berlin, with Liberal FDP Vice-President Wolfgang Kubicki (ALDE) demanding the expulsion of the US diplomat.

41 lists are running for the EU elections. According to German public broadcaster ARD, 60.8 million Germans and 3.9 million EU citizens living in Germany will be able to choose between 41 parties on 26 May, an additional 16 parties compared to the previous elections (25 parties were running). (Claire Stam, EURACTIV.de)

33 lists. According to the Ministry of Interior, French voters will choose between 33 lists compared to just 24 in 2014. However, the new electoral law has merged the eight districts into a national one with a 5% electoral threshold, which will make small parties’ life more difficult.

Fake news over ‘hospital attack’. A few days after interior minister Christophe Castaner in accused 1 May protesters in Paris of attacking the Pitié-Salpêtrière hospital, the 32 people held by police have been released without charges.

The protesters insisted that they were seeking refuge from the police’s disproportionate violence and clouds of teargas, and were not attacking the hospital. The minister, who was accused of spreading “fake news” through his twitter accoung, ultimately admitted his mistake and is now facing calls to resign.

“We are confident that, with these conditions, Venezuela will naturally respect the immunity of the Spanish embassy territory,” he said and made it clear that Madrid would not hand López over to the Venezuelan authorities despite an arrest order issued by the Supreme Court. (EuroEFE.EURACTIV.es)

Tusk attacks the Polish government. In a speech at the University of Warsaw on the occasion of Poland’s national day (3 May), Donald Tusk, former Polish PM and current EU Council president, backed the recently formed European Coalition against the ruling Law and Justice party (PiS/ECR).

“It can’t be that those in power celebrate the constitution once a year and then disrespect it on a daily basis,” he said. (Łukasz Gadzała, EURACTIV.pl)

Pellegrini lobbied against car tariffs with Trump. “[The] President had no clue and did not know that Slovakia produces 1.2 million of cars annually, that we are approaching 1.4 million, that we are the 5th most important exporter of cars to the US,” Slovak PM Peter Pellegrini said after a meeting with Donald Trump last Friday.

“That is why I was glad that I was able to tell him that the impact of imposing tariffs (on EU car exports) will not only affect Germany but also on Slovakia and the Czech Republic, that is countries of the region that he currently shows more interest in.” “We came in the right moment and I believe he will take these arguments into account before a final decision is made.” (Zuzana Gabrižová, EURACTIV.sk)

Russia is the main threat. Russia is the main actor in attempts to influence elections and democratic processes, Czech counter-intelligence (BIS) head Michal Koudelka said at a seminar on the EU elections and cyber threats. He added that Russia aimed at threatening the EU’s security and the EU as a whole. (Ondřej Plevák, EURACTIV.cz)

New Minister. Thanasis Theocharopoulos, a former member of KINAL (S&D), was appointed as the new Minister of Tourism replacing Elena Kountoura, who will run for the EU elections.

Government sources pointed out that the move marks the opening of leftist Syriza to social democracy. (Theodore Karaoulanis, EURACTIV.gr)

He explained that the introduction of such social criteria at European policy level would be a good start, precisely because it would put forth the social issues of inequality, poverty, social exclusion and the lack of prospects for the middle classes at the same level of priority as fiscal stability. (EURACTIV’s partner Athens-Macedonian News Agency)

USR eyes new political group. After the EU elections, the Save Romania Union (USR) party will take part in discussions to form a new group in the EU house together with Macron’s En Marche, Spain’s Ciudadanos, Austria’s NEOS and part of the current ALDE group, the party’s chief Dan Barna has said.

USR is running in the EU elections in alliance with PLUS, the party of former EU Commissioner Dacian Ciolos. (EURACTIV.ro)

Pope Francis visits Bulgaria. Following a meeting with President Rumen Radev, Pope Francis said, “30 years after the end of the totalitarian regime, Bulgaria faces the consequences of the emigration of more than 2 million citizens looking for new job opportunities. At the same time, like many other countries, it has to cope with a new winter – the demographic that has fallen as an ice curtain in Europe because of the diminishing confidence in the future”.

Referring to migration, he urged Bulgarians not to close their eyes, their hearts and their hands, to those “who knock on your gates”. (EURACTIV’s partner Dnevnik.bg) [More]

Merkel and Weber in Zagreb. German Chancellor Angela Merkel and EPP lead candidate Manfred Weber will be in Zagreb on 18 May to support the candidates of HDZ (EPP) for the EU elections.

PM Andrej Plenković said that it will be the only rally that Merkel will attend outside Germany while the opposition “reminded” that Merkel also supported former Croatian PM Ivo Sanader, who is now in prison because of corruption. (Željko Trkanjec, EURACTIV.hr)

Authoritarianism and Serbia’s EU accession. The European Parliament Research Service (EPRS) estimates that if Serbia’s drift towards authoritarianism continues, it could become a major obstacle to its EU accession. EPRS said among the Western Balkan countries, Serbia is seen as a frontrunner but recent opposition protests highlight worrying long-term trends.

EPRS said press freedom had been in decline for several years while the governing coalition systematically blocks meaningful discussions of legislative proposals. Criticising government policy is framed as a betrayal of Serbian interests, EPRS added. (Beta-EURACTIV.rs)

Trade protocol signed with Turkey. Bosnia and Herzegovina (BiH) Presidency Chairman Milorad Dodik and Turkish President Recep Tayyip Erdogan have signed in Ankara a trade agreement and a protocol on a Sarajevo-Belgrade motorway, which will be partly financed by Turkish bank loans. Dodik said Erdogan understands divisions inside BiH over NATO membership (Serbs are against, Croats and Bosniaks are for it). (Željko Trkanjec, EURACTIV.hr)