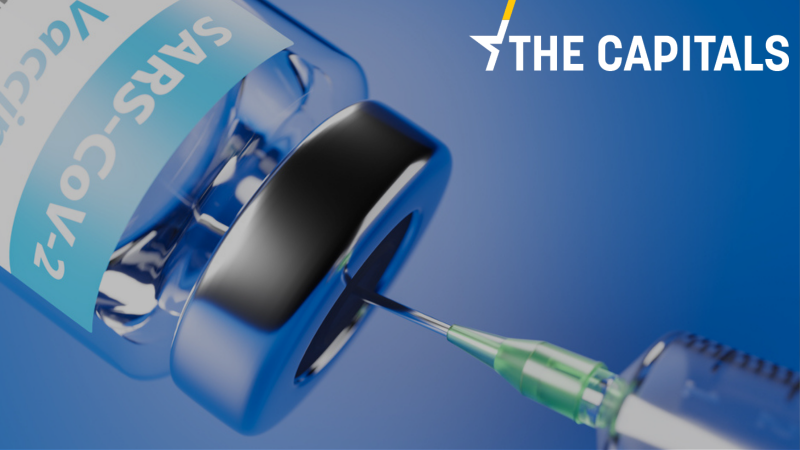 The leadership of the European Commission is currently discussing with scientists how long a third dose is effective in protecting against COVID-19. [Shutterstock / Andreas Prott]

The leadership of the European Commission is currently discussing with scientists how long a third dose is effective in protecting against COVID-19, EURACTIV.com has learnt. Italy mulls shortening COVID pass validity while Greece considers a similar step even without a joint EU decision.

British farmers call for government support to reach ‘net-zero’ agriculture. British farmers have set an ambitious strategy to reach net-zero greenhouse gas (GHG) emissions in agriculture by 2040. But for all farmers to contribute, the government should step in and provide the necessary means, the National Farmers’ Union of England and Wales (NFU) told EURACTIV. Read the full story.

Belarus crisis: foreign ministry pushes campaign against misinformation. Faced with growing amounts of misinformation to entice possible refugees towards Belarus in what leaders have coined a “hybrid attack” by the Lukashenko regime, Germany’s ministry of foreign affairs has now updated its multilingual information initiative. Read more.

France honours victims of 2015 terrorist attacks. Six years after the terrorist attacks in Paris that killed 130 people and injured more than 350, a day of commemoration was organised on Saturday in Paris and Saint-Denis. Paris Mayor Anne Hidalgo and Prime Minister Jean Castex laid wreaths of flowers in front of Parisian cafés and paid their respects at the Stade de France and the Bataclan.

In the early afternoon, US Vice President Kamala Harris laid flowers in front of the bar Le Carillon. The trial for those accused of the 13 November 2015 attacks, the deadliest in France’s history, is underway. (Clara Bauer-Babef | EURACTIV.fr)

Austria introduces lockdown for the unvaccinated. Austria’s unvaccinated people, around 25% of the population, are being placed into a fully-fledged lockdown from Monday. But according to experts, additional measures will soon be needed to combat the rise in infection rates. Read more.

Ireland does not rule out restrictions as rising COVID-19 cases ‘extremely’ concerning. Further restrictions cannot be ruled out, Irish Taoiseach Micheál Martin has said, noting that he is “extremely concerned” about the rise in COVID-19 cases in the country. Read more.

Russia may finally ratify 2014 border agreement with Estonia. After a meeting between the Estonian and Russian foreign ministries, officials at the Estonian foreign ministry said Russia might be warming up to finally ratify the border agreement of 2014, the news agency ERR News reports. There have been no official statements from either side. Read more.

Catalan opposition leader visits Brussels to smooth relations. Catalan opposition leader and former health minister of Spain, Salvador Illa spent a couple of days in Brussels last week where he met with Vice President Josep Borrell and Commissioners Stella Kyriakides and Nicholas Schmit, among others. Before heading back to Barcelona he held an exclusive interview with EURACTIV. Read more.

EU parliament chief demands ‘clear explanation’ from US after MEP is denied visa. European Parliament President David Sassoli has demanded a “clear explanation” from the US caretaker ambassador in Brussels for why a leftist Greek MEP has been denied a visa to travel to the US, EURACTIV has learnt. Read more.

Czechia wants to help Poland with border protection. The Civic Democrats (ODS, ECR) called on the outgoing Czech government to send police officers to Poland and help its neighbour with the current migration crisis at the Polish-Belarus borders. Read more.

Unchallenged Orbán to stay at Fidesz steering wheel. At the 29th Fidesz Congress on Sunday, PM Viktor Orbán was confirmed as leader of the governing party for another two years, Telex reported, promising that the last three decades were just a “warm-up”. Read more.

‘Change continues’ is the surprise winner of Bulgarian elections. ‘Change continues’, a new anti-graft political force in Bulgaria, is the surprise leader following the parliamentary and presidential elections in Bulgaria on Sunday, while the country’s President Rumen Radev is well-placed for reelection, having won 48.5% in the first round. Read more.

Romania is one of the main producers of gas in the EU, but it still needs imports of Russian gas to cover its consumption, especially in the cold season. (Bogdan Neagu | EURACTIV.ro)

Slovenian ICU wards overflowing as cases continue to surge. Intensive care units in Slovenian hospitals are overflowing with COVID-19 patients as the country grapples with the worst wave of the pandemic so far. Read more.

EU priorities in Western Balkans fully reflected in Commission report. “EU priorities in the Western Balkans are fully reflected in the reports which are designed to encourage the region to implement different reform processes,” European Commission spokesperson Ana Pisonero told EURACTIV Serbia and BETA when asked to comment on remarks that this year’s reports on candidate countries had been toned down in the context of the rule of law. Read more.

US diplomat: Brčko’s status and independence must be respected. BiH’s two entities and all government structures must respect Brčko’s status and autonomy, US diplomat Clint Williamson, head of an International Arbitral Tribunal for the status of Brčko District, has said, adding that the threats of war must stop. Read more.

Montenegrin finance minister: state does not need additional borrowing. Milojko Spajić, Minister of Finance and Social Welfare reiterated that the state does not need additional borrowing. “We mentioned the option to leave within the budget law to borrow up to €500 million, but we have no need to borrow for next year,” said Spajic. (Željko Trkanjec | EURACTIV.hr)