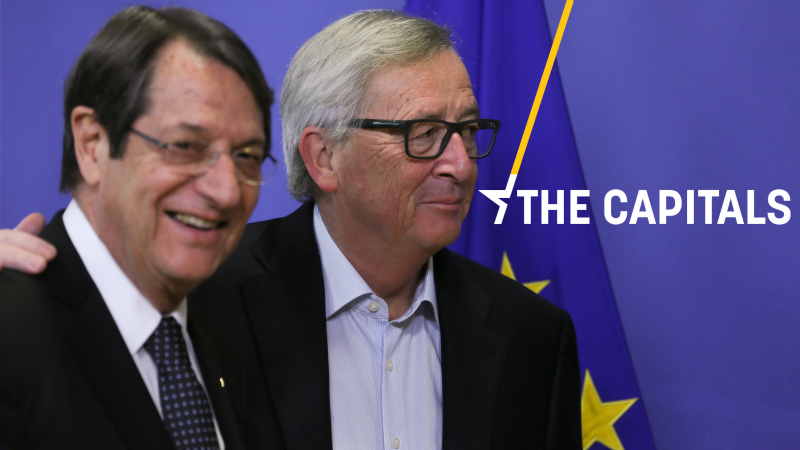 The EU member states supported Cyprus in its standoff with Turkey over the latter’s illegal drilling activities in its exclusive economic zone (EEZ) at the Sibiu EU summit.

“I am a Cypriot [on this matter],” EU Commission chief Jean-Claude Juncker said. Cypriot President Nicos Anastasiades, together with Greek Prime Minister Alexis Tsipras, raised the issue of Turkey’s “aggressiveness” in the region, saying that the EU should support its member states.

The EU decided to closely monitor Turkey’s activities off Cyprus and re-examine the issue at the next informal summit on 28 May, or at the European Council in June.

Greek diplomatic sources told EURACTIV that specific measures would be discussed at a later stage but that any decision should be made carefully and calmly.

The Schengen issue. Romania will soon become part of the Schengen area and the Cooperation and Verification Mechanism (CVM) will be terminated, President Klaus Iohannis said before the Sibiu summit.

The NGO asked the parties’ candidates for the federal, regional and EU elections for their positions on a range of climate issues and while most parties (except N-VA and Open Vld) back a “binding law for climate”, a “great majority” of them deserved a “red card”, Greenpeace spokesperson Juliette Boulet said. (Alexandra Brzozowski, EURACTIV.com)

Speaking at the party’s EU election campaign launch in Kent, the Labour leader said that the party is “prepared to put the issue to a public vote at the conclusion of the parliamentary process.”(Samuel Stolton, EURACTIV.com)

Socialists lead EU elections’ poll. The Spanish Socialist party (PSOE) would win the EU elections in Spain with 17 to 18 seats, compared to the 14 seats it currently has in the EU  House, according to a survey released on Thursday by the public Centro de Investigaciones Sociológicas (CIS), EURACTIV’s partner EFE reported.

The Spanish far-right party Vox would get between 4 and 5 MEPs while the conservative Popular Party (EPP) would poll 18-20% getting between 11-12 seats (now it has 16 MEPs). (EuroEFE.EURACTIV.es)

War on drugs. “From today I’ll go to war on cannabis street by street, shop by shop, neighbourhood by neighbourhood, city by city,” the leader of the right-wing party Lega Matteo Salvini has said following a meeting with representatives from halfway houses.

In a TV debate, Salvini also said he’d be willing to bring down the government if the Five Star Movement attempted to legalise drugs. (Gerardo Fortuna, EURACTIV.com)

Sibiu summit. Poland will seek the strengthening of the common market in order to avoid protectionist policies, Polish PM Mateusz Morawiecki said at the Sibiu summit, adding that the discussion should also focus on how to tackle tax havens.

Morawiecki wants to show that he can build alliances at EU level, especially when it comes to Europe’s future. (Łukasz Gadzała, EURACTIV.pl)

The only EU face in Moscow. Speaker of the Slovak parliament, nationalist Andrej Danko (SNS) was the only guest from the EU member states at yesterday’s military parade in Moscow, marking the end of the Second World War.

Danko, the second highest constitutional official of Slovakia, was invited by the Chairman of the State Duma Vyacheslav Volodin, who since 2014 has been on the EU sanctions list for the preparation of Crimea’s annexation, and met with Russian President Vladimir Putin.

‘Destructive’ electric cars. The Czech Republic will make every effort to protect the climate but this cannot be done to the detriment of its industry, PM Andrej Babis has said, adding that electric cars are a step “towards the beginning of the end of the automotive industry in Europe.”

Migrant-unfriendly country. Eurostat concluded that the Czech Republic has the strictest attitude towards asylum seekers among EU member states. In 2018, it rejected 90% of asylum applicants (only 155 of 1385 applications were met, while the EU average is 60%). (Ondřej Plevák, EURACTIV.cz)

New poll. The difference between the ruling Syriza party (EU Left) and conservative New Democracy (EPP) has narrowed to 6%, according to a poll for OPEN TV.

EIB to finance Crete’s energy future. The European Investment Bank (EIB) and the Greek Independent Power Transport Organisation, in which China’s State Grid is a shareholder, signed a €178 million loan agreement on Thursday for the electricity interconnection of the island of Crete with Greece’s mainland and European networks. Crete has been dependent on oil for electricity production. The EU Commission will provide another €95 million cohesion funds. (Theodore Karaoulanis, EURACTIV.gr)

DPS, or Movement of Rights and Freedoms, is affiliated to the liberal ALDE group. Peevski was recently named by Reporters Without Borders as one of the main reasons for the poor state of the media in Bulgaria. The country is 111th in the world media freedom index – last in the EU.

Drop in emissions: Bulgaria ranks second in the EU regarding the reduction in CO2 emissions, Eurostat data showed. In 2018, the country reported a 8.1% reduction in carbon emissions compared to 2017. (EURACTIV’s partner Dnevnik).

Member states’ population growth. Over the next five years the EU should ensure faster convergence so that the economic, social and development standards of Western member states can be achieved, Croatian PM Andrej Plenkovic has said. He added that the negotiations on the next multiannual framework would underline the need to ensure support for demographic revitalization.

“In my talks with EU budget commissioner Guenther Oettinger I highlighted the need for demographic revitalisation in some countries and we will insist on that,” Plenković added.

The euro’s last supporter. “I should probably be the last man to propose to adopt the euro as I run the monetary policy and my signature is on the kuna banknotes”, Governor of the National Bank Boris Vujčić quipped.

He added that he still backed euro member because it is in the interest of the Croatians citizens. There is strong political opposition in the country against the single currency. (Željko Trkanjec, EURACTIV.hr)

MEPs to choose new Commissioner. Centre-right Nova Slovenia has proposed that Slovenia’s new Commissioner should be chosen by MEPs. “It is not a matter of left or right, but a mirror of Slovenia in Brussels”. (Željko Trkanjec, EURACTIV.hr)

Enlargement and geopolitics. At a summit in Tirana, representatives of the EU and the Western Balkan countries called on Brussels to take account of the geopolitical aspect of enlargement talks.

The meeting’s closing statement calls for the negotiating process with the region to be “flexible and faster”. (Beta-EURACTIV.rs)