The German presidency of the European Council warned it would be "virtually impossible" to bridge the gap with MEPs over the bloc's long-term budget without face-to-face talks. [© European Union 2020 - Source : EP]

Reaching an agreement over the EU’s €1.8 trillion seven-year budget and recovery plan will be “virtually impossible” without face-to-face meetings, warned the German EU Presidency.

The European Union has scaled-back meetings of experts and senior officials, opting for more videoconferences as Brussels is hit by a dramatic coronavirus surge, a spokesman said Monday (26 October).

But the German presidency for the European Council warned it would be “virtually impossible” to bridge the gap with MEPs over the bloc’s long-term budget without face-to-face talks.

The Belgian capital, headquarters city of the main EU institutions, has one of the highest Covid-19 infection rates in world, as a second wave of the virus breaks over Europe.

An EU summit was disrupted this month when three leaders had to stay away to self-isolate after coming into contact with a carrier, and two foreign ministers and a prime minister have tested positive.

Much of the day-to-day work at the European Commission and Council is being carried out by teleworkers, and the European Parliament opted to skip a plenary session in Strasbourg.

But leaders fear some issues – in particular wrangling over the terms of the EU’s trillion-euro seven-year budget framework – can only be resolved after in-person horse trading.

“Only essential meetings necessary for the functioning of the EU or to coordinate the COVID-19 crisis response will continue to take place in person – and only on the condition that all social distancing and sanitary rules can be strictly observed,” the EU spokesman said.

“These measures will apply as long as the pandemic situation in Brussels requires it,” he added, after a meeting of EU ambassadors.

“The ongoing negotiations on the EU budget and recovery package are among the priority projects,” he said, calling for the budget talks to come to a “successful conclusion as quickly as possible.”

“It is virtually impossible to reach an agreement between EU Member States and the European Parliament without face-to-face negotiations and meetings,” he warned.

EU leaders have agreed in principle the terms of a €750 billion post-COVID recovery package, backed by a €1.075 trillion budget to cover 2021-2027 EU spending.

But MEPs were dismayed to see some of their priority projects cut in the negotiations between member states and have demanded more cash.

The EU is still divided over how and whether to make EU spending contingent on member states like Poland and Hungary responding to criticism over their respect for the rule of law. 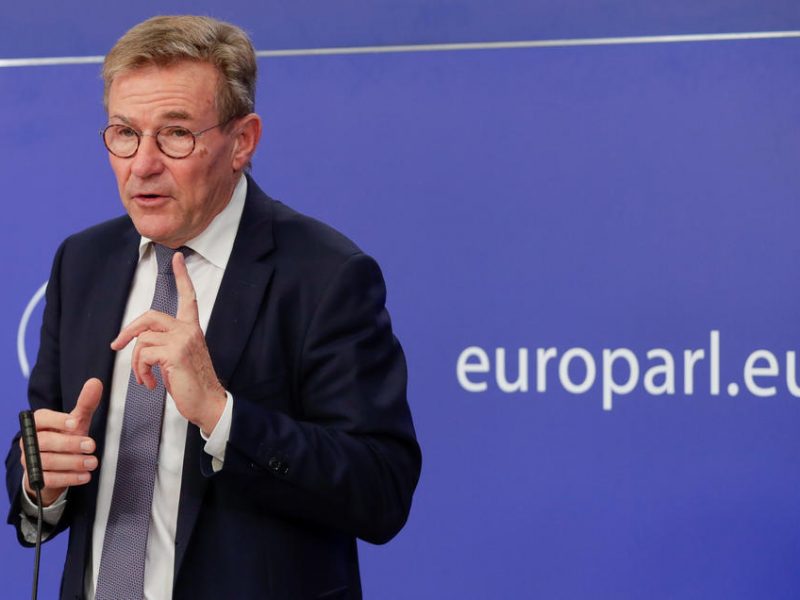