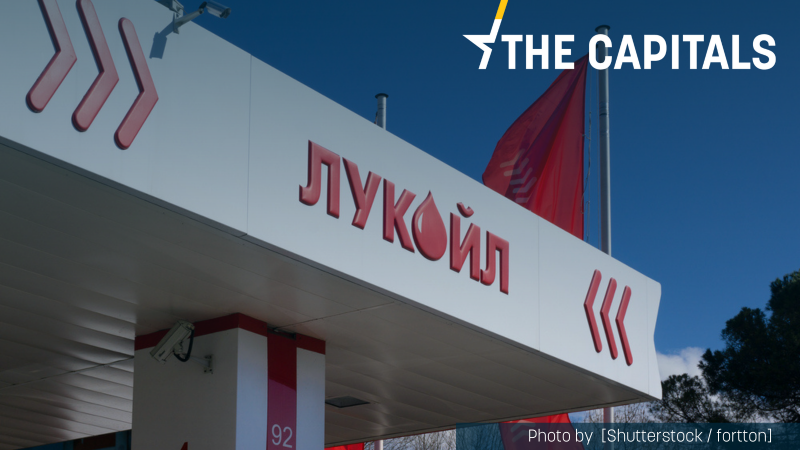 On Friday (13 May), Democratic Bulgaria party co-leader Hristo Ivanov called for the “deputinisation” of political and economic life in Bulgaria. [Shutterstock/fortton]

EU diplomat: ‘We are reaching our limits with sanctions against Russia’. “If there was such a mess with Russia’s oil, imagine what would happen with a proposal to ban gas”, an EU diplomat told EURACTIV after the end of the EU foreign ministers meeting on Monday. Read more.

LEAK: EU countries urged to prepare for Russian gas ‘supply shock’. In a policy document due to be adopted on Wednesday (18 May), the European Commission urges EU member states to step up preparations for a “full disruption of Russian gas supplies” by considering emergency measures like a temporary cap on gas prices. Read more.

Dutch could face autumn lockdown as government unprepared. The Dutch may have to lockdown again in autumn as the government has not prepared an effective strategy in case another COVID-19 wave hits the country, Dutch media NOS reports. Read more.

‘Unacceptable’ to block NI executive, says Irish PM.  It is “unacceptable” that an executive should be prevented from forming in Northern Ireland, said Irish Taoiseach Micheál Martin on Monday, as the leader of Sinn Fein, which won the recent elections, visited Dublin. Read more.

Finland tells Turkey NATO membership cannot be traded. Foreign Minister Pekka Haavisto from the Green Party played down fears that Turkey could block Finland’s NATO membership during a parliamentary debate on NATO on Monday, saying his country would not be a safe haven for the Kurdistan Workers’ Party (PKK) in exchange for membership. Read more.

Former King to return home after exile. Former Spanish King Juan Carlos I expressed his will to return to his homeland by the end of May, sources close to the ex-monarch told Spanish private radio station Onda Cero on Monday. Read more.

Czechia to set up new state energy trader for cheap supplies. The Czech Republic wants to establish a new “state energy trader” that would secure cheap energy supplies for the state and replace the private companies currently in charge of purchasing gas and other fuels. Read more.

Poland to soon receive EU recovery funds after striking deal with Commission. The Polish government has reached an agreement with the EU over the national Recovery Plan, paving the way for Poland to finally obtain money from the EU Recovery and Resilience Facility (RRF), Prime Minister Mateusz Morawiecki announced. Read more.

Gazprom did not reserve gas transit capacity for June via Slovakia, Poland. Gazprom decided not to renew its capacity share via the Yamal gas pipeline that runs through Poland nor the capacity transit via Slovakia for June, Czech press agency ČTK reported based on their findings of the results of an energy auction. Read more.

Bulgarian network connected to gas interconnector with Greece. The Bulgarian-Greek gas connection in Stara Zagora, which is already connected with the national gas transmission network of the Bulgarian state-owned company Bulgartransgaz, has successfully passed the pneumatic tests for strength, tightness and gas metering, ICGB, the company working on the project, announced on Monday. Read more.

Romanian Socialist leader speaks about fiscal code changes. Romania’s government should introduce several fiscal changes by the end of this month so they can be taken into account for next year’s budget, Marcel Ciolacu, the leader of the Socialist Party PSD, said on Monday. Read more.

Belgrade receives bomb threats in over 100 schools. Dozens of Schools, a public building in downtown Belgrade, and the airport in the southern city of Niš were evacuated following bomb threats on Monday morning. Read more.

Bosnia on its ‘last chance’ for EU candidate status, says foreign minister. The Western Balkan country was seeing secessionist steps taken by one of its two entities and the status of the EU candidate could be “its last chance,” said Bosnia’s Foreign Minister Bisera Turkovi, painting a gloomy picture of her deeply dysfunctional country to her EU counterparts on Monday. Read more.

Albania pledges to meet Green Deal organic farming targets by 2030. Albania is confident it can reach the European Green Deal target of 25% of agricultural land under organic farming by 2030 without negatively impacting farmers or consumers during the transition, Agriculture and Rural Development Minister Frida Krifca said. Read more.