Members of a Dutch Urban search and rescue team (USAR) board the plane at Eindhoven Air Base, The Netherlands, 05 August 2020. The Netherlands is sending the team to Beirut to help find people who are missing after Tuesday's explosions. [ROB ENGELAAR/EPA]

The offer from EU’s chief executive came after Tuesday’s blast which killed at least 137 people and injured 5,000, flattened Beirut port and devastated the city.

“The Commission stood ready to explore how to boost our trade relations in this challenging time, in particular in the form of further preferential trade and customs facilitation,” von der Leyen said in a statement.

She also offered the EU’s help in assessing Beirut’s reconstruction and Lebanon’s recovery, as well as support in discussions with international financial institutions to unlock further economic aid.

The 27-country bloc has deployed more than 100 firefighters and 150 rescue workers, a military vessel for medical evacuation and activated its Copernicus Satellite mapping system to help assess the damage, as well as unlocked €33 million worth aid package.

A dozen of member states have also announced they will provide medical and protective equipment. 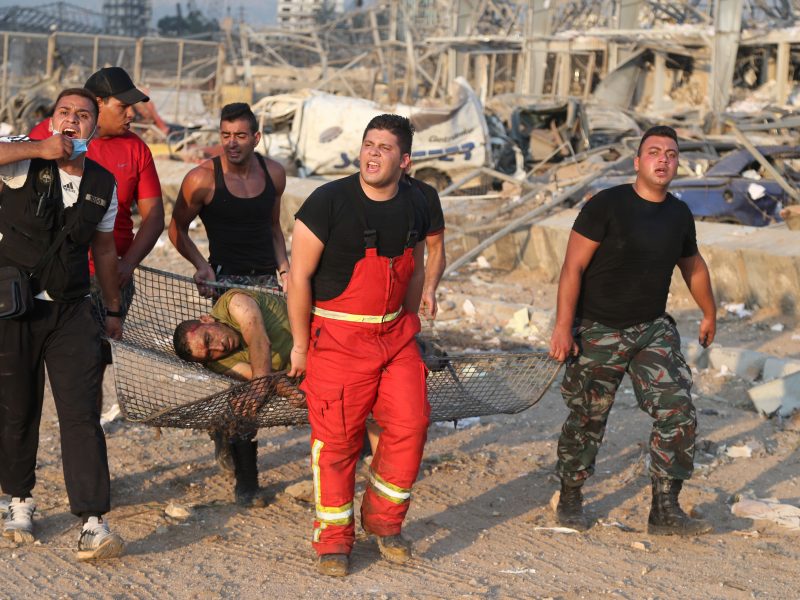 French President Emmanuel Macron arrived in Beirut on Thursday at the start of an official visit following the warehouse explosion. He was greeted on the tarmac by Lebanon’s President Michel Aoun.

Macron, who walked the street of Beirut amid citizens claiming for help from the French president, said Lebanon was facing a political and economic crisis, and that it would continue to suffer unless it enacted reforms.

“Beyond the blast, we know the crisis here is serious, it involves the historic responsibility of leaders in place,” Macron told reporters. “We can’t do without telling each other some home truths,” he added. “If reforms are not carried out, Lebanon will continue to sink,” he added. 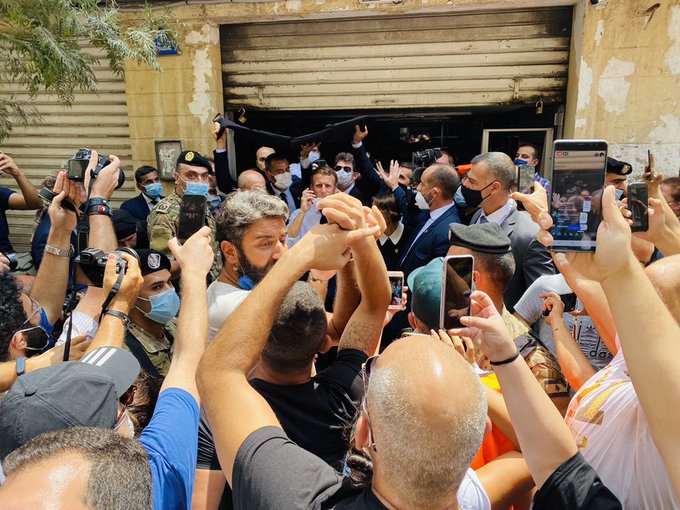