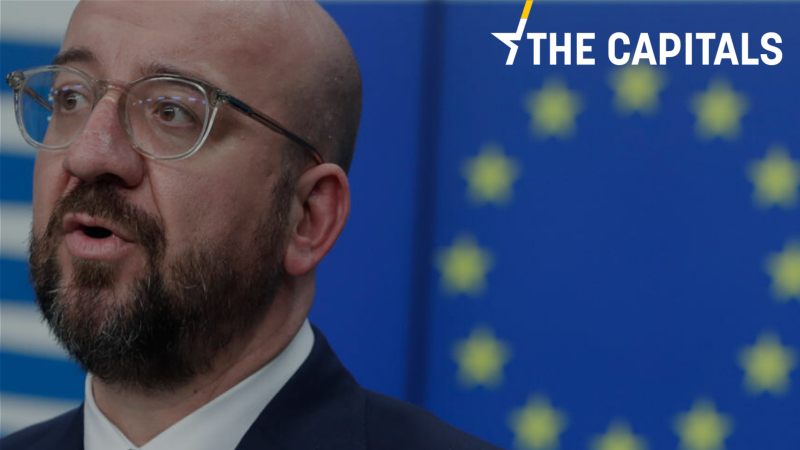 The document also refers to a proposal recently made by EU Council chief Charles Michel calling for the creation of a “true” European Crisis Management Centre. [EPA/STEPHANIE LECOCQ]

***OPEN LETTER: Before you start reading today’s edition of the Capitals, have a look at an Open Letter sent to the president of the EU Commission by media stakeholders and experts, along with MEPs and former MEPs, asking the Commission to support trust in public action and help sustain the media in this testing time.
Health, trust and journalism: a Coronavirus Plan for the Media

EU INSTITUTIONS. EU heads of states are expected to call on the European Commission at the EU Council on Thursday (26 March) to come up with a “comprehensive recovery plan”, which will include measures to return to normality, according to draft conclusions seen by EURACTIV.com.

“While the urgency is presently on fighting the Coronavirus pandemic and its immediate consequences, we should start to prepare the measures necessary to get back to a normal functioning of our societies and to sustainable growth, drawing all lessons from the crisis,” the document says.

“This will require an exit strategy, a comprehensive recovery plan and unprecedented investment. To this end we invite the Commission to start work on a proposal for a Roadmap for recovery accompanied by an Action Plan,” the draft conclusions add.

The document also refers to a proposal recently made by EU Council chief Charles Michel calling for the creation of a European Crisis Management Centre.

“The time has come to put into place a more ambitious and wide-ranging crisis management system within the EU, including, for instance, a true European Crisis Management Centre.”

Regarding research for a possible vaccine to fight the coronavirus, the document says Europe will do “everything possible” to support research.

“There is an urgent need to share scientific information and to collaborate both within the EU and worldwide on the challenge of developing a vaccine in the shortest possible time, and to make it available to all those in need, without any geographical barriers.”

German officials call for patience. As the German government’s new measures prohibiting all public gatherings of more than two people came into force on Monday (24 March), German state officials have encouraged people to strictly follow the rules and be patient. It could take up to two weeks “until we see the first successes…This makes it all the more important now that we stick to the rules,” North Rhine-Westphalia’s leader Armin Latschet of the Christian Democrats (CDU) told a special session in the state parliament.

In other news, Economy Minister Peter Altmaier (CDU) emphasised the “generous” and “unprecedented” measures to help save the economy in a press conference on Tuesday (24 March) to help ease economic anxiety, while a top economist assured that the likely recession would only be in single digits. (Sarah Lawton | EURACTIV.de)

Read more about this: German economy minister: Help is on the way

‘This day is historic’. Päivi Sillanaukee, Permanent Secretary of the social affairs and health ministry, told the nation on Monday evening (23 March) on TV that the storage of the National Emergency Supply Agency was now open and its goods are being distributed, calling it an “historic day”. Read more about this story, here.

Letter exchange. Over the weekend, two surgeons from the Hospital Saint-Pierre (ULB) in Brussels, Guy-Bernard Cadiere and Didier De Cannière, published a carte blanche to the attention of Belgian Prime Minister Sophie Wilmès, sounding the alarm over the lack of medical and protective equipment to fight against the coronavirus. Wilmes responded with a letter of her own on Tuesday (24 March). Alexandra Brzozowski took a closer look.

Government seeks 250,000 NHS volunteer force. UK Health Secretary Matt Hancock announced on Tuesday (24 March) the creation of a new 250,000-strong corps of “NHS Volunteer Responders”, tasked with bringing essential supplies to the most vulnerable people being “shielded” at home, in a series of steps to help prevent the National Health Service from being overwhelmed by coronavirus cases in the coming weeks. EURACTIV’s Benjamin Fox takes a closer look.

Irish Clampdown comes. Ireland’s government has announced sweeping new measures to clamp down on the spread of the coronavirus in the Republic. EURACTIV’s Samuel Stolton looks into what these entail.

Keep abreast of the developments in Ireland.

Spain extends “state of alarm” for two extra weeks. On Wednesday (25 March), Spain’s socialist Prime Minister, Pedro Sánchez, will ask the parliament to extend the “state of alarm” two extra weeks (a full month) until 11 April, to stop the rapid increase of coronavirus cases in the country. Moreover, the government has put in place a huge repatriation operation to bring back hundreds of Spanish citizens who were on holidays, working or living temporarily abroad, EuroEFE reported. Only “essential” mobility is permitted and citizens can only go on the streets (individually) to purchase food, go to pharmacies or help elderly people.

Meanwhile, Madrid’s Palacio de Hielo (Ice Palace) has been turned into a morgue for COVID-19 victims in the Spanish capital. The company that operates the building, offered the premises on Monday (23 March) and Madrid authorities welcomed the initiative, EFE reported. This will help ICUs (Intensive Care Units) in many hospitals in Madrid, which are overwhelmed by the growing number of coronavirus patients.

Flights suspended for another 14 days. While Portugal has 2,362 confirmed cases of coronavirus and 33 deaths as of Tuesday (24 March), the government, which had declared a ‘state of emergency‘ until 2 April, announced on Tuesday the continued suspension of flights to and from Italy for another 14 days. National authorities are expecting the peak of the pandemic to be around until 14 April. (Lusa.pt)

Greece reported 48 new cases of coronavirus reaching a total 743 registered patients infected with coronavirus, according to the spokesman of the Ministry of Health, Sotiris Tsiodras. Tsiodras pointed out that 134 patients are hospitalised, with 60% of them being men. There are 45 intubated patients and their average age is 68 years. (Sarantis Michalopoulos, EURACTIV.com)

Heavy fines. The government on Tuesday (24 March) approved stiffer sanctions for breaking lockdown rules, ANSA quoted sources outside a cabinet meeting as saying. The measures are expected to include €4,000 fines and the confiscation of motor vehicles, sources said.

Russian narrative on the EU. State Secretary of the Ministry of Foreign and European Affairs Martin Klus of the Freedom and Solidarity party has warned against the Russian narrative that tries to picture the EU as a failing project. “It is gaining ground, especially in the alternative media,” he said”, noting that as the COVID-19 crisis turns into an economic one, “the time to show the added value of the EU will still come“. (Zuzana Gabrižová | EURACTIV.sk)

Smart quarantine. The Czech Republic will launch a new “smart quarantine system” to track the movements of infected citizens. The monitoring system, which requires consent, will use data from mobile phones and payment cards of people who have been tested positive to find all the potential people that could be infected as a result. Aneta Zachová reports from Prague.

State offers loans for help. Bulgaria will grant unsecured interest-free loans of up to BGN 1,500 (€760) for all workers who are on unpaid leave due to the state of emergency, which represents €120 more than the country’s average gross salary. The state will also pay 60% of the wages of employees of companies who were forced to temporarily close their businesses following the health ministry’s orders. The initial aid package has been set at approximately €2.3 billion, a sum which Prime Minister Boyko Borissov predicts may be insufficient.

Meanwhile, under new emergency legislation, parliament has allowed the tracking of mobile and internet communication of those under quarantine without court permission. The measure will stay in place after the state of emergency is lifted. (Krassen Nikolov | EURACTIV.bg)

Romania in lockdown. Romania imposed a lockdown on Tuesday evening (24 March) as the country reached almost 800 confirmed COVID-19 cases and 11 deaths. People are only allowed out of their homes to go to work, buy essentials, take care of people in need, or for medical reasons and caring for pets. Also, people above 65 are only allowed out of their homes between 11 pm and 1 pm or for working purposes. As Romania had already banned flights coming and going from Italy and Spain, the country suspended all flights to between Germany and France for 14 days starting Wednesday evening. (EURACTIV.ro)

Defence Minister: Serbs in danger of extinction. Defence Minister Aleksandar Vulin said on Tuesday (24 March), that the Serbia people were again threatened with extinction but should keep together and be united. EURACTIV Serbia delves into it.

In other news, Kosovo President Hashim Thaci said that Kosovo’s citizens were grateful to NATO for its 1999 operation, which resulted in the withdrawal of the Serbian administration, army and police forces from Kosovo.

On his Facebook profile, Thaci wrote: “Kosovo and its citizens are forever grateful for the NATO humanitarian intervention, which resulted in the departure of the Serbian administration, army and police from Kosovo,” wrote Thaci.

“On March 24 1999, the most powerful military alliance in the world, NATO, began bombing Serbian military and police targets. It was this greatest help of the Alliance in the protection of the people of Kosovo, showing the determination of the states of western democracy to fight the dictator Milosevic, who for two years has been active violence, murder, massacre, genocide and ethnic cleansing Across Kosovo,” Thaci wrote.

To follow daily updates on the situation in Serbia, check out the Coronavirus tracker.