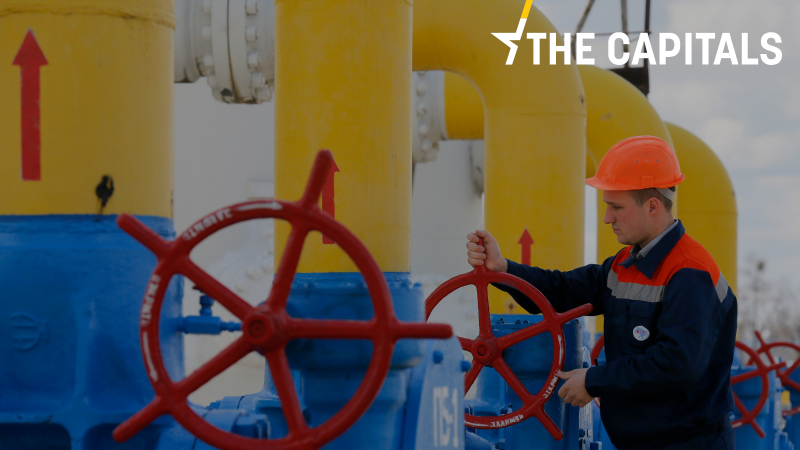 The Capitals brings you the latest news from across Europe. [EPA/SERGEY DOLZHENKO]

The Polish government has said ensuring a “good post” in the next European Commission was a precondition to support Ursula von der Leyen to become the EU executive’s chief, according to deputy Prime MinisterJacek Sasin and government spokesman Piotr Müller.

EURACTIV Poland has been reporting for several weeks that Warsaw may be interested in a post related to energy issues, and Sasin confirmed the government’s aspirations for the energy post in an interview with TVN24.

At the beginning of June, WysokieNapiecie.pl, a website which covers energy issues, revealed that Competition Commissioner Margrethe Vestager and liberal spitzenkandidat offered the Polish government the post of commissioner for energy in return for support in her fight for the top EU job. The only condition was to find a woman.

The name of Poland’s minister for technology and entrepreneurship Jadwiga Emilewicz, who is sceptical towards coal, has repeatedly popped up.

Vestager is now out of the race but things have not changed much: Polish government officials are touting Emilewicz and demanding the energy portfolio, and Vestager will remain in the Commission as a vice-president, which may give her power to influence the composition of the new executive.

In an interview with EURACTIV.com earlier this week, Foreign Minister Jacek Czaputowicz said Poland was looking for an “economic” post. “We know how to do it, we are developing quickly, and we have one of the highest paces of economic development.”

But Polish MEP Zdzisław Krasnodębski recently said the government might also be interested in the agriculture, common market, or trade portfolios.

The former vice-president of the European Parliament also revealed that besides Emilewicz, other ministers have a chance to be nominated: Jerzy Kwieciński, minister of investment and development and Konrad Szymański, secretary of state for European affairs.

However, Poland is not the only country interested in the energy job. Sources told EURACTIV Romania that Bucharest could also be interested but the ruling socialist party PSD will nominate a Commissioner only after the portfolios are handed out.

Slovakia also wants the energy portfolio. The Slovak nominee for the European Commission, Maroš Šefčovič, who is now vice president for the Energy Union, is eyeing the industry or energy portfolio. According to EURACTIV Slovakia, giving energy to Šefčovič could “compensate” for the lack of geographical balance in the distribution of EU top posts.

Two Czech MEPs, Kateřina Konečná (GUE/NGL) and Alexandr Vondra (ECR) have told Czech Television that Prague should fight for the energy portfolio. However, PM Andrej Babiš has previously said that the country would seek the internal market portfolio.

Alan Riley, a senior fellow at the Atlantic Council, believes that Lithuania could get the energy portfolio. According to him, as of January next year, the EU could face a serious energy crisis, because the gas transit agreement between Ukraine and Russia comes to an end, and a Commissioner from an East European country, who knows the region, could be helpful.

It’s all about climate. According to AFP, France would like an important economic portfolio or the climate post. Pierre Moscovici has held economic affairs, tax and custom unions since 2014, while his predecessor Michel Barnier was responsible for the internal market between 2010 and 2014.

Paris believes that having the trade or the climate portfolio will help accelerate the climate transition. President Macron has been insisting on only signing trade agreements with countries which are part of the Paris agreement. (EURACTIV.fr)

Stalemate on migration proposal. Germany’s proposal for a binding distribution mechanism for migrants rescued at sea to EU member states, which voluntarily participate in the quota scheme, failed to convince enough countries at a council meeting in Helsinki. Shipwrecked migrants currently often have to wait for several days on rescue boats in the open sea, before countries decide on their relocation.

“This is a procedure that is unworthy of Europe,” said Horst Seehofer, Germany’s interior minister, in Helsinki. France, which supports Germany’s proposal, wants to host a new meeting in Paris on Monday. A final decision isn’t expected before September. According to different sources, the two countries are trying to convince up to 15 EU member states to take part in the quota system.

Fines to pro-climate pupils. The city of Mannheim has issued the first fines to pupils skipping school to participate in “Friday for Future” climate strikes. High school students have to pay €88.50 each for missing two hours of classes in May. The weekly demonstrations are highly debated in Germany, with one side saying that demonstrations should be organised outside school hours and others arguing that rallies on weekends wouldn’t get the same attention. Those striking in Berlin today (July 19) will, however, get a prominent visitor: the movement’s founder, Greta Thunberg. Read also: S&D chief: Conservatives and liberals didn’t allow Greta to speak in EU Parliament

Sánchez warned Iglesias that if Podemos does not support him in the investiture vote due next week, he won’t offer him again the opportunity to take part in a “cooperation” government with members of Iglesias’ party. “Afterwards, there will be no offer,” Sanchez told TV station La Sexta.

Iglesias insists that Podemos members should be given ministerial positions while Sanchez opposes it, saying that he can only offer high posts in other public bodies. (EuroEFE.EURACTIV.es)

Close to crisis. Chaos reigns in the government after the two co-ruling parties voted differently on Ursula von der Leyen’s election as Commission president. Lega’s leader Matteo Salvini accused Five Star Movement of betraying the Italian people by voting in favour of a candidate proposed by Macron and Angela Merkel.

In a video message, Five Star’s Luigi Di Maio revealed that Lega initially agreed on her candidature, but they backed down at the last moment. “At some point, they say no to VDL, as she no longer ensured that Italian Commissioner would be appointed from Lega,” he said.

Meanwhile, Lega’s number two Giancarlo Giorgetti told President Sergio Mattarella that he has withdrawn from the race to become the next Italian Commissioner. (Gerardo Fortuna, EURACTIV.com)

Surprising EP Committee chair for Slovakia. Slovak MEP Lucia Ďuriš Nicholsonová (Freedom and Solidarity, ECR) has been elected as the chair of EMPL committee in the European Parliament. “I am a result of political negotiations, but I want to be the beginning of a constructive dialogue aiming for a substantial improvement for citizens”, she said. Her election became possible after Poland’s Beata Syzdlo proved to be a politically unacceptable choice for the committee. Ďuriš Nicholsoná had been considering the possibility of returning to Slovakia after the March 2020 election, but the new job may change her plans. (Zuzana Gabrižová, EURACTIV.sk)

Czechia wants active and pro-European Visegrad Group. During its Visegrad Group Presidency, the Czech Republic wants to focus on strengthening a coalition potential of V4 countries within the EU, Czech Foreign Minister Tomáš Petříček said on Thursday. According to him, the Czech Republic, Slovakia, Poland and Hungary should not be perceived as “blocking countries”. They should instead be more active on the deepening of the internal market or defence cooperation. The Czech government also wants to emphasise the importance of the Eastern Partnership and EU enlargement. (Lukáš Hendrych, EURACTIV.cz)

Romania’s Constitutional Court has rejected two draft laws that aim to forbid granting amnesty or pardons for corruption convictions. The Constitutional judges said this would go against the principle of equality before the law and would suppress human dignity. (EURACTIV.ro)

Finally, a new government. PM Andrej Plenković has brought in six new ministers in the biggest cabinet reshuffle in history. Gabrijela Žalac (EU funds minister) stepped down following a string of scandals and will be replaced by labour and pension minister Marko Pavić, while 34-year old Josip Aladrović will take his portfolio.

Nada Murganić (social care minister) is leaving and will be replaced by Vesna Bedeković. Tomislav Tolušić (agriculture) is going to be replaced by his state secretary Marija Vučković, while career diplomat Goran Grlić Radman will be in charge of foreign policy.

Plenković chose young, loyal and pro-European allies, as a clear signal to the rebellious forces in the party. The only seat left is the Croatian Commissioner, on which the PM has been keeping his cards close to his chest. (Tea Trubić, EURACTIV.hr)

Five times less support to female than to male entrepreneurs. Women in Serbia own just a third of the country’s businesses, while among the enterprises that receive support for business development just one in five is owned by a woman, the National Alliance for Local Economic Development has found. (beta.rs, EURACTIV.rs)