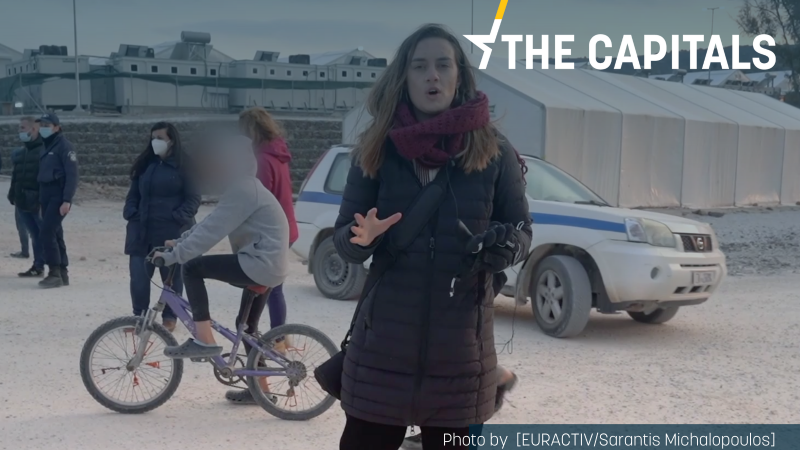 ***EURACTIV is looking for a journalist to join its editorial team in Brussels to cover French politics and policies. If you are interested, please follow the link here.

The dull polls of spring. Everyone likes a good election, but April won’t provide one. Instead, we are being served up possibly Europe’s least interesting set of polls in 2022: a tale of three autocrats and Europe’s erstwhile poster boy, French President Emmanuel Macron. Read more.

Today’s edition is powered by EuropaBio

EuropaBio is delighted to launch the 10th edition of the European Biotech Week. A week-long series of events all over Europe aims at highlighting the role of biotech in everyday life. Become an #EBW2022 partner and register your event or submit an essay!

The European Commission expects Greek authorities to put proper safety measures in place for a new migration camp on the Greek island of Lesvos planned in a forested area next to a landfill, a Commission spokesperson told EURACTIV.com.

In a visit to the island of Lesvos, EURACTIV journalists Natasha Foote and Sarantis Michalopoulos tried to get to the new camp (VIDEO), but were forced to give up after several kilometres of inaccessible dirt tracks. Watch the video report here.

Energy sanctions now on table for Germany. Oil and gas sanctions are one of the options Germany will consider following the atrocities Russian troops committed on the outskirts of Kyiv, Defence Minister Christine Lambrecht said. Read more.

Macron holds first and last campaign rally ahead of election. President Emmanuel Macron held his first and probably final political campaign rally on Saturday – eight days before the first round of the presidential election on 10 April. Read more.

Dutch COVID-19 hospitalisations drop 10%. The number of people in the Netherlands hospitalised for COVID-19 reached 1,714 on Sunday, 10% less than the week before. The number of patients in intensive care units (ICUs) was 117, the lowest since July 2021. Read more.

Austria pledges €7 million to support Moldova. During a visit to Moldova alongside his Czech and Slovak counterparts, Austrian Foreign Minister Alexander Schallenberg pledged to provide increased aid to Moldova as it buckles under the influx of refugees. Read more.

Wind and nuclear to lead government energy strategy. The government is set to unveil a new energy strategy this week that will shift the UK away from oil and gas imports as it faces hefty price increases and supply disruption caused by Russia’s invasion of Ukraine. Read more.

Ireland ‘determined’ to avoid recession prompted by war. Avoiding a recession due to the Ukrainian war will be difficult, but Ireland’s government is determined to do so, Deputy Prime Minister Leo Varadkar said this weekend. Read more.

Finnish PM says NATO membership must be decided in spring. Finland’s decision on NATO membership should be made in the spring, Prime Minister Sanna Marin told the Social Democratic Party Council on Saturday without revealing her personal view. Read more.

Pro-Russia, pro-Ukraine protesters ‘meet’ in Athens. Two different demonstrations, one backing Ukraine and another pro-Russia had an intense “tête-a-tête” in the centre of Athens, Greek media reported. Read more.

Italy condemns atrocities in Bucha. Italian Prime Minister Mario Draghi condemned the crimes committed in Bucha and other areas liberated by the Ukrainian, defining them as “shocking”. Read more.

Poles eye Nuremberg-style tribunal for Russian leaders. The manner in which Russian soldiers allegedly killed Ukrainian civilians in the Kyiv region has reminded Poles of the Katyn Massacre – a series of mass executions carried of nearly 22,000 Poles carried out by the Soviet Union during the Second World War. Read more.

Romania’s PNL chief resigns, PM’s favourite to succeed him. The leader of the National Liberal Party (PNL), the largest centre-right party in Romania, has resigned while he was on an official visit to the US, and current Prime Minister Nicolae Ciuca is favoured to succeed him. Read more.

Ukrainian refugees consider making Croatia their permanent residence. Over 11,000 Ukrainians have sought refuge in Croatia after their country was invaded by Russia, and a considerable number of them might stay for good, according to estimates by the Ukrainian community in Croatia. Read more.

Serbian elections end with higher voter turnout than 2020. Serbian citizens voted for the president of the state and all 250 members of parliament on 3 April, with turnout estimated to be higher than in the 2020 parliamentary elections. Read more.

Dubrovnik, BiH row over airport construction. Dubrovnik Mayor Mato Franković has sent a request to Bosnia and Herzegovina’s Council of Ministers to halt the construction of an airport in Trebinje until the project’s impact on the source of the River Ombla is assessed. Read more.

Albanian businesses believed to be engaged in tax fraud to be audited. Albanian Prime Minister Edi Rama announced that a team of investigators would audit Albanian companies and those found paying their workers under the table will be prosecuted. Read more.