EU flags at half-mast after death of parliament speaker Sassoli 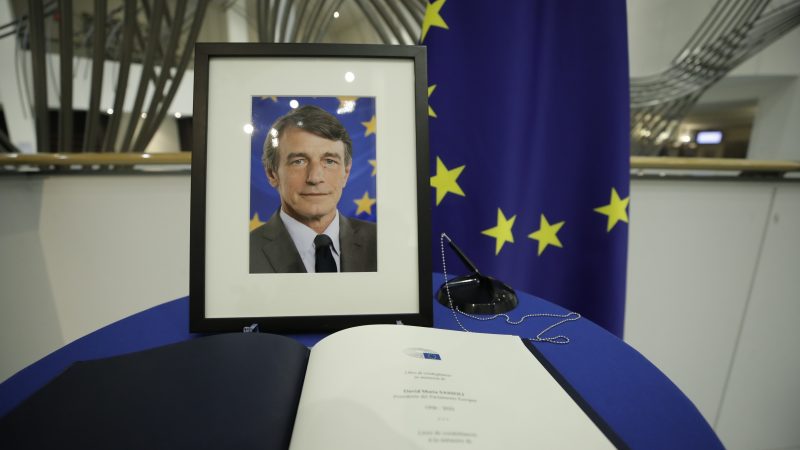 EU flags flew at half-mast for European Parliament speaker David Sassoli, who died Tuesday (11 January) aged 65, as tributes flowed in from leaders and officials from around the 27-nation bloc and beyond.

“Today is a sad day for Europe,” European Commission chief Ursula von der Leyen said, referring to the Italian former journalist and longtime MEP whose 2.5-year term presiding over Europe’s legislature was to end this month.

Sassoli died in the early hours of Tuesday in the hospital where he had been admitted on December 26 for what his spokesman had said was “a serious complication due to a dysfunction of the immune system”.

“David Sassoli passed away at 1.15amon 11 January at the CRO in Aviano, Italy, where he was hospitalised,” the spokesman, Roberto Cuillo, tweeted.

The parliament’s acting speaker is now its highest-ranking vice-president, Roberta Metsola, a Maltese politician who was already tipped to succeed Sassoli.

Dozens of members of the European Parliament (MEPs) gathered on the steps of the building they use in Brussels for a minute’s silence in homage of Sassoli, followed by a round of applause. 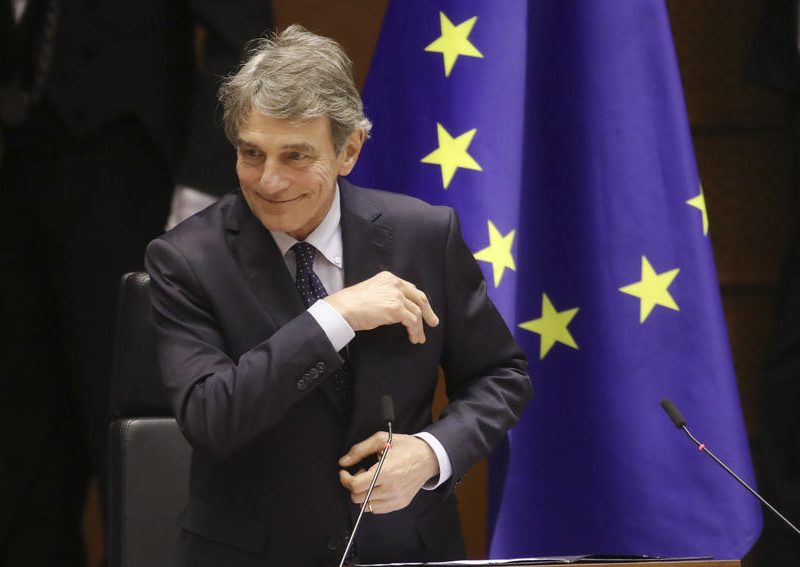 David Sassoli: A great pro-European and a great president of European Parliament

With David Sassoli, we have lost a great President of the European Parliament and a personality who is part of the Italian pro-European tradition writes Roberto Castaldi.

Sassoli headed the 705-seat European Parliament, one of the top three EU institutions.

But it is the European Council, representing the 27 member states’ governments, and the European Commission, which is the EU executive, that are seen as more influential outside Brussels.

Under EU treaties, the official seat of the parliament is in the French city of Strasbourg, but MEPs spend most of their time and do much of their work in Brussels, where they have offices and another chamber.

While the members are elected for five-year terms, the speaker usually gets a mandate for half that period under a power-sharing arrangement between the parliament’s biggest political groups.

The current members took up their mandates in July 2019.

Sassoli, part of the centre-left Socialists and Democrats grouping, is expected to be replaced by Metsola, the candidate of the centre-right European People’s Party grouping. Sassoli had prior to his death indicated he would not seek re-election.

His body will lie in state all day Thursday in Rome’s Campidoglio, or Capitoline Hill, before a Friday midday funeral in the city’s Santa Maria degli Angeli basilica, his spokesman said.

Sassoli had previously been admitted to hospital in September last year for pneumonia, and before his final hospitalisation he was seen in public looking wan, his hair sparse.

EU leaders and politicians were effusive in their praise of the speaker. Many used Italian in their tributes – mirroring Sassoli’s own linguistic practice, which stood out in EU business commonly carried out in English and French.

Von der Leyen, wearing all black, said in Italian and in English that Sassoli was “a passionate European, a sincere democrat, and a good man” whose legacy was that “he wanted Europe to be more united, closer to its people, more faithful to our values”.

European Council President Charles Michel tweeted in Italian, and French, that he was “sad and moved” at the news of Sassoli’s passing, and remembered the speaker’s “human warmth, his generosity, his amiability and his smile”.

Metsola, the acting speaker, said she was “heartbroken” at his death.

Italian Prime Minister Mario Draghi issued a statement lauding Sassoli as “a man of the institutions, a profound pro-European, a passionate journalist… a symbol of balance, humanity and generosity”.

He added: “His premature and sudden death is shocking.”

UNHCR chief Filippo Grandi tweeted his gratitude for Sassoli’s support in defending refugees’ rights. “May he rest in peace,” he said. 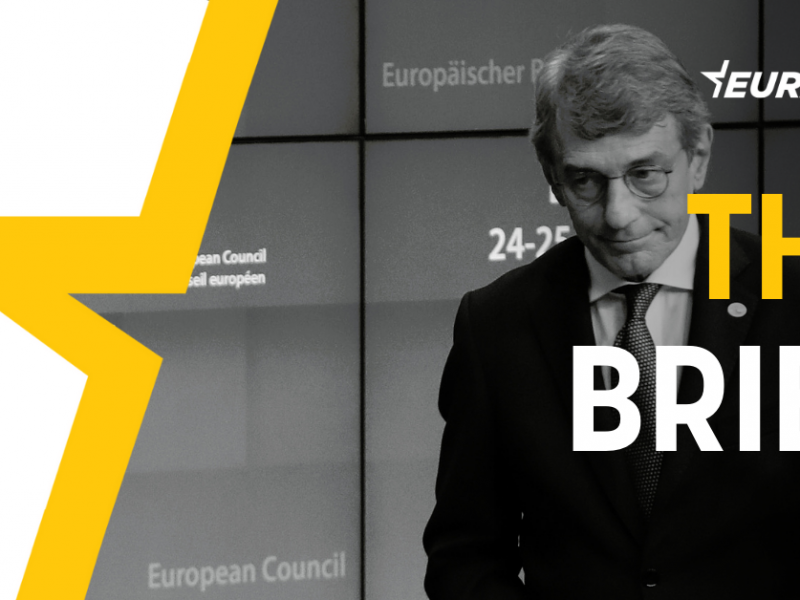 Europe woke up in a state of shock today, mourning the death of David Maria Sassoli, the good president.