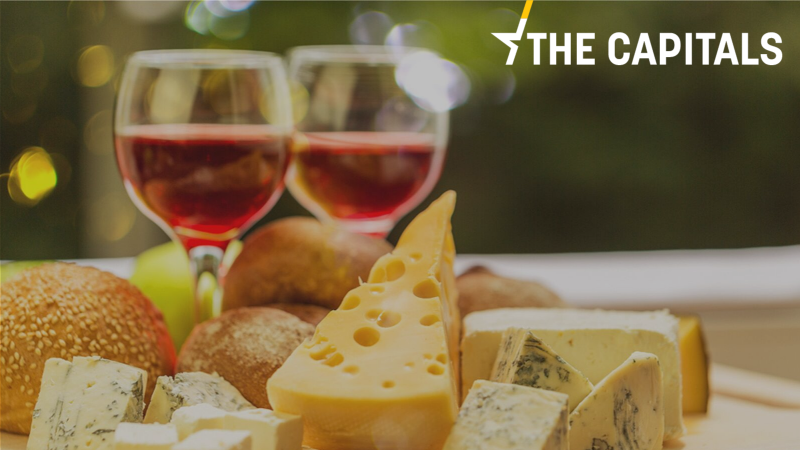 EURACTIV’s network reported on the different reaction in the bloc as well as the main challenges each country faces in the trade row with Washington. [Shutterstock]

Before you start reading The Capitals today, you need to know that EURACTIV Media Network for Europe is celebrating 20 years of free, independent reporting with European values at its core. Check our campaign “20 Visions for Europe“.

Make sure you also have a look at “Bordeaux winegrowers want to leave chemicals behind to save our environment” as part of EURACTIV’s final entry for the special report: “European winemakers grapple with environmental questions“.

Also have a look at “No future for gas without greening as soon as possible“, as part of our special report entitled “Biogas in the EU“.

Τhe US administration has decided to impose 10-25% tariffs on European goods after a World Trade Organisation (WTO) had ruled in favour of the US and against the EU over subsidies for Airbus, a European aircraft manufacturer.

The tariffs concern imports of EU products worth a total of  €6.8 billion, ranging from Italian cheeses to French wines and Scotch whiskey. The decision has triggered strong reactions across Europe and threatens to escalate an already heated transatlantic trade row.

In Brussels, the European Commission said applying countermeasures now would be “shortsighted and counterproductive”. The Commission stated that it aims to negotiate and find a comprising solution, adding that US consumers would be the most affected.

EU wine producers are not happy at all. They have said that the loss in US market share for the French, German, Spanish and UK operators “would take a long time to recover”.

EURACTIV’s network looked into the different reactions and main challenges the bloc could face because of this trade row with Washington.

In Berlin, Foreign Minister Heiko Maas has backed a tough line against the US. “The EU will now have to react and (…) will probably impose punitive tariffs,” he said, noting that the US rejected the EU’s offer for an amicable solution and instead went down the confrontation path.

“We think this is wrong because workers and consumers on both sides of the Atlantic are paying the price,” the minister added.

Germany’s economy will be particularly affected when it comes to products such as tools and camera lenses. But the real fear for Germany is for its aviation and automobile industries.

According to a study by the Kiel Institute for the World Economy, punitive tariffs would hit Germany and France particularly hard, as the additional 10% levy on the import of aeroplanes will affect the Airbus consortium. However, the situation might be completely reversed if the WTO, in its next decision expected in six to eight months’ time, empowers the EU to introduce punitive tariffs on US goods for American subsidies to Boeing.

What Germany, as a country that relies heavily on its automobile industry, fears the most is the introduction of auto tariffs should the EU-US trade war escalate. (Claire Stam, EURACTIV.de)

In Spain, the US tariffs are expected to deal a severe blow to the agricultural sector. “This is not good news for Spain, in particular for the agri-food sectors,” the Spanish Minister of Agriculture Luis Planas said, adding that it shows a lack of respect for multilateral trade based on rules.

EURACTIV’s partner EFE reported that Spanish cheese, wines and olive oil would be among the products directly affected. According to the financial newspaper “Cinco Días”, exports of Spanish wine and cheese to the US were worth over €700 million in 2018.

The Ministry of Agriculture, Fisheries and Food, as well as other public departments and ministries, will meet in the coming days with all sectors affected by the tariffs. The aim will be, if action is deemed necessary, to reach consensus on “a common position” on how to react or respond to the US measures.

At the end of August, when Trump raised the possibility of a tax on French wines, former MEP and president of the regional council of the Provence-Alpes-Côtes d’Azur region, had sent two cases of rosé to the US President, offering him to drink the rosé rather than tax the beverage. But it seems it did have any big effect.

The French federation of wine and spirits exporters deplored the US decision and called for a negotiated solution. The US is the first export market, though other markets like China have grown recently. Wine of less than 14% alcohol is concerned, meaning practically all French wines.

Another sector affected is cheese: Many French types of cheese will also be overtaxed between 10 and 25%, but not Roquefort, which had already been taxed at 100% by the Clinton administration in retaliation to the ban on the import of hormone-treated beef into Europe. The president of the “Fromage de Terroirs” association, Véronique Richez-Lerouge, proposed a tax on RTL in return for Coca-Cola. “We are in a trade war and I think that at some point we also need to tax American products or raw materials,” she said.

Italy’s government has reiterated its commitment to persuade US President Trump to change his mind on punitive tariffs, at least on Italian products. US Secretary of State Mike Pompeo is in Rome for the next few days. In two weeks, Italian President Mattarella and foreign affairs minister Luigi Di Maio will fly to Washington, where they will also meet the US President.“We’ll do everything to limit further damages,” said PM Conte, adding that they’re also working on a plan to ensure compensation at the EU level.

But Agriculture Minister Teresa Bellanova made no secret of her anger. “Italy should not pay for something that is not our responsibility,” she argued. Bellanova pointed out that Italy got dragged into the trade war, despite the country not being part of the Airbus consortium.

Among the Italian products hit by an additional 25% levy, there are almost all kinds of cheese and other dairy products, as well as ham and pork meat products and liquors, while extra virgin olive oil and prosecco remained untainted by tariffs.

Greek products such as cheese, yoghurt, fruits and processed milk will be mainly affected by the US tariffs. With regards to peaches, which were already hit by the Russian embargo, the loss for compost industries in Greece is estimated €50 million, an expert told EURACTIV’s partner Athens-Macedonian News Agency.

Similarly in Prague. The impact of the US tariffs on select goods should not exceed a loss of €40 million for Czech companies, analysts have suggested according to the Czech News Agency. These measures would affect them indirectly, via exporting Czech products to other EU countries, which trade with the US. The real threat is further escalation of the dispute between the EU and USA, they claim.

In other news from the Capitals…

Far-right wants an alliance with Russia? Janusz Korwin-Mikke, the controversial leader of the far-right KONFEDERACJA party said that if Poland could not secure the same level of alliance with the US as Israel has, it should side with Russia. Korwin-Mikke, a former MEP, is known for his controversial statements, and his party currently polls at 4-7% ahead of the 13 October parliamentary elections. It is one of the small parties (rural PSL/EPP is the other one) whose result can determine the composition of the ruling coalition after the elections. (Łukasz Gadzała, EURACTIV.pl)

V4 is not always V4. Slovakia has kept its distance from Czech PM Andrej Babiš’s support for Erdogan’s plan of a safe zone in Syria, which Babiš extended in the name of the entire Visegrad group. Turkey intends to relocate 2 million refugees in the zone. The Slovak Foreign Ministry reacted, saying this plan “bears a considerable potential of new ethnic tension in Syria,  besides other risks”. (Zuzana Gabrižová, EURACTIV.sk)

V4 agree on funds and Serbia. The Visegrad Four countries, the Czech Republic, Slovakia, Poland and Hungary, want the amount of cohesion policy funds in the 2021-2027 EU budget to remain unchanged, the V4 presidents said at Prague summit yesterday. They also agreed on supporting Serbia in its efforts to join the EU.(Ondřej Plevák,EURACTIV.cz)

‘Unfair’ battle with Turkey for VW’s investment. The European rules have been Bulgaria’s biggest obstacle in attracting more than €1 billion investment from Volkswagen, according to key figures from the Bulgarian government and former president Rossen Plevneliev.

One of the main reasons for Bulgaria’s loss is the large state aid Turkey promised to VW, including the guaranteed purchase of part of the car factory’s production, according to the Bulgarian authorities. “In the negotiations to attract Volkswagen in Bulgaria, we have done everything we can and even more”, Finance Minister Vladislav Goranov said on Thursday (3 October).

Support for a human rights organisation. Responding to reports that the Bulgarian Helsinki Committee (BHC), the biggest human rights organisation in Bulgaria, has been threatened with dissolution after a party in the Bulgarian ruling coalition (VMRO-BND) accused it of “openly anti-Bulgarian activities”, Amnesty International’s Europe Deputy Director Massimo Moratti said: “This is an unprecedented attempt to silence independent and critical voices by the authorities in Bulgaria. As a member of the European Union, Bulgaria has a responsibility to uphold the rule of law, and we expect the Prosecutor General to firmly reject the request for dissolution.”

Yesterday (3 October) more than 70 Bulgarian and 40 foreign organisations expressed their support for the Committee. On 30 September, the political party VMRO-BND wrote to Bulgaria’s Prosecutor General to terminate the registration of the Bulgarian Helsinki Committee.

The party argued that BHC’s activities, including organising seminars with prosecutors and judges and representing clients before the European Court of Human Rights and domestic courts, were interfering with judicial independence. (Dnevnik.bg)

No worries about currency. Romania’s central bank is not worried by the leu’s recent depreciation against the euro, said governor Mugur Isarescu. This year, the Romanian currency has seen a far less impressive drop compared to currencies in Central and Eastern Europe. And the leu fluctuated in a narrow margin over the summer season, the central bank’s head said. After it held a monetary policy meeting on Thursday (3 October), the central bank has kept its reference rate unchanged at 2.5%. (EURACTIV.ro)

New tax legislation. The Slovenian government has passed a set of new tax laws to boost the economy’s competitiveness. The changes in the area of income tax are aimed at tax breaks for those with middle income, while the highest income tax rates will be up to 50%. Capital gains tax will rise from the current 25 to 27.5% early next year, but the government has dropped its planned corporate tax hike during the public debate on tax reform, so it remains at 19%.

The Slovenian finance ministry has said that the changes were a sign of tax optimisation, which will further reduce tax burdens on labour and, thus, increase economic competitiveness, but also preserve the stability of the economy and its sustainable growth. (Željko Trkanjec, EURACTIV.hr)

Vučić calls on V4, Slovenia to support Serbia en route to the EU. Serbian President Aleksandar Vučić urged in Prague the presidents of V4 and Slovenia to support Serbia on its path to the EU during a meeting in Prague. He also called on these countries to represent Serbia in the Union, adding that he was confident that Serbia, “as a loyal and devoted friend,” would be able to contribute to both the EU’s progress and the rapid development of bilateral relations. (EURACTIV.rs)

Russia as the biggest investor. Foreign direct investment in Bosnia and Herzegovina reached €332 million in the first half of 2019, up from €212 million in the same period of 2018. The top investor was Russia, with €135 million invested, followed by Croatia (€58 million) and the Netherlands (€42 million). (Željko Trkanjec, Euractiv.hr)