The EU Ombudsman has opened an investigation into the controversial promotion of European Commission chief Jean-Claude Juncker’s right-hand man, it said on Monday (14 May).

The probe follows complaints lodged by Dutch and French members of the European Parliament about the sudden rise of Martin Selmayr, said European Ombudsman Emily O’Reilly in a letter to the commission dated 8 May.

Letter opening cases 488/2018/KR and 514/2018/KR on the European Commission’s appointment of a new Secretary-General https://t.co/RCuexNCXlA via @EUombudsman Ombudsman keeps kicking the #Selmayr can

The European Parliament last month overwhelmingly backed a motion slamming the “coup-like” elevation of Germany’s Selmayr to the top civil service post in the 30,000-person commission in February.

However MEPs stopped short of asking Selmayr to step down and the Commission to relaunch the appointment procedure. 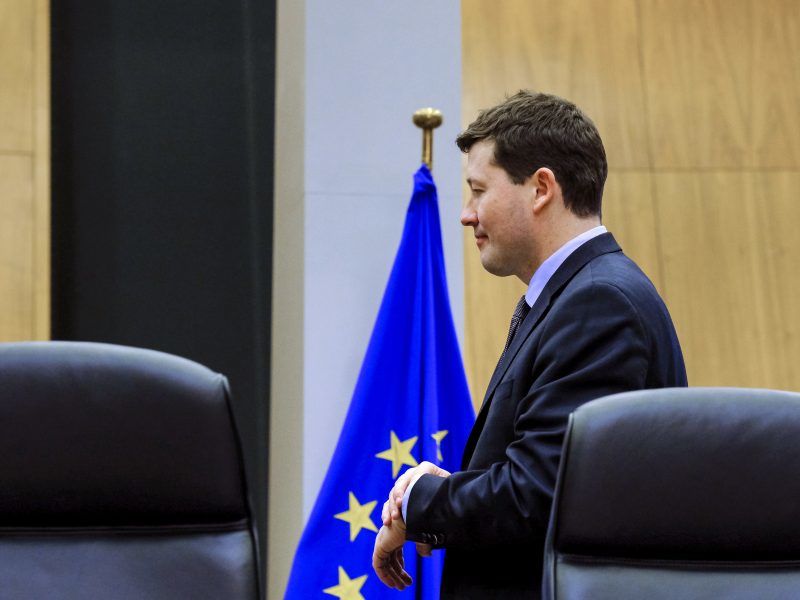 A huge majority of MEPs adopted on Wednesday (18 April) a resolution describing the appointment of Martin Selmayr as Secretary-General of the European Commission “as a coup-like action which stretched and possibly even overstretched the limits of the law”.

The ombudsman is giving the Commission until 15 June to answer seven questions on the conditions of Selmayr’s shock appointment to the highly influential post of Secretary-General.

“We received the letter and we will reply within the deadline indicated,” European Commission spokesman Margaritis Schinas said on Monday without further comment.

O’Reilly intends to base her inquiry on the examination already carried out on the subject by MEPs.

In particular, the ombudsman has asked the commission how it will react to the issues raised in the case — known in Brussels as “Selmayrgate” — and whether it has severely damaged confidence in the EU.

O’Reilly noted that the European executive acknowledged “shortcomings” in its communication and asks what measures it intends to take “to improve the treatment of legitimate and valid questions raised by the media”.

Selmayr was promoted on 21 February to the post of secretary-general, the highest post in the Commission’s administration, a job which had not been advertised.

The row centres on what critics say was effectively an instantaneous double promotion for the 47-year-old Selmayr at a meeting of commissioners on 21 February.

During a single meeting of commissioners, Selmayr was made first deputy secretary general and then just minutes later secretary general when the incumbent, Alexander Italianer, suddenly announced his retirement.

The commission has confirmed that Juncker had known of Italianer’s plan to retire as early as 2015 and had told Selmayr about it.