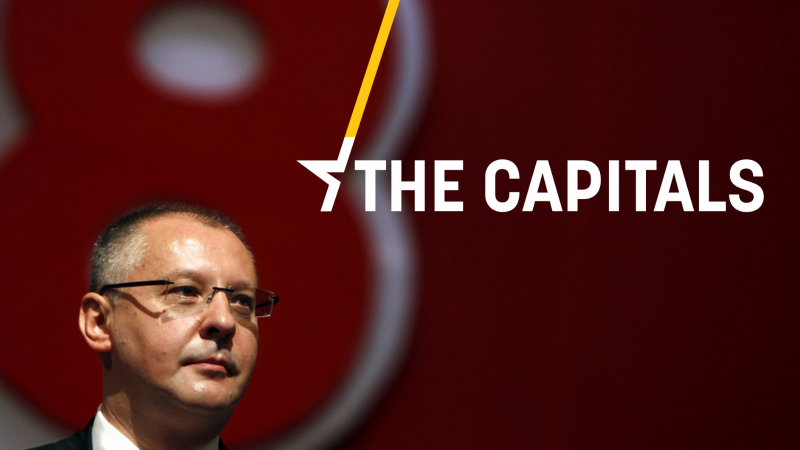 BUCHAREST: The leadership of the European Socialist Party (PES) considers the relations with its Romanian affiliate, the ruling PSD party, to be frozen until “the Romanian Government clarified its commitment to the rule of law and followed the European Commission’s recommendations.”

PES President Sergei Stanishev said in a statement a formal discussion over PSD’s membership would take place at the next PES Presidency meeting in June.

In reality, the relations between PSD and its EU family have not been easy for months now. Except for the Madrid Congress, Romanian socialists avoided attending PES events.

“The way some PES colleagues treat us is unacceptable. We can expect groundless accusations from PSD political opponents, but not from our own family,” PSD said in a press release.

PSD pointed the finger at Stanishev, hinting that the issue wasn’t really discussed in the PES meeting, “so that this position does not reflect the overall opinion of PES.” PSD also asked other socialist parties to clarify precisely the reasons why they are worried.

However, Frans Timmermans, the socialist Spitzenkandidat and first VP of the European Commission, has sent several letters to the Romanian government citing the exact problems that need to be addressed.

In addition, the latest Cooperation and Verification Mechanism (CVM) report also includes recommendations and steps that need to be taken to address rule of law issues. (Bogdan Neagu, EURACTIV.ro)

Labour criticise Assange extradition: WikiLeaks founder Julian Assange should not be extradited to the US because he exposed “evidence of atrocities in Iraq in Afghanistan,” Labour leader Jeremy Corbyn has said.

The US justice department had issued an extradition request for the indictment of Assange, following the Ecuadorean embassy’s decision to revoke his seven-year asylum status. The request is related to a charge for conspiracy to commit computer intrusion as part of his role in the WikiLeaks expose. Read more. (Samuel Stolton, Euractiv.com)

French confused with EU elections and Brexit: The number of future French MEPs remains uncertain following the latest EU Council decision to postpone Brexit until 31 October. In theory, France was expecting to see the number of its MEPs increasing from 74 to 79.

In order to address the situation, the French government is mulling a new law to be able to adjust to both scenarios: a Brexit before the elections in May with 79 candidates, or a Brexit after the elections with 74 candidates sitting in the EU Parliament and 5 waiting for Brexit to really happen. According to Paris, British MEPs will have to give up their seats immediately after the UK’s withdrawal from the EU. (EURACTIV.fr)

Although the latest polls forecast a victory for the socialist party (PSOE), with one of them even giving the socialists enough votes to govern alone, most analysts say everything is still open. The formation of a coalition government of conservatives (Partido Popular), Ciudadanos (Citizens) and far-right Vox, should not be ruled out, analysts suggest. (EuroEFE.EURACTIV.es)

Leftist runners: The new leader of centre-left Partito Democratico (PD-S&D), Nicola Zingaretti, unveiled the party’s candidates for the EU elections. Among them are Italy’s first-ever black minister Cecile Kyenge, the chairman of ECON committee Roberto Gualtieri, and Paolo De Castro, who changed his mind as he first decided not to stand in the elections.

There are also new entries, such as the liberal democrat Carlo Calenda, the head of European Commission’s Representation in Rome Beatrice Covassi, and Caterina Avanza, one of Macron’s campaign officers, who told Corriere della Sera that the French president himself pushed her to join the race. (Gerardo Fortuna, EURACTIV.com)

Delivery boy’s strike: Outdoor workers, also known as delivery boys, took the streets of Athens and Thessaloniki city centres, asking for equal working conditions, mainly to be provided with vehicles and protection clothes from the companies they work for. Delivery boys are underpaid and often without social security. (Theodore Karaoulanis, EURACTIV.gr)

Down in the rankings: The latest rankings on investment attractiveness in Central and Eastern Europe has shown that in the 2016-2018 period Poland came third while in 2013-2015 it was second. The reason is the country’s legislative instability. (EURACTIV.pl)

Salvini finds an ally in Slovakia: Slovak party “Sme rodina (We are family) – Boris Kollár” will join the Europe of Nations and Freedom (ENF), a group led by Italy’s Salvini and France’s Le Pen. Polls give Sme rodina one or two MEPs in the next EU Parliament. The leader of the party, Boris Kollar, is a businessman and celebrity who bought an existing party, renamed it and surprisingly made it to the national parliament in 2016. He has 10 children with 9 women. (Zuzana Gabrižová, EURACTIV.sk)

Not giving up the guns: The Czech government will continue to strive for the abolition of the EU Firearms Directive, even though the Advocate General of the ECJ Eleanor Sharpston wants the court to dismiss the Czech lawsuit. According to the Czech Republic, the directive is too restrictive for owners of legally held firearms. (Ondřej Plevák, EURACTIV.cz)

Chinese interest: China has a great geostrategic interest in the construction of the Belene Nuclear Power Plant, Bulgarian Prime Minister Boyko Borisov has said. He added that Bulgaria offers the creation of a joint venture, investment projects and all modern forms of public-private partnership, but not a state guarantee, as the Chinese insist. Borisov is currently in Dubrovnik for the 16+1 Initiative. (EURACTIV’s partner Dnevnik.bg)

The sorry state of the Bulgarian economy is described in this feature by AFP published today by EURACTIV.

The Bridge: Croatian and Chinese PM, Andrej Plenković and Li Keqiang, said Pelješac bridge, which will link the mainland of Croatia with its southernmost Dubrovnik-Neretva County without passing through BiH, symbolises the cooperation among Croatia, China and the EU. The China Road and Bridge Corporation is constructing the bridge and the EU is covering 85% of the costs.

“I hope the Peljesac Bridge will be an excellent high-quality project that can withstand all rains and winds,” Keqiang said. [More]

Cooperation in shipbuilding: Economy Minister Darko Horvat confirmed that he has talked with members of the Chinese business delegation about their possible engagement in the restructuring of shipyards Uljanik and Third May, both on the brink of bankruptcy. (Željko Trkanjec, EURACTIV.hr)

Slovenia wants to export in China: Slovenian PM Marjan Šarec met with Chinese PM Li Keqiang in Dubrovnik, with an aim to open doors for Slovenian firms in the Chinese market. Among the areas with good prospects for cooperation, the PM mentioned the car and pharma industry, high tech, civil aviation and science. (Željko Trkanjec, EURACTIV.hr)

Serbian Uber in Vienna: CarGo, the Serbian version of Uber, started offering its services in Vienna. CarGo is already operating in Zurich. The company said at its first investment cycle in Vienna, it hired 200 people who will be driving hybrid and electric automobiles. CarGo will have reached 8 more Austrian cities by the end of 2019. (Beta-EURACTIV.rs)

Transit for cocaine: In its annual report on international drug trafficking states, the US State Department said BiH was a transit country for international drug trafficking. “Bosnian criminal groups often operate outside the Balkans, although leaders of such groups and organisations reside in the country,” the report noted, adding that the Adriatic coast is the main entry for South American cocaine destined for Europe. (Željko Trkanjec, EURACTIV.hr)