EU takes Italy to court for not sharing terrorism-related data 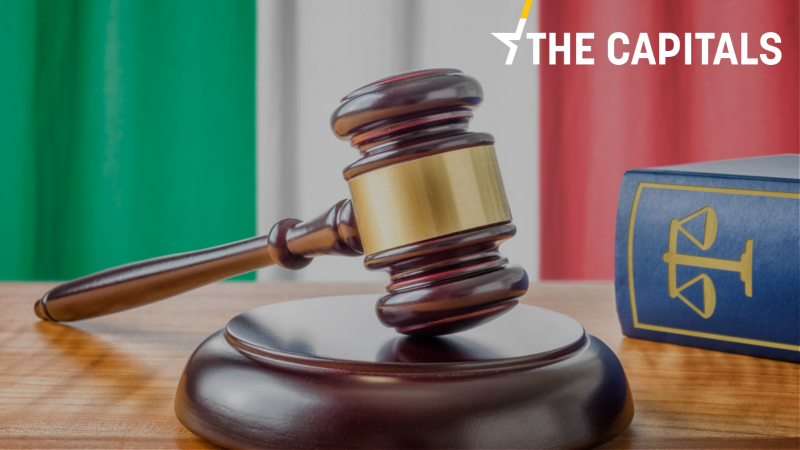 The rules allow member states to swiftly exchange information on DNA, fingerprints and national vehicle registration data, allowing prosecutors and the police to identify suspects and establish links between criminal cases across the EU. [Shutterstock/Zerbor]

Before you start reading today’s edition of the Capitals, feel free to have a look at the article ‘Spanish firm finetunes ‘second generation’ COVID-19 vaccine for EU’s booster campaign‘, by Gerardo Fortuna and Giedre Peseckyte.

The European Commission has referred Italy to the European Court of Justice in Luxembourg for failing to comply with the ‘Prüm decisions’, the rules established by the EU Council of interior ministers in 2008 to strengthen judicial cooperation between member states, which for Brussels are “a fundamental tool in the fight against terrorism and crime”. Read more.

Slovenia: Progress slow in EU migration pact talks. Slovenian Interior Minister Aleš Hojs has said following an informal meeting of EU home affairs ministers that although EU member states would like to see progress in talks on the EU pact on migration and asylum, stances are still diverging. Read more.

Greeks vaccinated with Sputnik in legal limbo. Greek citizens who travelled to Russia or elsewhere to get the Russian or the Chinese jab are currently facing a deadlock in Greece, as the country has not recognised their vaccinations. Read more.

Spain’s new COVID-19 restrictions halt return of tourism sector. Soaring COVID-19 infection rates and tough new restrictions to curb the increase have dealt a fresh blow to Spain’s pandemic-weary tourism and hospitality sectors, especially in sun-kissed resorts along the Mediterranean, the Balearics and the Canary Islands. Read the full story.

Portugal reinstates curfew in 90 at-risk regions. Ninety of a total of 278 municipalities in mainland Portugal (32.4%) are at high or very high risk of COVID-19 infections and will be subjected to more restrictive curfew measures between 11 pm and 5 am, the government said on Thursday. Read more.

Aggressive anti-vaxxers target well-known Slovak doctors. Tensions over vaccines in Slovakia continue to grow as anti-vaxxers have started to protest in front of the houses of pro-vaccine doctors daily Denník N has reported. Read more.

Commission goes after Hungary, Poland over LGBTQI+ rights. The European executive launched three proceedings against Hungary and Poland over what it sees as violations of fundamental rights of LGBTIQ+ people on Thursday, giving Budapest and Warsaw two months to respond to its concerns. Read more.

Slovenia: Sofia, Skopje compromise possible by October. Slovenian President Borut Pahor has said he believed that a solution to the Bulgarian blockade of North Macedonia would be found soon and that this would “restore credibility and trust in the EU” at a meeting with the presidents of Croatia and Austria. Read more.

Black Hawk down in busy Bucharest square. A US military helicopter made an emergency landing in a busy square in the Romanian capital after tearing down two public street lights, although no injuries were reported.

The Black Hawk helicopter was part of a formation rehearsing for the Romanian Air Force Day event when it suddenly began losing height and landed in a roundabout where traffic was cleared by local police. See the video on HotNews.ro. A joint Romanian-US investigation is underway, the US Embassy to Bucharest said. The Romanian authorities cancelled the participation of aircraft in the planned ceremonies. (Bogdan Neagu | EURACTIV.ro)

Slovenia defers key votes to cool political tempers. Slovenia’s governing coalition has decided to postpone votes on two key pieces of legislation to calm down the heated political situation and instead focus on efforts to secure a high vaccination rate before the autumn to prevent a new lockdown. Read more.

Vučić: Countries surrounding Serbia dramatically arming themselves. Serbia “is in a very complex environment and complex political situation,” President Aleksandar Vučić said on Thursday, adding that “this is precisely why the Serbian army is needed as a guarantor of peace and stability and for deterring attacks on our country.” Read more.